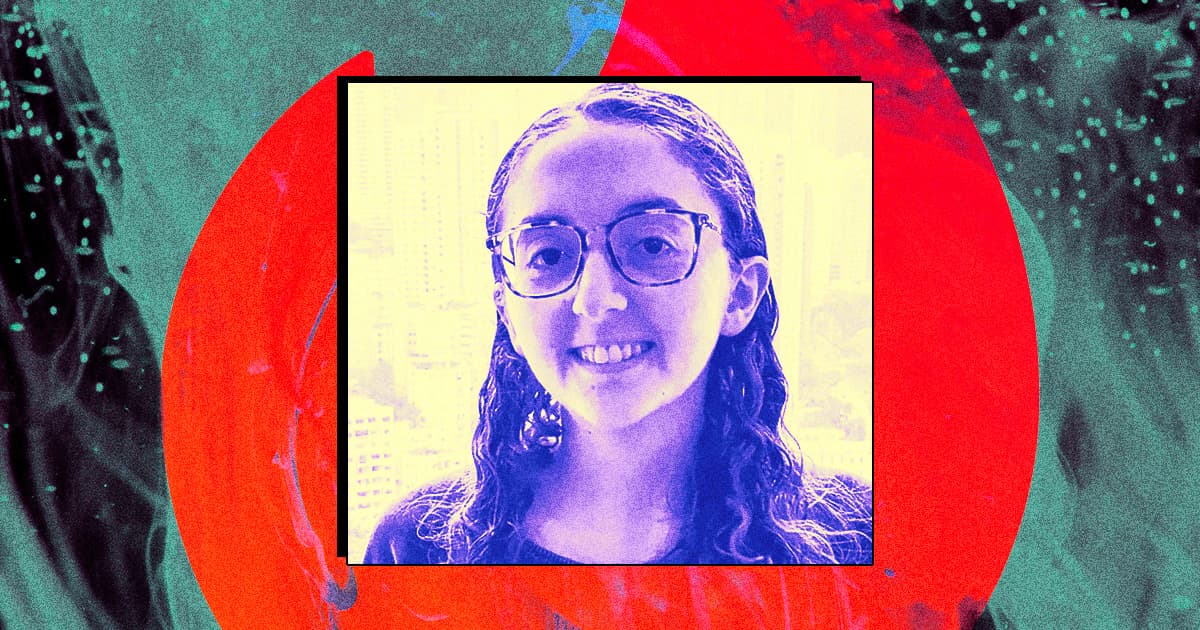 One of the figures embroiled in the fallout from the FTX collapse seemed to joke on her blog about committing financial crimes — and now, she's being sued over it.

Alameda Research CEO Caroline Ellison is accused in one class action lawsuit of a "years-long pattern of racketeering and conspiracy." Included in the suit is a reference to a 2018 Tumblr post in which she appears to have joked about wire fraud, an umbrella term that applies to a range of serious financial crimes.

"How do I signal my genuinely sweet and feminine nature on my dating profile?" Ellison wrote on her now-archived blog, asking whether it should "go before or after the section on wire fraud."

On the same blog, the CEO of Alameda also appeared to refer to a polyamorous lifestyle — a detail which, while prurient, may end up being involved in the numerous suits against Ellison and her reported ex, FTX founder Sam Bankman-Fried, given that the tangled web of business interests seems like it was related to the intertwining relationships between the two (and, perhaps, several others).

For instance, the class action lawsuit referencing the Tumblr, filed by a disgruntled investor on the behalf of others in his situation, alleges that the "appearance of separation" between FTX and Alameda was a legal pretense belied by "complex romantic involvements" between insiders (though, to be fair, some close to the situation have downplayed the romantic intrigue.)

The FTX and Alameda crew would at their shared house in the Bahamas "routinely" discuss and plan out investment strategy for both companies and its other related silos "in light of inside information about market conditions and market-moving opportunities created by their ownership" of the associated firms, the suit alleges.

Pointing specifically to Ellison's "wire fraud" quip, made the month after she started at Alameda, the lawsuit goes on to allege that her "personal blog reveals that she knew she was part of an ongoing scheme to defraud the public as to the true nature of the FTX Group’s business."

To be fair, it's pretty clear that Pierce is royally pissed off at losing all his money, emotion that seems to spill over into his suit. The complaint at one point refers to SBF as "one of the great frauds in history" and claims the disgraced crypto tycoon "fashioned himself a prophet."

Nevertheless, the accusations are serious — and proof positive that people should simply not post.

More on the FTX of it all: Sam Bankman-Fried Hires Lawyer Who Defended Ghislaine Maxwell