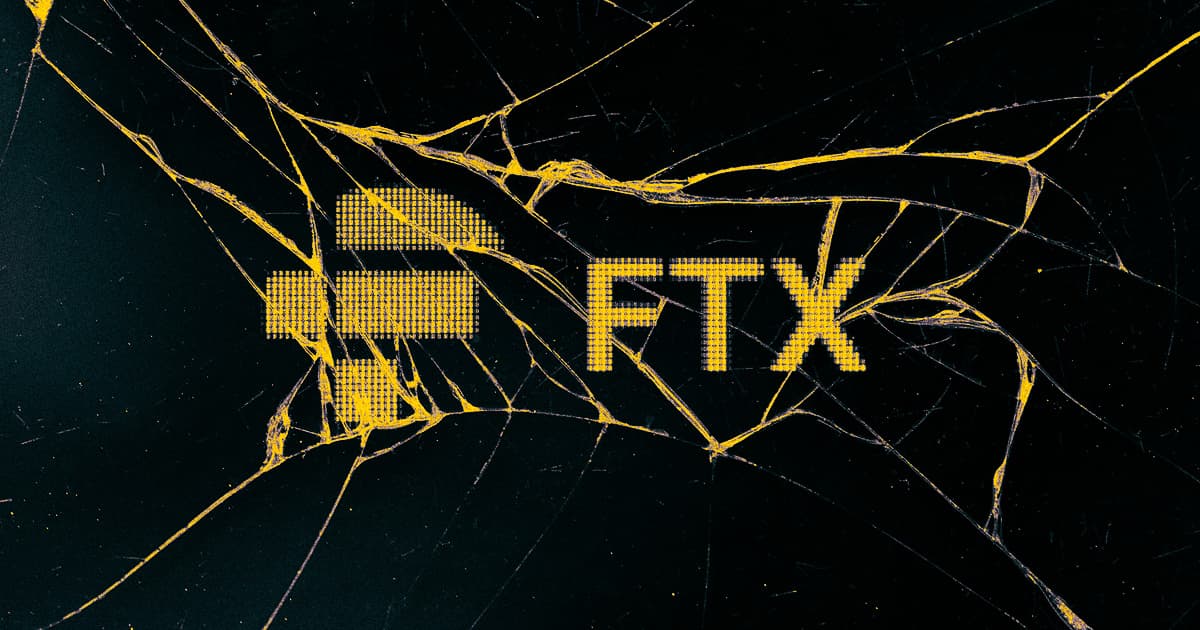 In the early days of the FTX collapse, wunderkind founder Sam Bankman-Fried was so stuck in the mud about saving the exchange that people near him were spinning their wheels trying to get him to do the right thing and step down as CEO.

As the New York Times reports, a trove of leaked internal messages among FTX's inner sanctum reveal that those around SBF were so frazzled by his reaction to the collapse that — among other schemes — they even reached out to his dad to see if he could help assuage his son's initial post-crash delusion.

In the days after FTX first crashed in early November, Bankman-Fried was, per the messages and sources reviewed by the NYT, convinced he could save the firm and bring it back from the brink — even after Changpeng "CZ" Zhao, the owner of rival exchange Binance, told him via text that the company would not be buying FTX in a fire sale because it had "way too many issues."

SBF's Hail Mary was, as the leaked messages reveal, the increasingly far fetched idea of securing additional outside investment amid the crash. He has claimed repeatedly, even after FTX filed for bankruptcy, that he'd been in contact with investors to save the company, and as recently as last week told his former colleagues that "potential interest in billions of dollars of funding came in roughly eight minutes after I signed the Chapter 11 docs."

What's more, he had to be handheld by lawyers through the process of stepping down, which he seems to have resisted furiously. The messages reviewed by the NYT showed that lawyers had to check in on him repeatedly while he looked into John Jay Ray III, a corporate turnaround guru who led Enron through its own implosion in 2001 and is now helming the bankrupt FTX.

"This is an excellent pick and I wholeheartedly hope you sign this tonight," Zach Dexter, an FTX executive, wrote to SBF on the night of November 10. "The faster John is in place, the faster the company can resolve issues that require urgent progress."

Bankman-Fried, who had previously seemed to dodge Dexter's questions about stepping down, appeared to only decide to hire Ray after talking to lawyers, and finally made the decision to do so around four the next morning amid a series of dodged and frenzied messages from his attorneys and advisors.

Shortly thereafter, FTX filed for bankruptcy, the report notes, but SBF nevertheless continued to try to lobby investors even though he was no longer in control of the firm.

Such was the chaos and miscommunication surrounding that moment that, as it turned out, the initial bankruptcy filing erroneously claimed to own firms like Alameda and, curiously, FTX's American arm, when those entities were actually owned by AZA Finance, a company that partnered with the exchange as it ventured into crypto in Africa.

"We had no cooperation of the founders in preparing this week," Miller told AZA execs on Slack. "It was unfortunate."

More on FTX: SBF Says His Lawyers Can "Go F*ck Themselves"

Read This Next
SBF'ed Up
Sam Bankman-Fried Was a Horrible Boss, Former Exec Says
Beanbag Chair Musings
Sam Bankman-Fried, Bored on House Arrest, Starts a Substack
Old School
FTX's New CEO Says Company Did "Old Fashioned Embezzlement"
Locked Up
Sam Bankman-Fried Arrested in Bahamas, Facing US Criminal Charges
Sometimes You Winkleviin, Sometimes You Winklevose
Former Employees Say Problems Were Obvious at the Winklevoss' Exchange Before It Paused Withdrawals
More on Blocknik
Girlbosses
Wednesday on the byte
"Cryptoqueen" Accused of Stealing Billions Suddenly Surfaces
Their Minds...
Jan 28 on the byte
Business Geniuses at Amazon Hard at Work on Hot New Idea: NFTs
Floored Apes
Jan 27 on the byte
Yuga Labs Says Its Bored Apes Are Absolutely Copyrighted, Thank You Very Much
READ MORE STORIES ABOUT / Blocknik
Keep up.
Subscribe to our daily newsletter to keep in touch with the subjects shaping our future.
+Social+Newsletter
TopicsAbout UsContact Us
Copyright ©, Camden Media Inc All Rights Reserved. See our User Agreement, Privacy Policy and Data Use Policy. The material on this site may not be reproduced, distributed, transmitted, cached or otherwise used, except with prior written permission of Futurism. Articles may contain affiliate links which enable us to share in the revenue of any purchases made.
Fonts by Typekit and Monotype.