Scientists Just Made a Major Discovery by Observing Antihydrogen Atoms

"By studying the properties of anti-atoms we hope to learn more about the Universe in which we live." 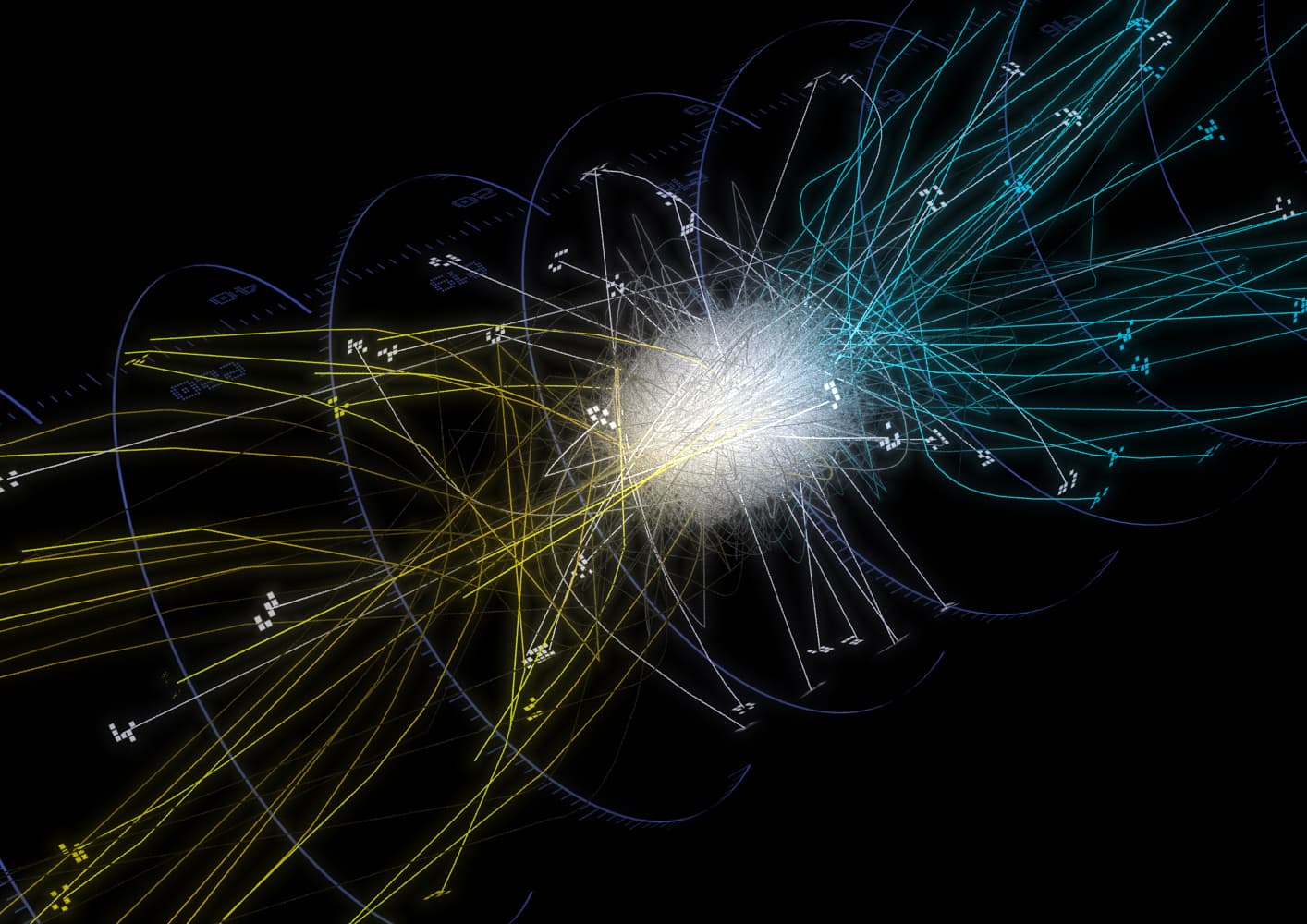 Since matter and antimatter must reflect each other as opposites, the spectral lines of antimatter atoms should reflect those of normal atoms exactly. This has been mere conjecture up until now, since physicists have not been able to observe antimatter spectral lines. However, the ALPHA collaboration at CERN has now replaced the proton and electron of a hydrogen atom with an antiproton and positron, respectively, creating antihydrogen.

The team detected the 1S-2S transition between positron energy levels using UV light in 2016, which reinforced the idea that matter and antimatter are symmetrical. Now, they have flipped the spin of the positron using microwaves. In other words, they have detected two distinct signatures from two transitions, which allowed the team to plot the first antimatter transition line shape and directly measure hyperfine splitting independent of a magnetic field.

“By studying the properties of anti-atoms we hope to learn more about the Universe in which we live,” co-lead author Professor Michael Hayden told Sci-News. “We can make antimatter in the lab, but it doesn’t seem to exist naturally except in minuscule quantities. Why is this? We simply don’t know. But perhaps antihydrogen can give us some clues.”

This discovery could help us answer some of the largest conundrums in physics today. Scientists know that matter and antimatter were created in about equal proportions after the Big Bang, as the universe cooled and expanded, but they can't explain the asymmetry of matter and antimatter, or why antimatter, which annihilates anything it comes into contact with, didn't just wipe out all matter.

“[W]e have yet to answer a central question of why didn’t matter and antimatter, which it is believed were created in equal amounts when the Big Bang started the Universe, mutually self-annihilate?” co-author Professor Mike Charlton said to Sci-News. “We also have yet to address why there is any matter left in the Universe at all. This conundrum is one of the central open questions in fundamental science, and one way to search for the answer is to bring the power of precision atomic physics to bear upon antimatter.”

Read This Next
Positron Electron
Neutron Star's "Halo" Could Help Solve Antimatter Mystery
Atom Smash!
Vast New Particle Accelerator Would Dwarf Large Hadron Collider
Futurism
CERN Researchers Are Planning to Trap and Truck Antimatter From One Facility to Another
Futurism
"Holy Grail" Particle: New Physics Research Shows Tetraquarks Must Exist
Futurism
Physicists Made the Most Precise Measurement of Protons' "Magic Moment"
More on Hard Science
Warped Tour
Feb 2 on futurism
Professor Believes Door to Warp Drive May Lie With Ethylene Glycol
Sky Bursts
Feb 2 on the byte
Astronomers Intrigued by 25 Mysterious Repeating Radio Signals From Deep Space
Tractor Beam
Jan 26 on the byte
Scientists Build Working Tractor Beam, Although It's Comically Tiny
READ MORE STORIES ABOUT / Hard Science
Keep up.
Subscribe to our daily newsletter to keep in touch with the subjects shaping our future.
+Social+Newsletter
TopicsAbout UsContact Us
Copyright ©, Camden Media Inc All Rights Reserved. See our User Agreement, Privacy Policy and Data Use Policy. The material on this site may not be reproduced, distributed, transmitted, cached or otherwise used, except with prior written permission of Futurism. Articles may contain affiliate links which enable us to share in the revenue of any purchases made.
Fonts by Typekit and Monotype.