Coldplay announced it wouldn't go on tour for the environment. Will other eco-conscious groups follow suit? 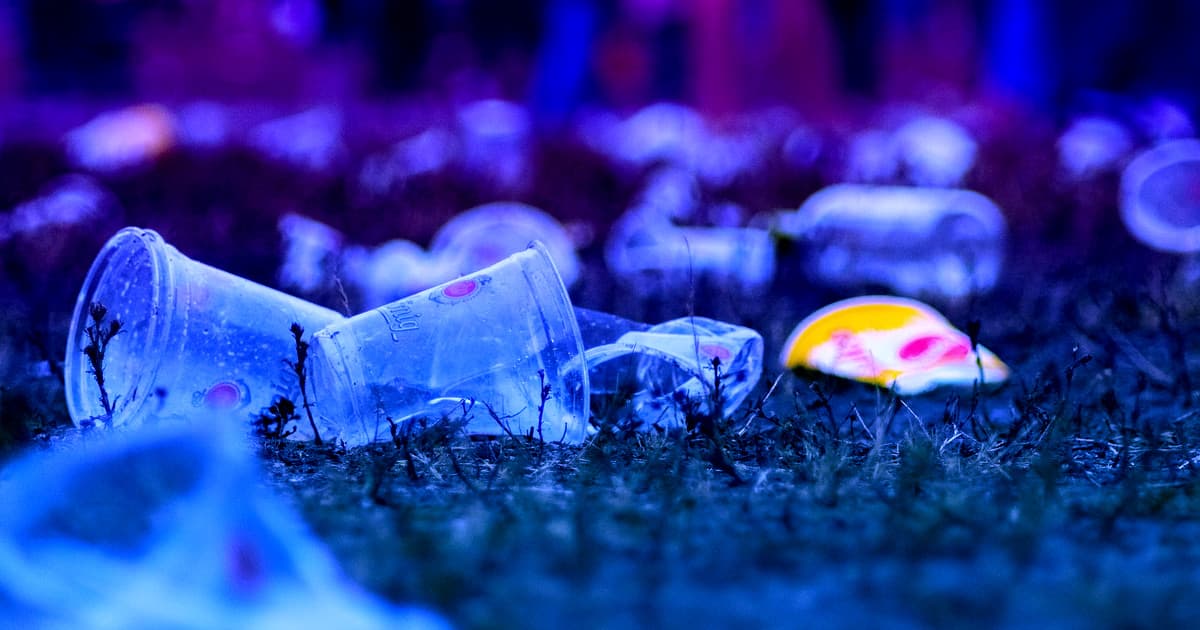 In November, popular British rock band Coldplay announced that it would not be touring to promote its newest album "Everyday Life," specifically because of the environmental impact of a global tour, The New Yorker reports.

As musicians rely heavily on touring for revenue — which means more gas guzzling tour busses and cross-country flights — bands are grappling with how they can keep playing their music, and making a profit, without leaving a massive carbon footprint.

"As glorious and life-affirming as live music can be, the magnitude of the enterprise — how much carbon a tour produces, how much waste a concert generates — can be troubling," reporter Amanda Petrusich wrote in The New Yorker.

Pretty much every element of touring has an environmental cost: flying an entire band and their gear across the world, feeding and housing the musicians and staff, powering instruments and amps — let alone the energy it takes for lights and sound at the performance venues themselves.

Of course, it’s much easier for a highly successful band like Coldplay to say no to touring, because they can still generate a solid income from streaming and album sales. (Though as Petrusich points out, Coldplay’s previous tours have spanned over a hundred shows across multiple continents — so the financial loss for the band is likely quite significant.) But for less established musicians, it’s not always a viable option.

The New Yorker cites a research paper in the academic journal Popular Music. In it, UK researchers studied the tours of five musicians using a carbon-tracking tool to measure their environmental impact. The research found that, combined, the artists added 19,314 kilograms of CO2 to the environment in only 6 months — the equivalent of taking nearly twenty flights back and forth from New York City to London.

But eco-conscious musicians: Don’t fret. There are a few options besides cutting the amp cord all together.

The New Yorker found that some bands, including Massive Attack – which has also discussed forgoing a tour for climate reasons — have been working with environmental organizations and nonprofits to minimize their impact. One such organization, called Reverb — founded by Adam Gardner, a guitarist in the band Guster, and Lauren Sullivan, an environmentalist and organizer — supports musicians hoping to go carbon neutral, or at least lessen their impact on the climate.

According to The New Yorker, Reverb will send a trained staff member on tour with a band to handle "the logistics associated with running an environmentally responsible tour."

That ranges from things as simple as recycling the plastic water bottles musicians drink on stage, to composting the catering, encouraging fans to carpool to the venue, or even working with the venues to make their operations more green. Reverb has worked with more than 200 clients, including the likes of Maroon 5, Fleetwood Mac, and Harry Styles.

In 2010, Sheryl Crow worked with Reverb to switch to compostable catering, reusable water bottles and biodiesel fuel for her tour, claiming she neutralized an estimated 1.5 million pounds of C02 — the equivalent of 81 homes not using electricity for an entire year.

Dan Snaith, a composer and producer who uses the stage name Caribou, spoke to the New Yorker about his work with a group called PLUS1 to add a dollar to every ticket price, which can then be donated to a cause the group chooses.

"We’re still very much learning and researching, but I am not convinced that a compelling solution will be available, other than drastically reducing the amount of travel that we do," Snaith told the magazine. "It seems to me that the only solution commensurate with the scale of the problem is fundamentally changing the way musicians work."

More on music and the environment: Here's How Streaming Music Is Killing the Planet

Editor's note 2/20/2020: This story originally said that Coldplay had canceled a tour for environmental reasons. In actuality, they decided not to schedule a tour in the first place. It has been updated.

Read This Next
Remember Donald?
Donald Trump Goes on Bizarre Rant Against Electric Cars
Dry Dock
The Top 13 Wildest Objects That Terrible Droughts Have Revealed
Harambe 2.0
Freya the Boat-Climbing Walrus Euthanized Because of Stupid Humans
Bad Spill
Scientist Warns That a Huge Tanker Is Probably Going to Spill a Million Barrels of Oil Into the Ocean
Watery Graves
The Ocean Is Losing Oxygen. This Scientist Says More "Dead Zones" Will Soon Follow.
More on Earth & Energy
Stem Ware
Yesterday on the byte
Scientists Discover World's Oldest Preserved Vertebrate Brain
From Bad to Worse
Thursday on the byte
Global Warming Is Worse Than We Thought, AI Tells Scientists
RIP Fred
Thursday on the byte
Instead of Predicting Length of Winter, Groundhog Simply Dies
READ MORE STORIES ABOUT / Earth & Energy
Keep up.
Subscribe to our daily newsletter to keep in touch with the subjects shaping our future.
+Social+Newsletter
TopicsAbout UsContact Us
Copyright ©, Camden Media Inc All Rights Reserved. See our User Agreement, Privacy Policy and Data Use Policy. The material on this site may not be reproduced, distributed, transmitted, cached or otherwise used, except with prior written permission of Futurism. Articles may contain affiliate links which enable us to share in the revenue of any purchases made.
Fonts by Typekit and Monotype.