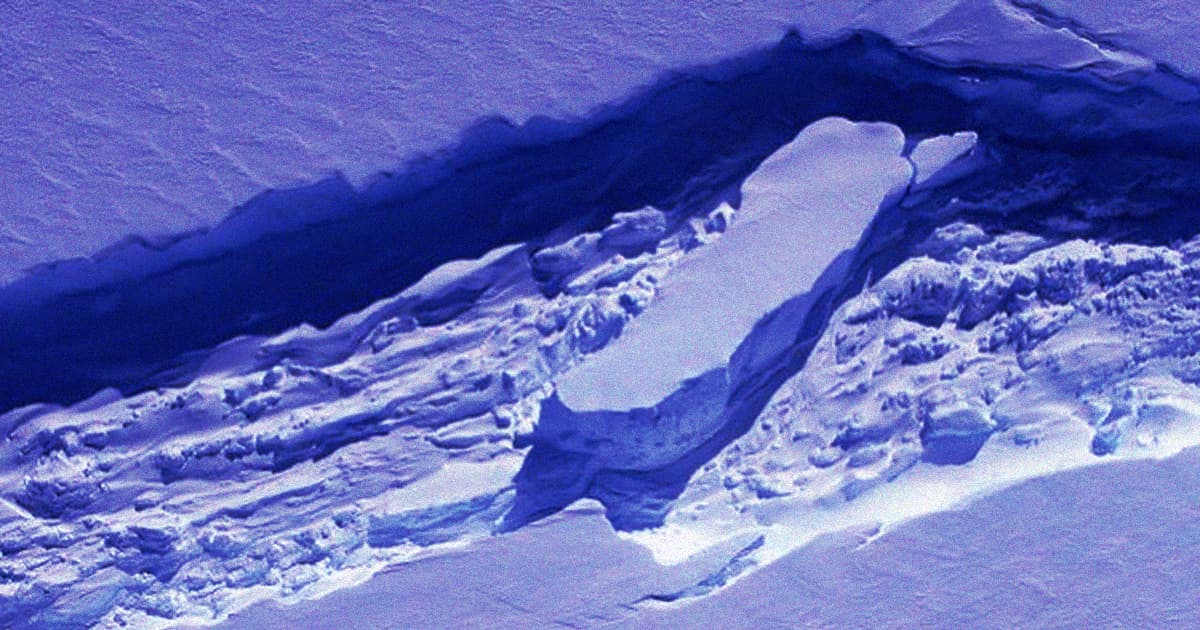 The Icy "Glue" Holding Antarctica Together Is Starting To Fail

A team of scientists took a closer look at what — other than the obvious factor of climate change — is causing Antarctica's ice shelves to break apart into gigantic chunks, and found that the "glue" holding it all together is in alarmingly rough shape.

Apparently, Antarctica's ice shelves have a way to repair themselves when they start to split and crack apart, according to research published this week in the journal PNAS. When the ice shelf starts to thin out, the icy glue known as mélange can fill the cracks to fuse it back together. But, as the NASA and University of California scientists learned, that mélange is just as vulnerable to rising temperatures and a changing climate as the ice is — and when it fails, disaster can strike.

The scientists ran simulations of three scenarios, in which either the ice shelf, the mélange, or both started to thin out. As long as the mélange stayed intact, the ice shelf was able to repair itself. But if the mélange also started to melt, fractures in the ice grew much more rapidly.

"The thinning of the ice mélange that glues together large segments of floating ice shelves is another way climate change can cause rapid retreat of Antarctica's ice shelves," study coauthor and University of California, Irvine glaciologist Eric Rignot said in a press release. "With this in mind, we may need to rethink our estimates about the timing and extent of sea level rise from polar ice loss — i.e., it could come sooner and with a bigger bang than expected."

The problem is that mélange is much thinner than the shelf ice, lead study author and NASA researcher Eric Larour said in the press release. And once it starts to melt away, it basically just becomes a useless pool of slush.

That melting, the team found, is enough to explain some of the major ice shelf fractures in recent years. And as temperatures continue to rise, Antarctica will be able to rely even less on its self-repairing glue, putting the ice shelf in a precarious position.