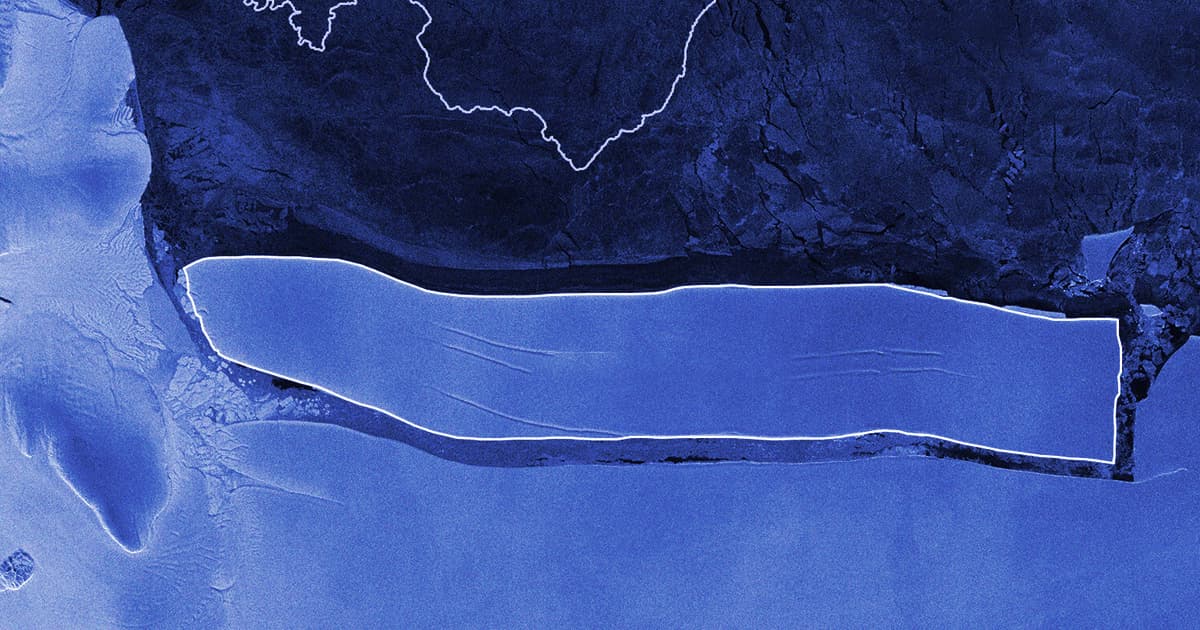 For once, climate change had nothing to do with it.

For once, climate change had nothing to do with it.

A  gigantic iceberg, roughly 70 times the size of Manhattan, has broken off from the Antarctic, in the process becoming the world's largest iceberg, according to The European Space Agency (ESA).

The gigantic slab of ice, 1,668 square miles in size, is now floating in the Weddell Sea south east of South America, and was spotted by the ESA's Copernicus Sentinel-1, a land and sea monitoring satellite constellation — an epic demonstration of the dynamism of the living planet.

The event was not linked to climate change, research glaciologist at the University of Colorado at Boulder Ted Scambos told Reuters, and is part of a natural cycle instead. Since it was already in the water, the formation of the iceberg won't be raising ocean levels either, according to Scambos.

"It’s not an area that is undergoing any significant change because of global heating," Alex Brisbourne, a glaciologist at the British Antarctic Survey, confirmed to the New Scientist. "The main message is it’s part of a natural cycle."

While the breaking off itself wasn't directly linked to climate change, some experts argue there are greater worrying changes at play as well.

"I am concerned with any ice loss today, because any ice loss is part of our greater global ice loss and to me it’s terrifying," glaciologist and an explorer with the National Geographic Society M Jackson told The New York Times. “Globally, we’ve got a glacier problem; we’re losing a lot of ice.”

The iceberg, dubbed A-76, broke away from the Ronne Ice Shelf, one of the largest ice sheets in the Antarctic. The shelf has previously experienced several massive bergs breaking off over the last couple of decades, with its biggest break up occurring in 1986, according to the New Scientist.

The previous record holder, called A-68a, appeared to be on a collision course with the tiny island of South Georgia, but luckily broke up before it could impact local wildlife.

More on icebergs: A Huge Iceberg Is Moving. Now Scientists Finally Might Understand What Lives Underneath It.