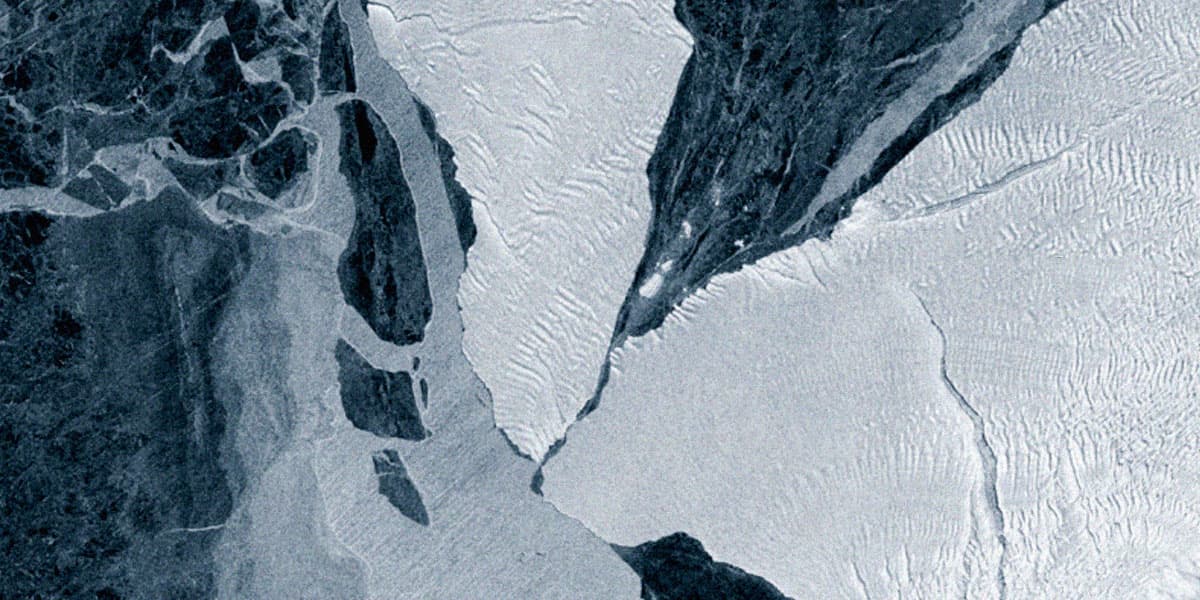 Earlier this month, a free-floating iceberg nearly 500 square miles in size almost crashed into Antarctica — a near-miss that could have further fragmented the already-crumbling ice shelf.

The European Space Agency's Copernicus Sentinel-1 spacecraft watched as the A-74 iceberg swung around and just narrowly avoided colliding with the Brunt Ice Shelf over the past two weeks, according to Space.com. Had A-74 crashed, ESA scientists estimate that it could have broken off another 656 square miles worth of the shelf, leaving Antarctica in even worse shape than it already is thanks to worsening climate change.

A-74 actually broke off of the Brunt Ice Shelf back in February, but it's hung around the area thanks largely to ocean currents that held it in place, according to an ESA press release. Unfortunately, even though it survived its close shave with A-74, the ice shelf is still in danger.

"The nose-shaped piece of the ice shelf, which is even larger than A-74, remains connected to the Brunt Ice Shelf, but barely," ESA researcher Mark Drinkwater said in the release. "If the berg had collided more violently with this piece, it could have accelerated the fracture of the remaining ice bridge, causing it to break away. We will continue to routinely monitor the situation using Sentinel satellite imagery."

The ice shelf was first declared unsafe in 2017, at which point researchers stationed there moved inland to avoid growing cracks and chasms in the fracturing ice. Unfortunately, even without this potential crash, progressing climate change will likely continue to damage the ice shelf, leading to more huge breaks in the future.