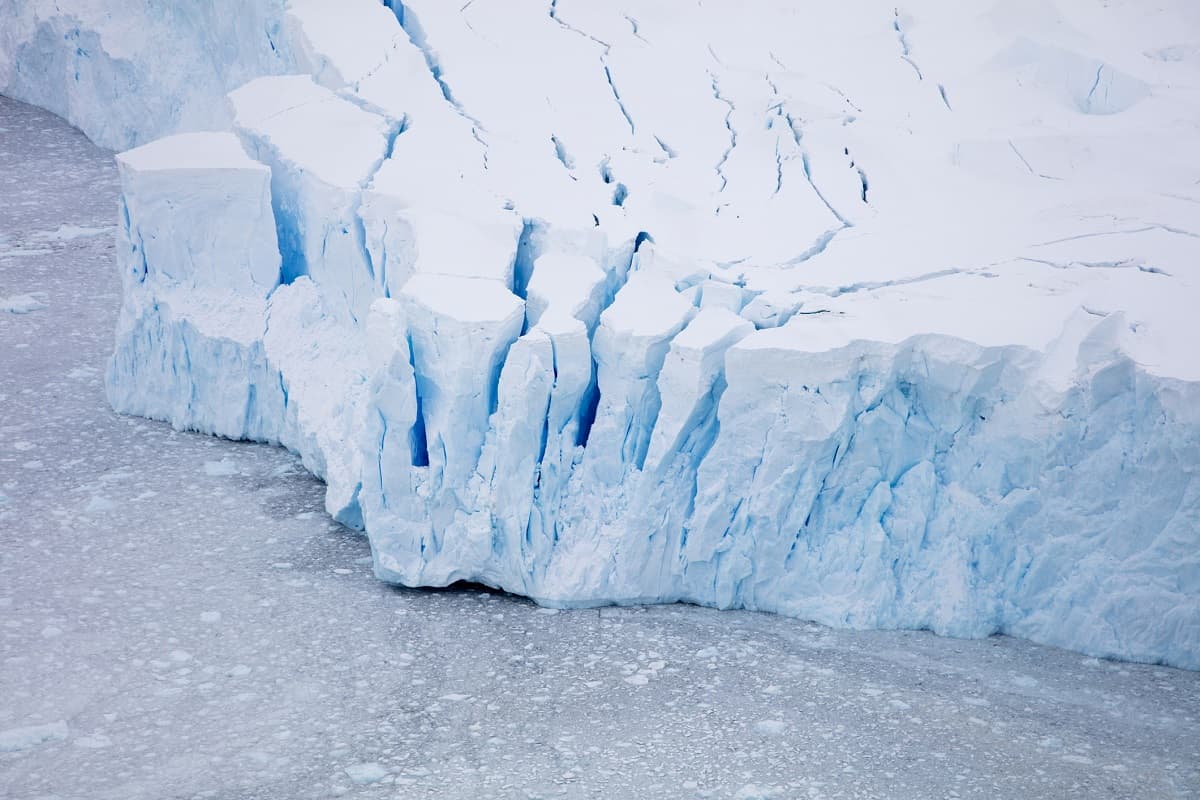 Not to be jaded, but after the weekend's soaring temperatures in Antarctic, it's hard to be surprised at the news that a giant piece of ice shelf collapsed.

Satellite data shows a chunk of ice the size of Rome collapsed in East Antarctica, according to an alarming report by the Guardian. The temperature increase over the weekend might not have been the cause, since the newspaper reports that the ice shelf likely collapsed around March 15. But the events may be related, and could serve as a warning sign for more climate change events in the near future.

"It won’t have huge effects, most likely, but it’s a sign of what might be coming," NASA planetary scientists Dr. Catherine Colello Walker told the paper.

A jarring video made of photos that NASA's Landsat Program captured via satellites shows the progression of the now-collapsed Conger ice shelf. Various frames show the growth and shrinkage of the shelf over years and throughout seasonal changes, and ends abruptly with a final shot of the empty ocean water where the shelf used to be. Assistant professor Stef Lhermitte of Delft University of Technology in the Netherlands compiled and tweeted the short clip, shown below.

It's hard to find anything new to say about an ice shelf collapse when climate scientists have been ringing very loud alarm bells for years. But journalist and human rights researcher Sophie McNeil might've summed it up pretty simply.

It's hard not to be discouraged by the continuous dirge of news about climate change. But instead of falling apart or allowing ourselves to be frozen with fear, it's time to start coming up with creative solutions while there's still ice left to protect.