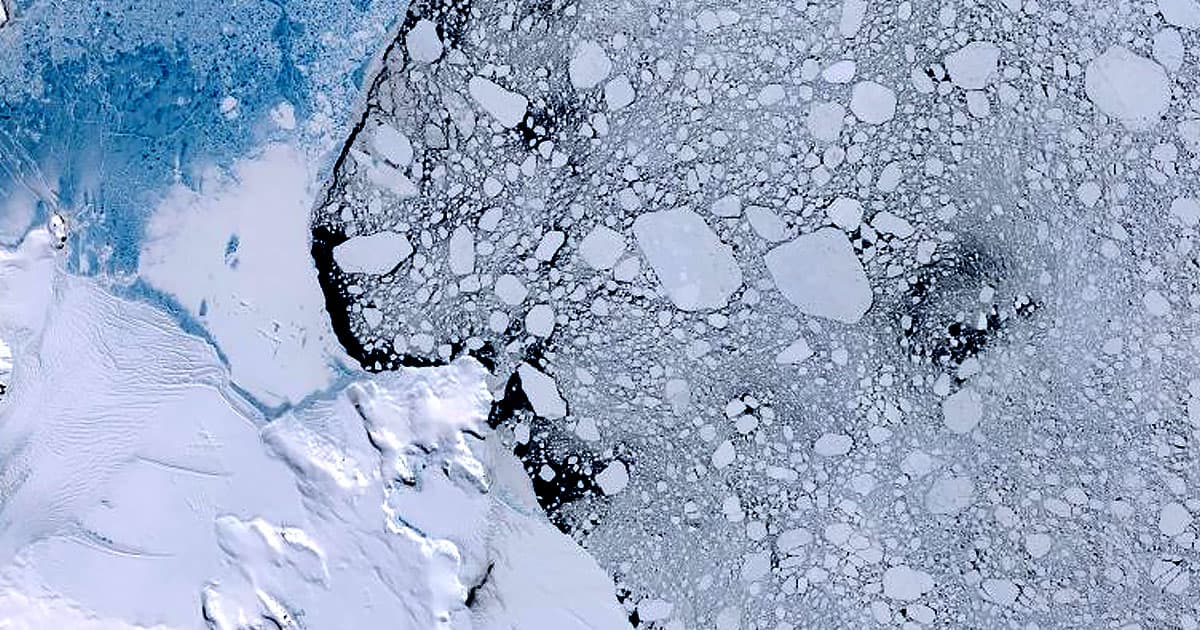 As if the threat of nuclear disaster at the hands of a mad oligarch wasn’t enough, sea levels might rise after a section of Antarctic ice the size of Philadelphia abruptly shattered, exposing vulnerable glaciers to the sea and more rapid melting.

A large section of the Larsen Ice Shelf in Antarctica, dubbed "Larsen-B," has broken up into the ocean, according to a press release from the Earth Institute at Columbia University. Images from NASA satellites showed the ice shattering from January 19 to 21.

The ice previously helped protect many glaciers along the Antarctic Peninsula from the sea. But now, scientists say, the glaciers are vulnerable to accelerated melt that could raise sea levels even further.

The international team of scientists behind a new study about the breakup in the journal Remote Sensing of Environment still aren’t sure why exactly the Larsen-B ice shattered so quickly. However, some believe that the warming summer temperatures and winds carrying warm air could be partially responsible.

"It’s difficult to tell what actually caused the disintegration as the sea ice was already showing cracks prior to the breakup," Stef Lhermitte, a geoscience and remote sensing researcher at the Delft University of Technology, said in the release.

Regardless of the reason it broke up, the event still represents a serious threat to the glaciers it previously protected. The Larsen-B ice used to buttress the glaciers, holding back water flow from pushing them into the sea and minimizing their contribution to sea level rise. With it gone, the glaciers are now exposed and at risk of melting faster.

Sadly, this is just yet another grim example of anthropogenic climate change in action — and yet another plodding step toward an uncertain environmental future.