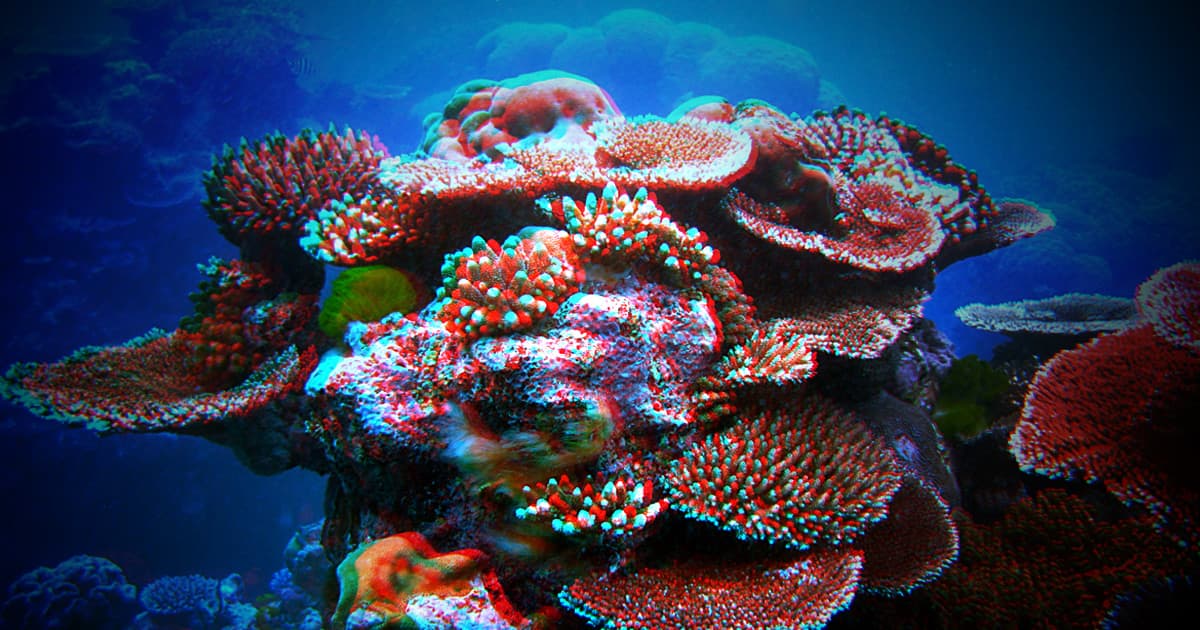 New Research: All Coral Reefs May Be Completely Dead by 2100

And 90 percent of coral will be dead in just 20 years.

And 90 percent of coral will be dead in just 20 years.

According to new research from the University of Hawaii Manoa, all coral reefs across the planet will likely be dead in 80 years — killed by a combination of warming waters and ocean acidification.

"By 2100, it’s looking quite grim," said Renee Setter, a biogeographer at the university.

In research presented at an ocean science conference this week, Setter examined worldwide locations where coral might be able to survive the changing ocean.

By 2100, she found, there will be almost no habitable locations left. In fact, she said, up to 90 percent of coral reefs will likely be dead in just 20 years.

In the event this news inspired you to do something about it, well, we won't be the ones to stop you — but Setter also emphasized that efforts by individuals won't be enough to save the reefs.

"Trying to clean up the beaches is great and trying to combat pollution is fantastic. We need to continue those efforts," Setter said in a press release. "But at the end of the day, fighting climate change is really what we need to be advocating for in order to protect corals and avoid compounded stressors."

More on coral: This Startup Is Growing Coral on Land and Transplanting It Into Damaged Reefs