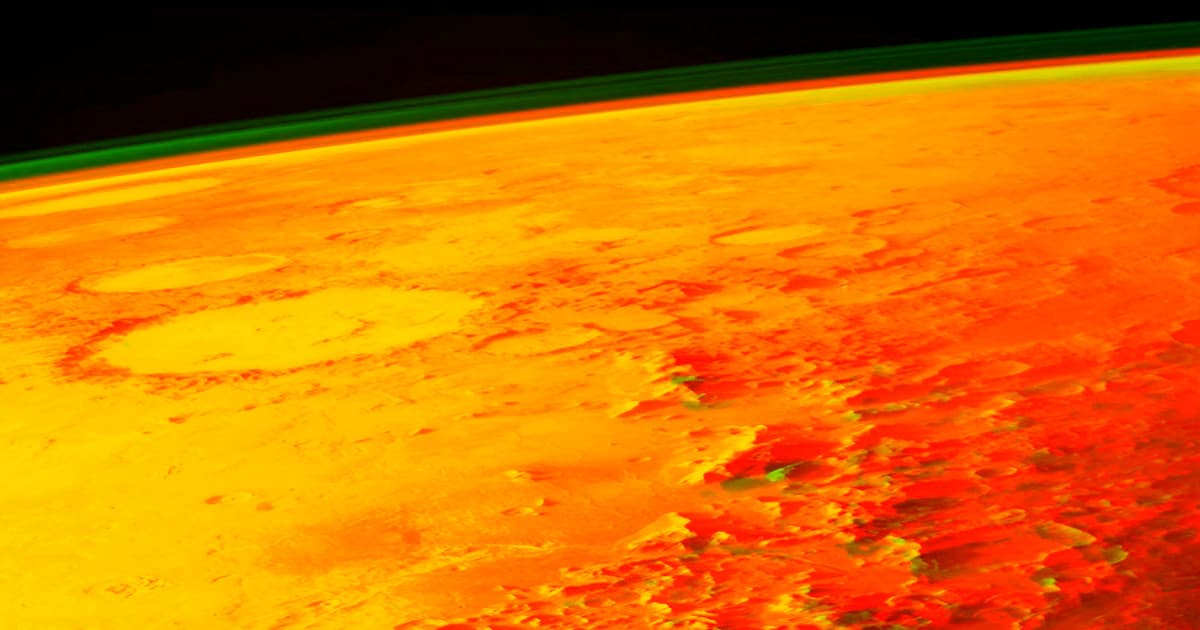 The journals Nature Geoscience and Nature Communications published six fascinating studies today, all detailing discoveries made by NASA's InSight lander, which first touched down on Mars in November 2018.

Overshadowing the other research in today's headlines is the InSight team finally confirming once and for all that Mars is in fact seismically active. Another finding, though, is stands out for its sheer weirdness: InSight's weather science team was able to confirm strange glows in the Martian night sky, Vice reports, thanks to the lander's sensitive night-time imaging capabilities.

The mysterious phenomenon, dubbed "airglow" is suspected to be caused by photochemical reactions in the sky. It's long been predicted to take place on the Red Planet, according to Vice, but has only been confirmed now.

The observations were thanks to the lander's extremely sensitive host of meteorological instruments, as outlined in this paper.

Scientists were left with one major puzzle: they found plenty of evidence for the existence of dust devils, or "vortices," near InSight's landing site. Yet the lander's latest observations show no sign of them.

"We almost certainly have imaged a lot of these vortices but for whatever reason they don’t appear to be opaque, or not opaque enough that we can see them," research lead Don Banfield at Cornell University, who leads InSight's weather science team, told VICE. "It’s quite the mystery."

More on Mars: Here’s Why NASA Suspects Mars Life Could Be Hiding Underground