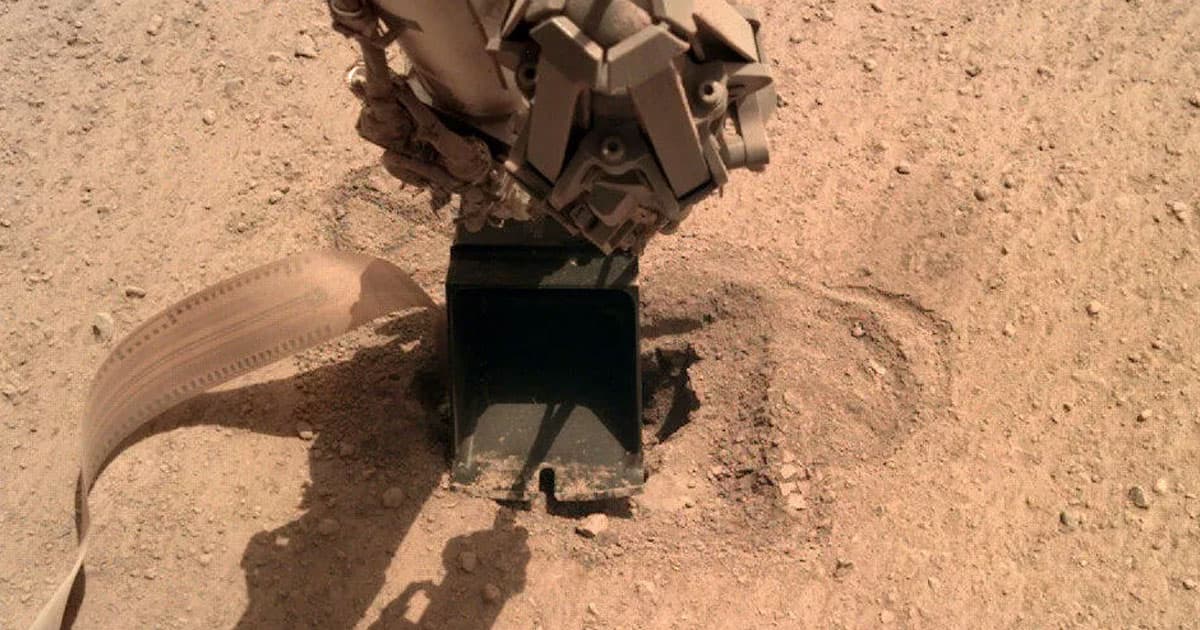 Now it's time to drill.

Now it's time to drill.

At long last, NASA's InSight Mars lander managed to wedge its thermal probe underground without it getting stuck.

It sounds trivial, but the lander has been struggling to burrow the instrument, dubbed the "mole," for more than a full year now, CNET reports. Now, finally, InSight may be able to complete its research on Mars' internal temperature.

After early attempts to bury the mole, NASA was worried that a large rock was blocking its path. Instead, it turned out that the terrain was too loose for the mole, which digs like a jackhammer, to get traction and push downward.

The end result was that the mole kept getting itself stuck — a problem that NASA even once deployed percussive maintenance to remedy.

But the mole is finally underground, after a helpful shove from InSight's robotic arm, NASA tweeted from its in-character InSight account.

After several assists from my robotic arm, the mole appears to be underground. It’s been a real challenge troubleshooting from millions of miles away. We still need to see if the mole can dig on its own. More from our @DLR_en partners: https://t.co/7YjJIF6Asx #SaveTheMole pic.twitter.com/qHtaypoxPp

The next test for InSight will be whether its mole can continue to dig downward on its own, as originally planned, now that it's underground.

In order to measure Mars' internal temperature and provide NASA with new information on how the planet formed, the probe needs to dig 16 feet beneath the surface — far too deep for the rest of InSight's tools to give it a boost.

More on InSight: NASA Fixes Mars Lander By Telling it To Hit Itself With a Shovel