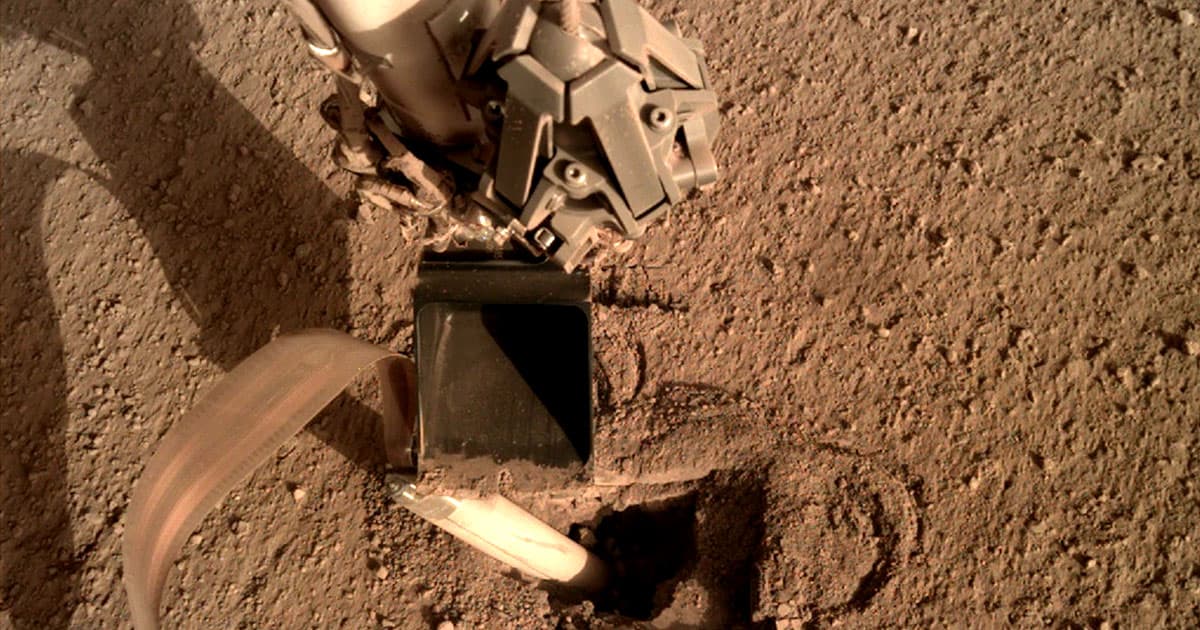 NASA's InSight lander, which is currently on the surface of Mars, has faced some unexpected problems during its mission to explore and study the planet.

Namely, a digging probe that was built to burrow beneath the surface like a jackhammer got stuck because Mars' soil is clumpier than scientists expected, Popular Science reports.

After a few failed attempts to get it out, NASA had to get a bit creative. Ultimately, it freed the probe up by giving it a solid thwack with InSight's shovel.

NASA expected its probe, dubbed "the mole," to dig its way through sand-like terrain. But because the Martian soil clumped together, the whole apparatus got stuck in place.

Programming InSight's robotic arm to land down on the mole was a risky, last-resort maneuver, PopSci reports, because it risked damaging fragile power and communication lines that attached nearby. Thankfully, engineers spent a few months practicing in simulations before they made a real attempt.

Once it's down there, it will hopefully be able to complete its research mission: analyzing temperature fluctuations inside the Red Planet in an attempt to understand how similar Mars' core is to that of Earth.

More on InSight: NASA Isn't Sure What's Wrong With Its InSight Mars Lander