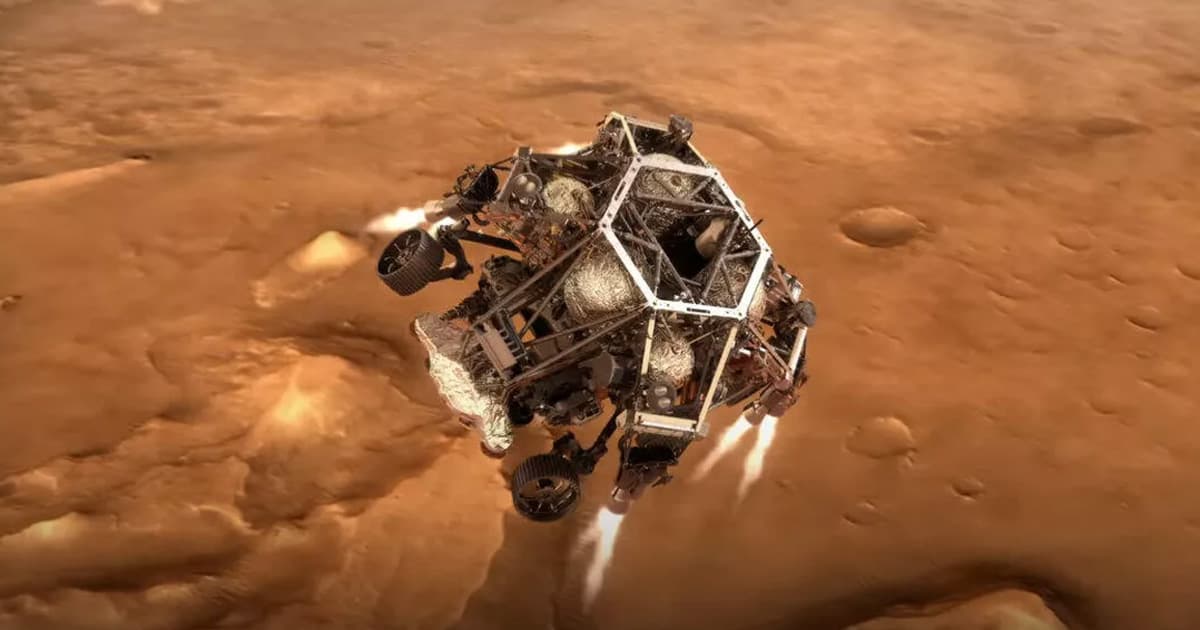 When NASA’s New Rover Lands, Its Other Lander Will Listen for the Impact

If a rover lands on Mars, and no one is around to hear it, does it still make a sound?

If a rover lands on Mars, and no one is around to hear it, does it still make a sound?

After a seven month journey through the solar system, NASA’s Perseverance rover is set to weather the infamous Seven Minutes of Terror as it makes its entry, descent, and landing on Mars next week.

When it gets there, it won’t be alone. Already waiting on the Red Planet’s surface will be NASA’s InSight probe. In fact, InSight will attempt to “hear” Perseverance land, Universe Today reports. Its specialized instruments are sensitive enough, at least in theory, to pick up the descent sound and impact Perseverance will make when touching down.

According to the InSight’s team at NASA, the landing is a rare event that offers a special opportunity to test the lander’s seismometers, since we know exactly when Perseverance will land.

InSight has already detected hundreds of marsquakes during its two year stay on Mars. It hasn’t, however, had the chance to record a more substantial impact event from a meteorite.

“The landing is a long way away, so the most important thing that will determine whether we hear anything is how noisy it is on the day,” InSight team member Ben Fernando told Universe Today.

In addition to listening to Perseverance making impact with the ground just over 2,000 miles away, InSight will also attempt to detect the sonic boom created by the capsule plummeting through the thin Martian atmosphere.

According to Fernando and his team’s preprint outlining the experiment, the researchers aren’t sure the sound will travel far enough. But a detection of a seismic event created by InSight’s impact with the ground is a distinct possibility, and “would be of enormous scientific value,” the paper reads.

And poetically, the project symbolizes the fact that no future visitor to Mars to will truly be alone.

READ MORE: InSight is Going to Try and “Hear” Perseverance Land on Mars From 3,452 km Away [Universe Today]

More on Perseverance: A Guy Who Drives NASA’s Mars Rover Is Dishing About the Experience