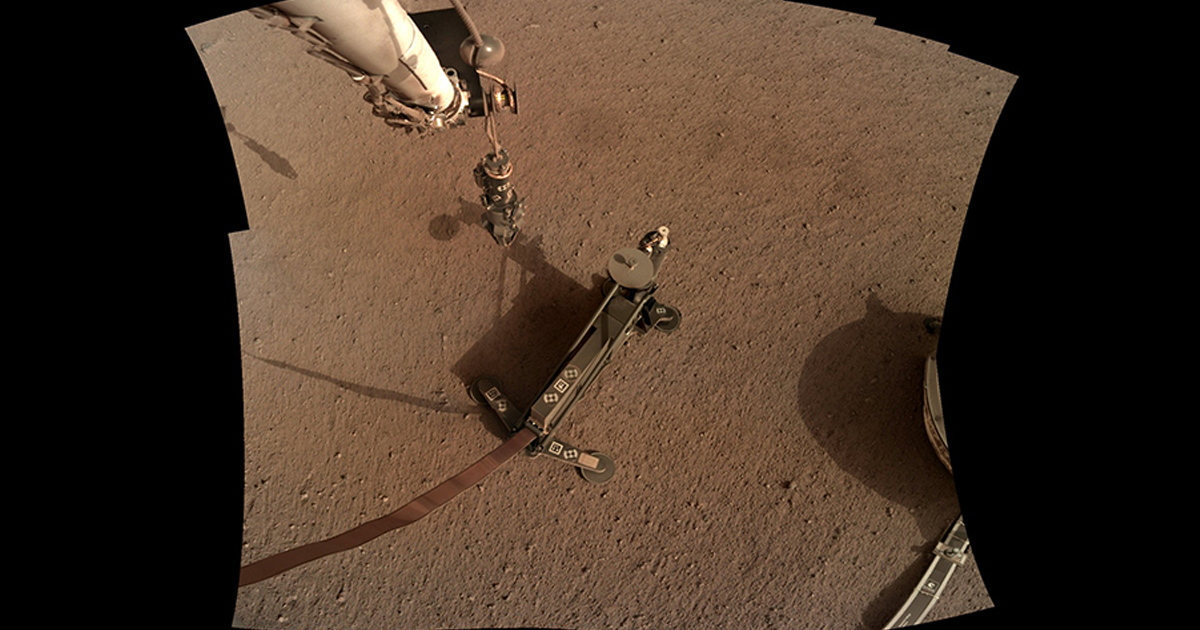 NASA is about to dig the deepest hole on Mars, ever.

NASA is about to dig the deepest hole on Mars, ever.

NASA's Insight Mars lander came prepared with a number of instruments to explore the interior of the Red Planet.

One of them is a heat flow probe built by the German Aerospace Center (DLR) to burrow itself into the surface of Mars in a mole-like fashion to take Mars' temperature. The data it gathers could give us new clues about how Earth's neighbor was formed.

But InSight has hit a setback: commands from Earth didn't make it to Mars in time for the scheduled deployment for "yet unknown technical reasons" according to a statement issued yesterday — meaning InSight will have to delay the deployment of the thermal probe by two Earth days as a result.

Bad News for our mole on #mars: Unfortunately, the planned commands couldn't be uplinked yesterday which results in 2 days delay for the start of the hammering. Find more Details in Tilman Spohns #DLRblog-logbook. #MarsMaulwurf https://t.co/r3iJMbEQ8o

The heat probe, dubbed Heat Flow and Physical Properties Probe (HP3), is meant to dig itself into the first 16 feet (five meters) of the Martian surface — if all goes as planned — to measure the heat flowing out of the interior of the planet. According to NASA, that's deeper than any previous man-made scientific instruments on Mars.

Other instruments on board are built to measure gravitational movement, seismic activity, and how much Mars wobbles as it orbits the Sun.

But there's no guarantees the heat probe's mission will go without further complications. There's still the major risk of hitting an impenetrable rock — which would be game over for the heat probe until it sets up a new digging site.

"Although we have tested the Mole extensively and diligently, there is still an uncertainty," said Tilman Spohn, lead engineer of the mission, in a DLR blog post. "This has never been done before on Mars or on another terrestrial planet."

More on InSight: A World First: Listen to the Sounds of Mars