InSight's seismometer will listen for clues about Mars' core — and whether there's water under the surface. 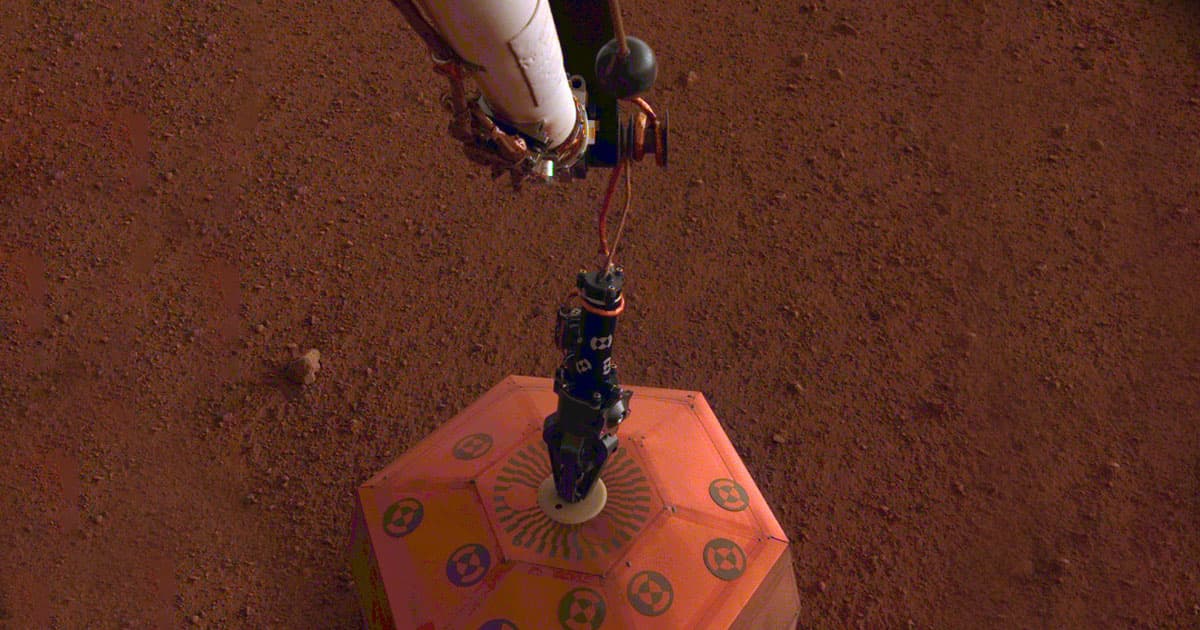 NASA's InSight lander should be proud.

Today, it reached out with its six-foot robotic arm to grab one of its two primary instruments — a seismometer designed to taking the Red Planet's "pulse," as NASA puts it — and gently placed it  on the Martian surface. The apparatus could help learn more about the deep interior of the Red Planet, and even whether it contains water.

The @NASAInSight lander placed its seismometer on Mars on Dec. 19, marking the first time a science instrument has ever been placed onto the surface of another planet. The lander is set to study the interior of Mars and listen for marsquakes. Details: https://t.co/4DL2EzfjZb pic.twitter.com/TVNXWf5Ef9

It marks the first time a scientific instrument has been placed onto the surface of another planet, according to NASA.

"Getting the seismometer safely on the ground is an awesome Christmas present," said InSight Project Manager Tom Hoffman in an update on NASA's website.

The seismometer — or SEIS, the Seismic Experiment for Interior Structure — fulfills a very important function. It will closely listen to the motion of the ground  — also known as "marsquakes" — to help scientists probe the layers and compositions of Mars' interior.

It could also tell us what the Martian core is made of: is it liquid or solid? How does Mars' composition compare to the Earth's? By knowing what the interior is made of, scientists could discover whether it contains water or if there's volcanic activity beneath the surface.

It'll take weeks until scientists will be able to receive the first data points from the seismometer.

"We look forward to popping some Champagne when we start to get data from InSight's seismometer on the ground," said InSight Principal Investigator Bruce Banerdt, as quoted by NASA. "I have a bottle ready for the occasion."

The next InSight instrument to join the seismometer on the ground is a heat probe that will dig itself into the ground to measure how much heat is flowing out of Mars.