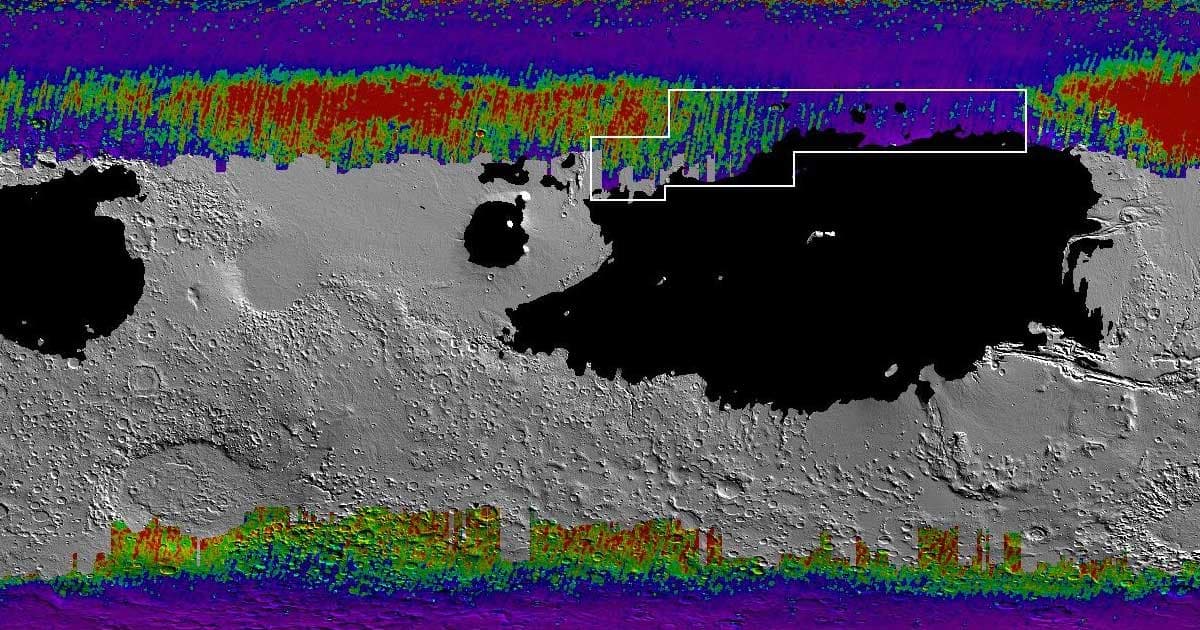 "You wouldn't need a backhoe to dig up this ice. You could use a shovel."

"You wouldn't need a backhoe to dig up this ice. You could use a shovel."

It makes sense, then, for the space agency to target a landing spot near easily accessible ice — and they now have a "treasure map" detailing where that ice exists to make the process that much easier.

"You wouldn't need a backhoe to dig up this ice," NASA research Sylvain Piqueux said in a news release. "You could use a shovel."

We've known that water ice exists on Mars since 2008, and according to this new research, published in the journal Geophysical Research Letters on Tuesday, NASA is continually discovering more and more of it.

"The more we look for near-surface ice, the more we find," NASA researcher Leslie Tamppari said in the news release. "Observing Mars with multiple spacecraft over the course of years continues to provide us with new ways of discovering this ice."

Some of the ice detailed in NASA's treasure map is as little as 2.5 centimeters (an inch) beneath the Red Planet's surface, so the agency already has several options for landing locations.

However, given that it likely won't be sending any humans to Mars before the 2030s, it has plenty of time to home in on the single most ideal landing spot, helping ensure the success of that first groundbreaking mission.