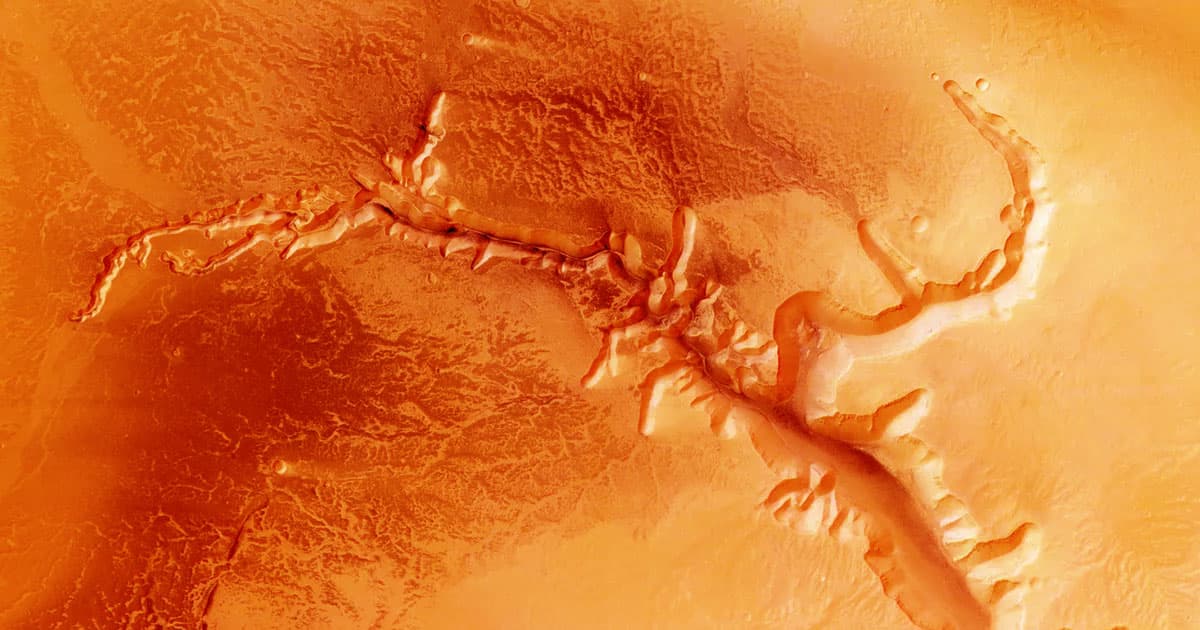 New Theory: Marsquakes Could be Caused by Frozen Groundwater

We could be experiencing marsquake-like tremors here on Earth as well.

We could be experiencing marsquake-like tremors here on Earth as well.

NASA's InSight Mars lander has been closely listening to the activity inside the core of the Red Planet. And something is stirring deep beneath the surface — earlier this year the rover recorded its first ever marsquake. But what caused it?

Michael Manga, a planetary scientist at the University of California at Berkeley, has a new theory as to what may be causing marsquakes.

During the day, liquid groundwater seeps into tiny pores in the ground. As temperatures plunge at night, the top layers of groundwater freeze, building pressure inside those pores – as detailed in in his paper published earlier this month in the journal Geophysical Research Letters.

This pressure could then loosen faults and cause marsquakes just below the surface — the kind of thing NASA's InSight lander has been recording.

The catalyst for the quakes themselves could either be the tidal influence of Mars's moon Phobos or pressure changes in the planet's atmosphere caused by the warming and cooling by the Sun, Manga and his team found.

The theory could even explain other landscape patterns on the Red Planet such as icy ridges and volcanos seen on icy moons.

Manga draws a lot of comparisons to the process of fracking . In the incredibly wasteful and environmentally damaging process, water is injected deep into the ground to allow valuable resources like natural gas and petroleum to flow more freely.

And the comparison doesn't end there: in Oklahoma and Texas, shallow quakes have been recorded — and scientists from Yale found a correlation with nearby fracking activity.