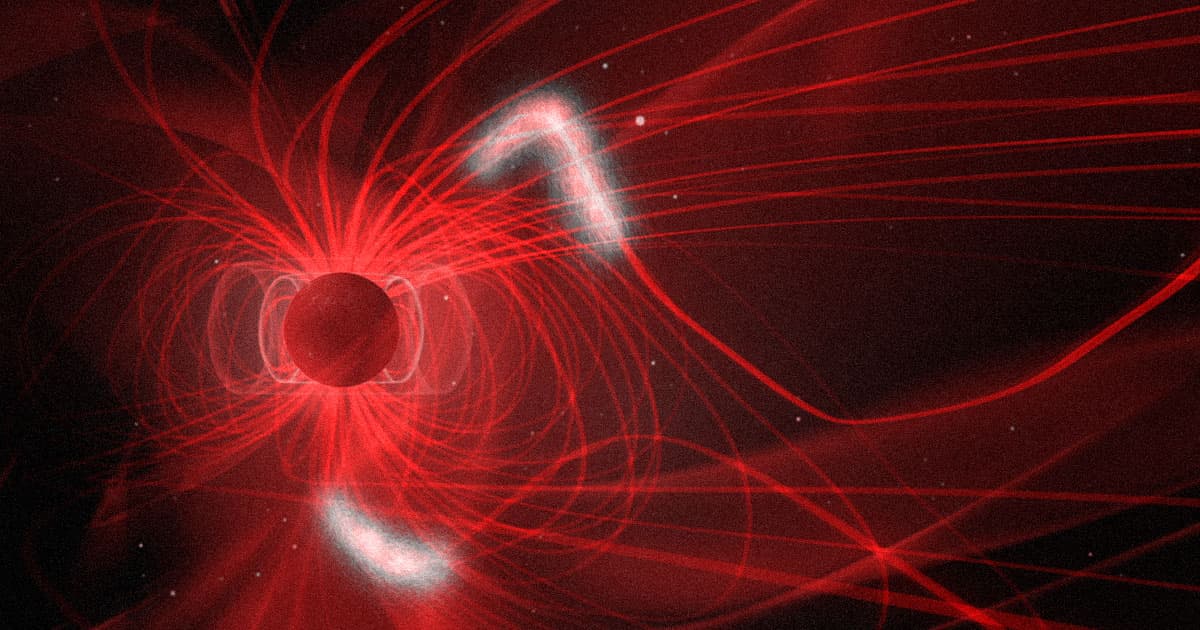 The strange pulses were detected at exactly midnight Martian time.

The strange pulses were detected at exactly midnight Martian time.

Scientists have yet to figure out the source of the strange natural phenomenon, according to National Geographic — a finding that upends years of thought about the Red Planet.

In 1997, NASA's Mars Global Surveyor found that Mars once had a global magnetic field just like Earth's, but scientists at NASA believe that it collapsed billions of years ago. There are several theories as to why it collapsed: one of which suggests huge asteroids once bombarded the Red Planet causing it to lose its magnetic field.

But the new measurements by InSight's magnetometer have scientists scratching their heads, according to National Geographic: the lander found the magnetic field on the surface to be 20 times stronger than predicted. The magnetic field also tends to fluctuate in strength or direction — and at precisely midnight, raising even more questions for the InSight's team back on Earth.

There is a slim chance the layer could represent a massive reservoir of liquid water — but it's way too early to say that with any degree of certainty.