Here's How NASA Dreams up Robotic Arms for Landers

When the closest repair shop is tens of millions of miles away, function is critical. 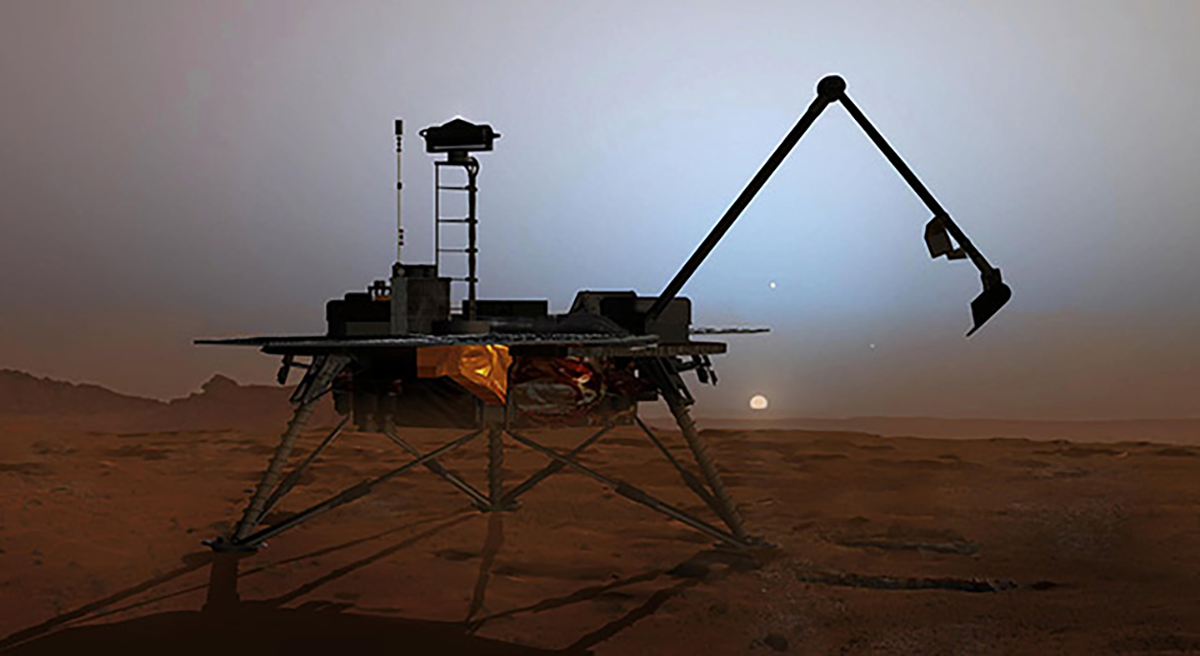 NASA’s InSight lander touched down on the surface of Mars in November. Its mission: to unravel secrets about the creation of the planets in our solar system. Crucial to that mission: a broom-length robotic arm that it slowly extended after landing to place a number of sensitive scientific instruments on the Martian surface — and even drill into the planet itself.

To find out more about what it takes to manipulate a robotic arm on the surface of a distant planet, Futurism talked to Al Tadros, VP of Space Infrastructure and Civil Space at SSL — where he manages the company’s relationship with NASA and helps invent the most sophisticated robot arms ever to leave Earth.

Futurism: There are only five robotic arms on Mars, all five of them built by SSL. How did you become NASA's go-to contractor for robotic arms?

Al Tadros: There have been five robotic arms operated on Mars and we've been fortunate to build all five of those, the most recent of which was the InSight Lander arm. We started out as a spin off from NASA’s Jet Propulsion Laboratory about 20 years ago from a core team that was passionate about science and wanted to initiate robotic capabilities that can help JPL.

F: Mars is tens of millions of miles from the nearest repair shop. How do you approach the design of something that absolutely needs to work, even with nobody around to fix it?

AT: Part of the core of the space industry is that it's necessary to build hardware that functions for years without maintenance. So yes, the robotics are under extreme environmental conditions, but we have a lot of satellites that we build that have to be qualified and operated in extreme conditions as well. So we have processes, suppliers, tests and programs that test the reliability of all of what we build.

The robotics on Mars have some unique environments that they have to withstand. Whereas many of our satellites were built in a cleanroom and launched and operated in the vacuum of space, the Mars landers actually go through a thin atmosphere and land on a dusty surface. When they reach a destination they have to work in a day and night environment meaning that temperature extremes with a slight atmosphere and with dust being blown around. And that does pose unique challenges for robotic or mechanical systems like the Mars landers.

F: How do you simulate the Martian surface? Do you test somewhere on Earth that’s Mars-like?

AT: Good question. First of all, for hardware or spacecraft that we build, we have to put it in a container and take it to a launch site and put it on the rocket. And for the first few minutes when the rocket is going up, it's being vibrated hard and it has a lot of acoustic vibrations on it — like being at a rock concert — being shaken on a stage. So we literally put it on a vibration stand and shake it in a similar fashion so that we can verify that the design meets and survives the launch.

It's being vibrated hard and it has a lot of acoustic vibrations on it — like being at a rock concert — being shaken on a stage.

F: Let's talk about the multitasking abilities of InSight. It has a handful of major scientific instruments onboard and the robotic arm plays a pretty crucial role in their deployment. How do you approach an engineering task like this?

AT: These missions are science driven so the lead for these missions will be a scientist who has a primary set of assigned objectives they're trying to achieve. For the Mars InSight Lander that means placing the critical payloads on the surface of Mars.

For Mars 2020, which is the next mission we are working on now, we're actually building the Mars sample handling arm which is collecting samples from the surface. And there you want to maintain a pristine sample that might be returned back to Earth, meaning there are unique requirements for that.

F: What's the next phase of the InSight mission specifically that you're personally most excited to see?

AT: It goes back to the very impetus of the mission — the science. What InSight is doing is studying the inner planets in our solar system. So what we study on Mars has applications here on Earth and the evolution of our own planet. And it helps us understand the solar system in a broader sense.

The unique thing about studying Mars is that humans have populated a lot of the land mass here on Earth and there's a lot of human induced activities, vibration, and noise pollution that we generate. On Mars you don't have that. So we can actually study a pristine rocky planet.

F: Do you envision SSL having a role in the human exploration of Mars? There's a lot of talk about taking humans to the surface of Mars.

AT: It could be decades but people are working on it already — in a number of ways. Even NASA right now is focused on going forward to the Moon but in a sustainable way. But many of the capabilities they're deploying around the Moon and on the surface of the Moon are to demonstrate and evolve and advance our ability to go to Mars and further.

F: Speaking of sending human astronauts to Mars, do you worry that crewed missions could be leapfrogged by robotic technology?

AT: There are two aspects to that. One is, can we put humans on Mars or on the surface of the Moon? And the other is: what is it that we want us humans to do? There is an exploration gene in humanity — whether it's getting to the top of Mount Everest or probing the reason for existence or exploring our solar system. Humans are very much an exploratory species, so I think that there will always be that human element. And robotics will be used to push the envelope.

There is an exploration gene in humanity — whether it's getting to the top of Mount Everest or probing the reason for existence or exploring our solar system.

As you probably noticed last week, we had the first commercial crew capsule that launched and returned to Earth, which was a phenomenal milestone. It harkens back to the start of the aviation industry, when airplanes were very experimental, but became very common place within decades.

F: Do you apply AI technology at all in your robotic arms, especially regarding InSight?

AT: We’re not building the software that operates it. That's JPL’s job. The rovers and the robotics on Mars are basically given a command to move to a point and wait for the next command. Or a sequence of commands are given and it follows that sequence as long as all the telemetry is green. If it runs into a problem it stops and waits for the operator back on Earth. So it's a rudimentary type of control, but it's very conservative and safe because we don't need to operate quickly.

Once you get humans or other time critical elements involved, there is interest in how you automate it or how you improve the time efficiency — because the astronaut's time is precious.

We haven't implemented AI on the Mars arms before, but with software and processing and algorithms now advancing so rapidly I believe that not only Gateway, but all future robotic systems will have some levels of autonomy and artificial intelligence embedded in them.

F: Anything else you wanted to talk about?

AT: One of the most exciting aspects of space robotics right now is the potential to assemble spacecraft, space telescopes, and other platforms in space.

A spacecraft the size of the Space Station could never be built and launched on one launch vehicle. If you open up your thinking to building communication satellites, space telescopes, habitats in space — that's what I believe that we're now approaching, which harkens back to the von Braun space station from the 1940s and sci-fi. What we're going to get to is an era in space where we are not limited by the size of a launch vehicle.