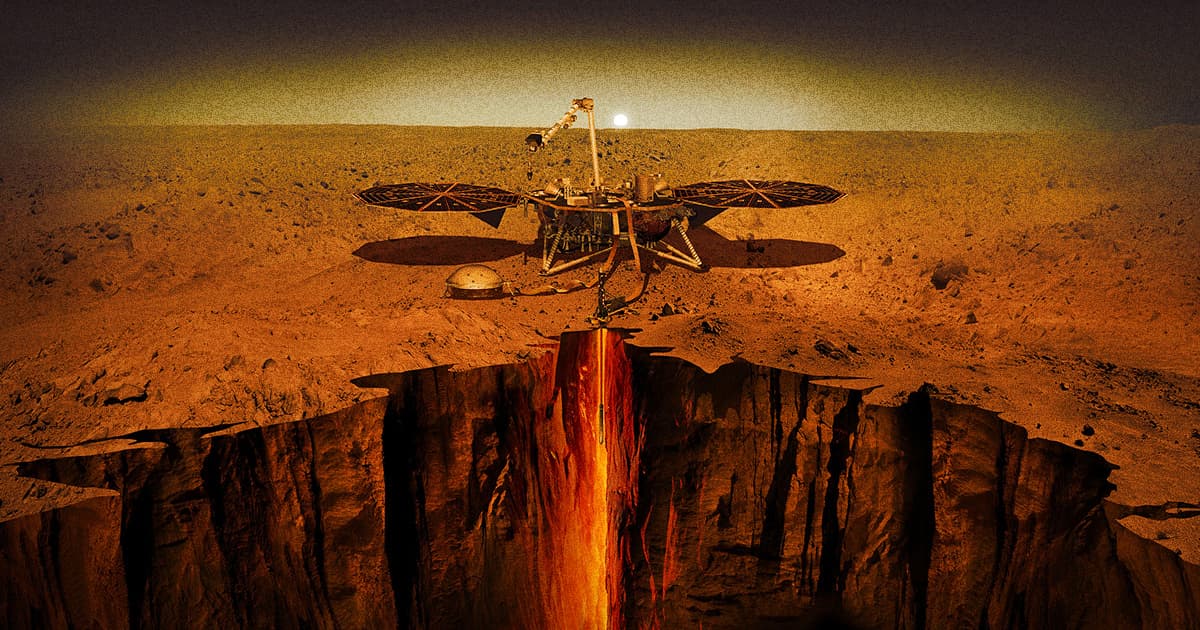 Another dust storm could kill the struggling lander for good.

Another dust storm could kill the struggling lander for good.

NASA's InSight lander is in trouble.

InSight, which has been conducting important research on the surface of Mars since it landed in 2018, is caked in so much dust that its solar panels can't harness enough energy to stay operational, Insider reports. NASA has been gradually powering down InSight's instruments and putting the lander into hibernation mode to save energy, and the agency seems optimistic that it will pull through. But Mars' weather is unpredictable, and another dust storm could be enough to kill the rover for good.

NASA typically relies on powerful gusts of wind to clear off the solar panels on its Mars landers and rovers. But there hasn't been a breeze in Elysium Planitia, InSight's landing spot, so dangerous quantities of dust have piled up.

Over the next month, Insider reports, NASA scientists will likely put InSight into a complete hibernation mode so it can conserve its batteries and focus entirely on staying operational until the Martian summer begins. Even InSight's batteries do die, InSight principal investigator Bruce Banerdt expects it to eventually return like a "zombie spacecraft" when the planet travels closer to the Sun.

"We would be hopeful that we'd be able to bring it back to life, especially if it's not asleep or dead for a long period of time," Banerdt told Insider. "But that would be a dicey situation."

But without power or heat, many of InSight's instruments and components, which Banerdt told Insider are "pretty delicate," could be irreparably damaged or destroyed by the harsh colds of the Martian winter.

NASA thinks the imperiled lander will survive the winter in some shape or form, Banerdt told Insider. But if just one dust storm hits InSight in the next few months before summer begins, it could all be over. Unfortunately, there's not much left to do but wait and see what happens.

READ MORE: NASA's InSight Mars lander is in emergency hibernation. If it can't save its batteries, it could die. [Insider]