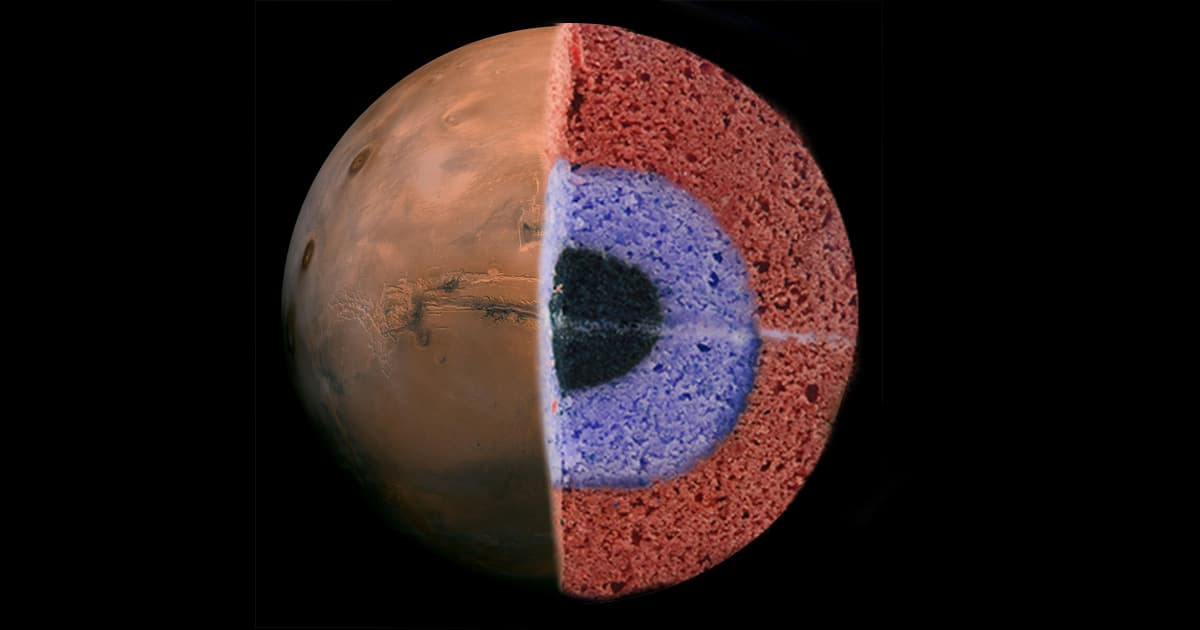 For the first time in human history, earthling scientists have analyzed first-hand data gathered firsthand about the internal structure of a planet other than their own.

Thanks to data taken by NASA's InSight Mars lander, we now know that the Red Planet likely has a three-layered crust made of different types of rock stacked on each other like a cake, according to Nature News. It's a major discovery, and not just because it's never been done before — it'll also likely help scientists understand how Mars formed and changed over time better than ever before.

You may recall that InSight struggled significantly to dig its probe beneath the surface of Mars. Thankfully, the lander has other tools for studying the planet's composition. In this case, it can measure how different kinds of seismic waves travel through the ground to determine how thick each of Mars' layers are and what they're made of, similarly to how scientists study earthquakes back on terra firma.

After studying over 480 marsquakes, "we have enough data to start answering some of these big questions," NASA researcher and InSight principal investigator Bruce Banerdt told Nature.

Based on those marsquake readings, InSight data suggests that Mars' crust has either two or three layers that, combined, are either 20 or 37 kilometers thick. That's much thicker than the Earth's crust beneath the oceans, but considerably thinner than Earth's continental crust.

There's a lot of work left to do to determine what the layers of Mars are really like — but based on everything else we know about the planet, the three-tiered model makes a whole lot of sense, experts told Nature.

More on Mars: NASA’s Mars Mole is Officially “Dug In”