NASA's Mars Mole Is Giving Up 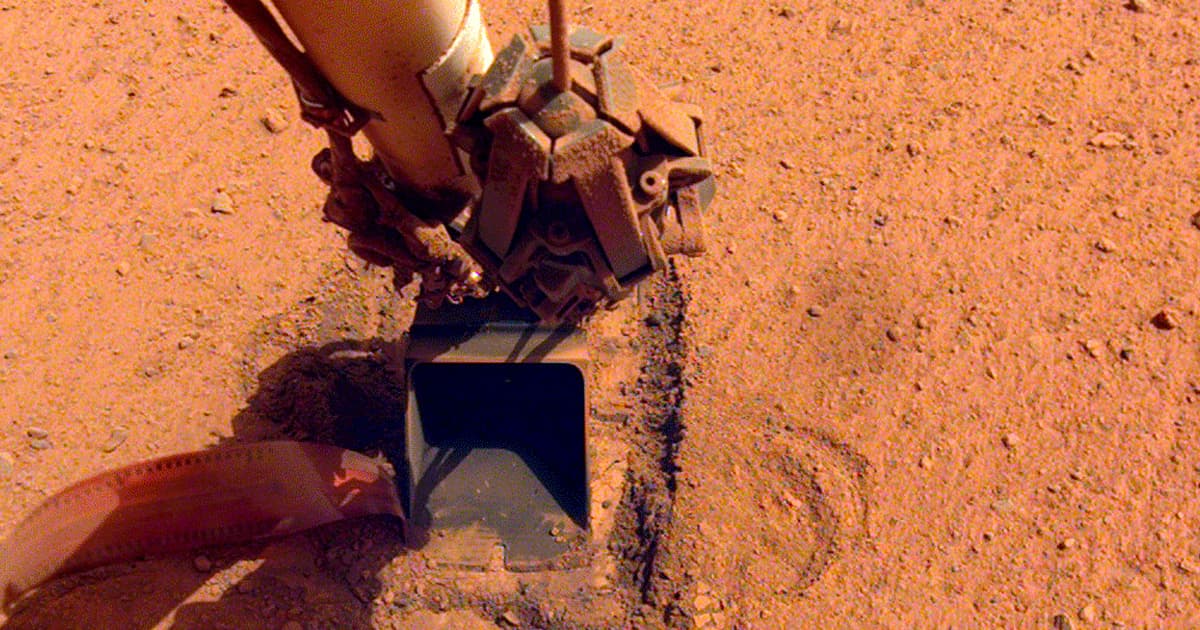 The "mole" attached to NASA's InSight Mars lander, which has been attempting to dig itself into the rocky surface of the Red Planet since February 2019, is officially giving up, according to a NASA statement.

The probe, called the Heat Flow and Physical Properties Package (HP3), had been desperately trying to get itself into the surface in order to take the planet's internal temperature. Its goal was to study Mars' evolution and geology by collecting glimpses of heat flowing out of the planet's interior.

But just short of two years of attempts that have only had limited success, the mole's journey is now over. On January 9, the InSight lander's robotic arm hammered down on the probe another 500 times in one last attempt to get the 16 inch long probe buried under the surface.

The problem: the probe had to reach a minimum depth of 10 feet. The scientists were perplexed by the type of soil InSight landed on as it didn't resemble the kind of soil studied by NASA's Mars rovers in the past.

Time after time, the mole hit unexpected layers of impenetrable rocks or sandy patches that didn't allow it to get enough purchase. In June, it looked like it had finally managed to bury itself completely. But it still couldn't get far enough under the surface to accomplish its science goals.

"We’ve given it everything we’ve got, but Mars and our heroic mole remain incompatible," Tilman Spohn, the instrument's principal investigator from Germany's research center for aeronautics and space (DLR), said in the statement.

"The mole is a device with no heritage," Troy Hudson, a scientist and engineer at NASA’s Jet Propulsion Laboratory, said in the statement. "What we attempted to do — to dig so deep with a device so small — is unprecedented."

But not all is lost.

"Fortunately, we’ve learned a lot that will benefit future missions that attempt to dig into the subsurface," Spohn continued.

It's a bittersweet moment for the team.

"We are so proud of our team who worked hard to get InSight’s mole deeper into the planet," Thomas Zurbuchen, NASA's associate administrator for science, said. "It was amazing to see them troubleshoot from millions of miles away."

Fortunately, InSight's other instruments have been granted an extension to carry on.

These instruments include a seismometer that can detect Marsquakes, a suite of weather-detecting meteorological instruments, and a radio experiment that's trying to figure out if Mars' core is liquid or solid.