But that's not necessarily a bad thing. 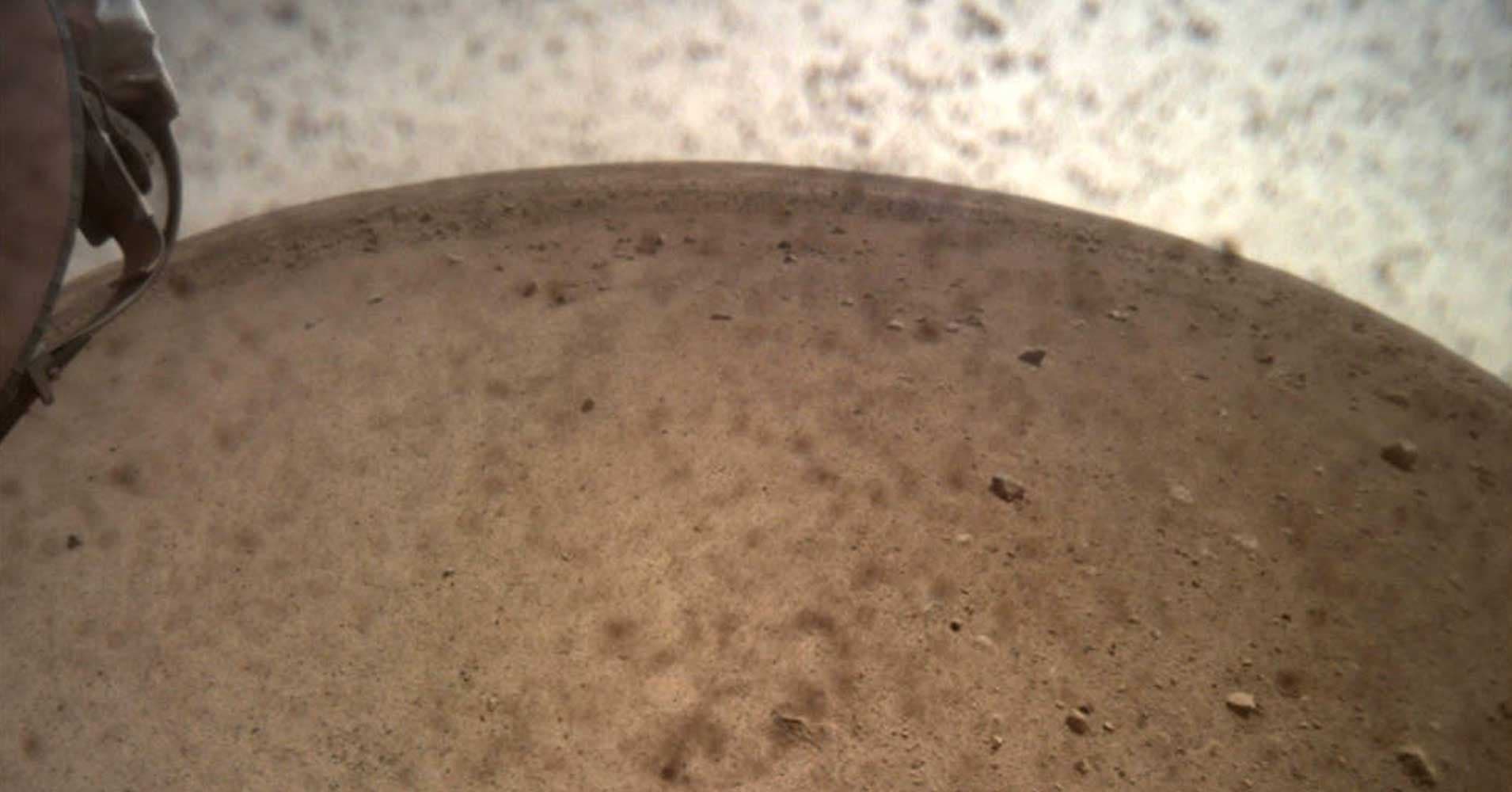 NASA's Insight Lander survived the harrowing journey through outer space, and has settled nicely on the Martian surface. And while it's charging its batteries, new details are emerging about where exactly InSight landed.

While that may sound like it could be an issue down the road, scientists at NASA have thought ahead: InSight could actually operate normally with an inclination of up to 15 degrees, according to an update on NASA's website.

Land at the wrong angle, and collecting solar energy could prove more difficult. It could've also jeopardized InSight's mission to probe the Martian surface to read the planet's temperature, and detecting ground motion using its seismometer.

There's a lot of shallow dust and sand surrounding InSight's impact crater — and that might actually turn out to be an advantage. "There are no landing pads or runways on Mars, so coming down in an area that is basically a large sandbox without any large rocks should make instrument deployment easier and provide a great place for our mole to start burrowing," Tom Hoffman, InSight project manager at JPL, tells NASA.

In a couple of days, InSight will (hopefully) be sending us some high-definition pictures of its surroundings. And those will give the team back on Earth a much better idea as to where to place InSight's instruments for some scientific experiments within the next couple of months.

Otherwise, InSight is doing just fine. In fact, it just broke the "off-world record" for generating the most electrical power than any other previous lander on Mars — almost twice as much as Curiosity.

And that means all systems go. "The 4,588 watt-hours we produced during sol 1 means we currently have more than enough juice to perform these tasks and move forward with our science mission," says Hoffman.

Read This Next
Palliative Care
NASA's Mars Lander Refuses to Die Even Though It's Supposed To
Death Watch
Goodnight Sweet Prince: NASA is Officially Killing Its Mars Lander
Delayed Pictures
Mars Helicopter Suffered Glitch During Flight, Forced Emergency Landing
Over the Rainbow
NASA: That's Not a Rainbow We Photographed on Mars
Photo Bomb
Why Isn’t NASA Releasing RAW Images from Perseverance?
More on Off World
Take Cover
4:11 PM on the byte
Space Startup Blows Up Another Giant Inflatable Space Station Module
Rock Blast
3:28 PM on the byte
Scientists Say There's an Upside to Those Rocks That Keep Bludgeoning the James Webb
Meathead Theory
2:57 PM on the byte
Professor Receives Insane Email Claiming "Biological" Green Comet Is Giving Off "Meat Smoke"
READ MORE STORIES ABOUT / Off World
Keep up.
Subscribe to our daily newsletter to keep in touch with the subjects shaping our future.
+Social+Newsletter
TopicsAbout UsContact Us
Copyright ©, Camden Media Inc All Rights Reserved. See our User Agreement, Privacy Policy and Data Use Policy. The material on this site may not be reproduced, distributed, transmitted, cached or otherwise used, except with prior written permission of Futurism. Articles may contain affiliate links which enable us to share in the revenue of any purchases made.
Fonts by Typekit and Monotype.