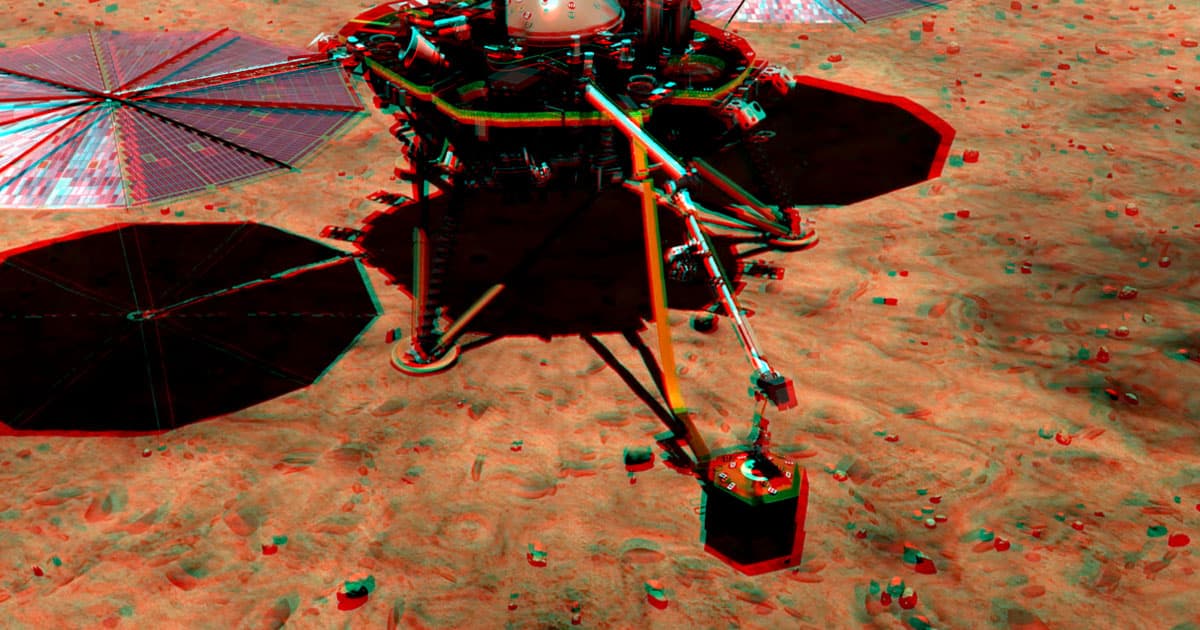 Ear to the Ground

Listen to the latest audio samples from NASA's Mars lander.

Listen to the latest audio samples from NASA's Mars lander.

NASA's Mars InSight lander has detected some "peculiar sounds," thanks to an onboard seismometer that's capable of picking up the tiniest of vibrations.

The InSight team found that delicate parts inside the seismometer itself were expanding and contracting, causing "dinks and donks" — the team's nickname for strange mechanical sounds — to show up in the samples received and analyzed back on Earth. In sum, the eerie noises turned out to be a mixture of wind gusts, sounds from mechanical movements of parts inside the lander itself, and marsquakes.

The lander's Seismic Experiment for Interior Structure sensor has detected more than 100 events since the rover placed it on the Martian surface in January. In April, InSight recorded its first ever marsquake — "faint rumbles" that "appear to have come from the inside of the planet," according to NASA.

The InSight team believes that marsquakes last for tens of minutes, unlike the seconds here on Earth, thanks to the Red Planet's dried crust in which fractures remain after impact. The sound waves are able to scatter, rather than travel in a single line like here on Earth, allowing sound waves to continue uninterrupted.

"It's been exciting, especially in the beginning, hearing the first vibrations from the lander," said Imperial College London's Constantinos Charalambous, who's on InSight's SEIS team, in a statement. "You're imagining what's really happening on Mars as InSight sits on the open landscape."

More on InSight: Here’s How NASA Dreams up Robotic Arms for Landers