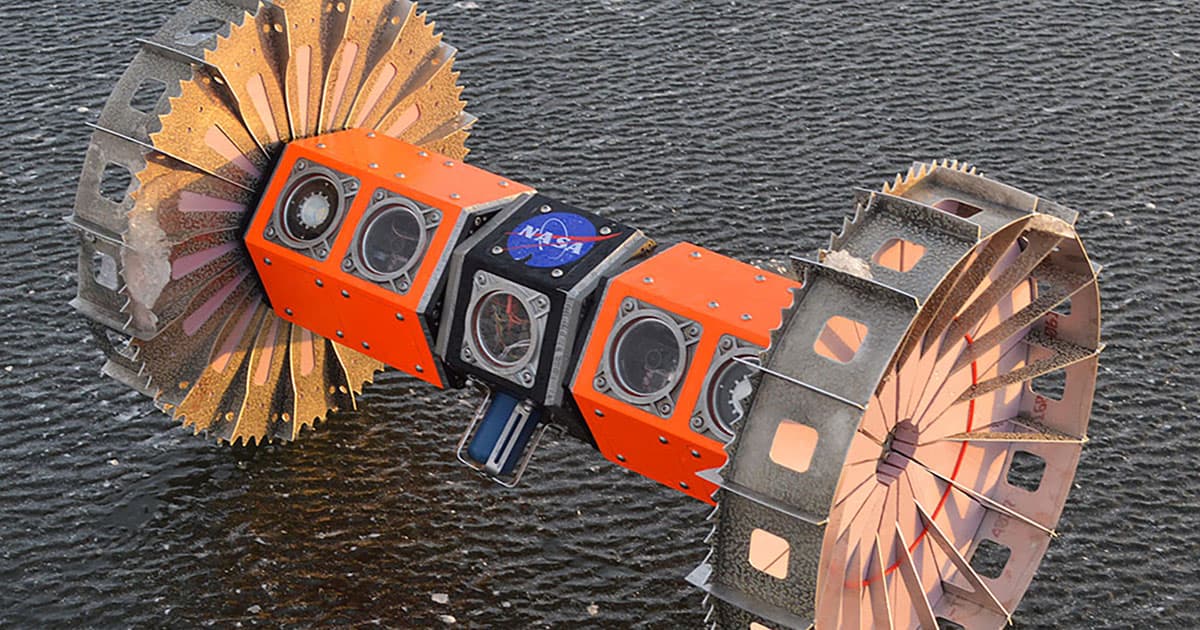 If there's life on Europa, this robot may be able to find it.

If there's life on Europa, this robot may be able to find it.

NASA just unveiled a new autonomous robot named BRUIE that it plans to send on the prowl for extraterrestrial life.

The robot looks like a remote-controlled car — it's little more than two wheels and the axle connecting them. But those wheels can cling to the bottom of a layer of ice — a valuable skill that NASA hopes will let it search for signs of life beneath the surface of oceans on distant exoplanets and moons.

BRUIE, a collaboration between NASA and The University of Western Australia (UWA), has been busy doing trial runs in the Arctic and Antarctica, which engineers say are the best approximations for the conditions it will encounter on other worlds.

"BRUIE, a buoyant rover with two independent wheels, is designed to drive along the underside of ice crust and uses onboard instruments to detect compounds that are of interest to space scientists," UWA engineer Dan Arthur said in a press release. "In the future, we will be reliant on technologies like BRUIE to enable the exploration of these ocean worlds and beyond."

Arthur suggests that BRUIE could be sent on a mission to Europa — the moon of Jupiter that scientists think is a prime candidate for hosting life — after NASA's fly-by missions scan it later this decade.

"Europa Clipper could be followed by a subsequent mission," Arthur said, "which will aim to land on the surface of Europa and deploy an evolution of BRUIE, beginning the search for life on the icy moon."

READ MORE: Autonomous BRUIE robot could help in the search for signs of life in space [UWA]

More on space robots: NASA Fixes Mars Lander by Telling it to Hit Itself With a Shovel