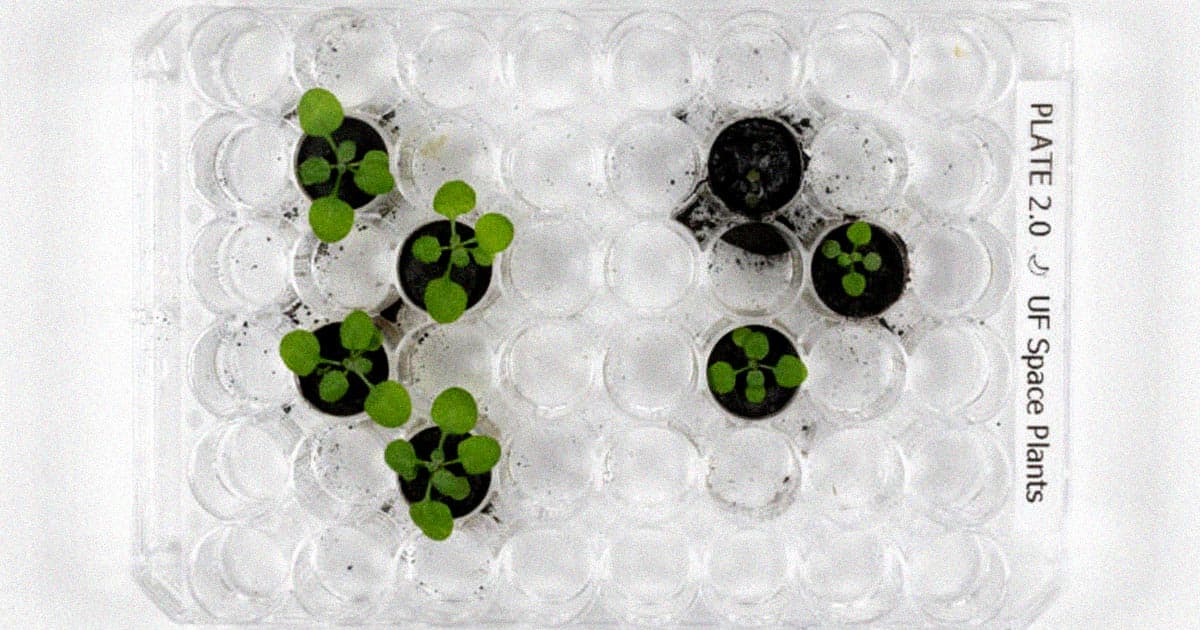 Would you eat these weird-looking sprouts?

Would you eat these weird-looking sprouts?

Well, don't get too psyched for delicious lunar salad just yet. In a new interview with Astronomy Magazine, University of Florida horticultural scientist Rob Ferl — the author of a recent Communications Biology study detailing the experiment — brought us down to Earth with a description of just how wretched the miraculous plants turned out.

"Plants grown in lunar soil tended to be smaller," Ferl told the magazine, "and they contained purplish pigments that were indications of stress."

Seriously, do these things look tasty? Now we're not so sure.

According to the horticulturist, the plants used in the experiment — the flowering Arabidopsis weed found in Europe and Asia, which scientists like to use because its whole genome has been mapped — really didn't seem to dig the difference between the nutrient-rich soil we have on Earth versus the metallic dirt found on the Moon.

"Given conditions on the Moon," Ferl told Astronomy, "you can’t just throw seeds out on the surface and ask them to grow."

On the one hand, it's a huge leap forward that the plants were able to grow at all. Given these results, though, it sounds like we're still a long ways off from being able to grow food in a lunar greenhouse.