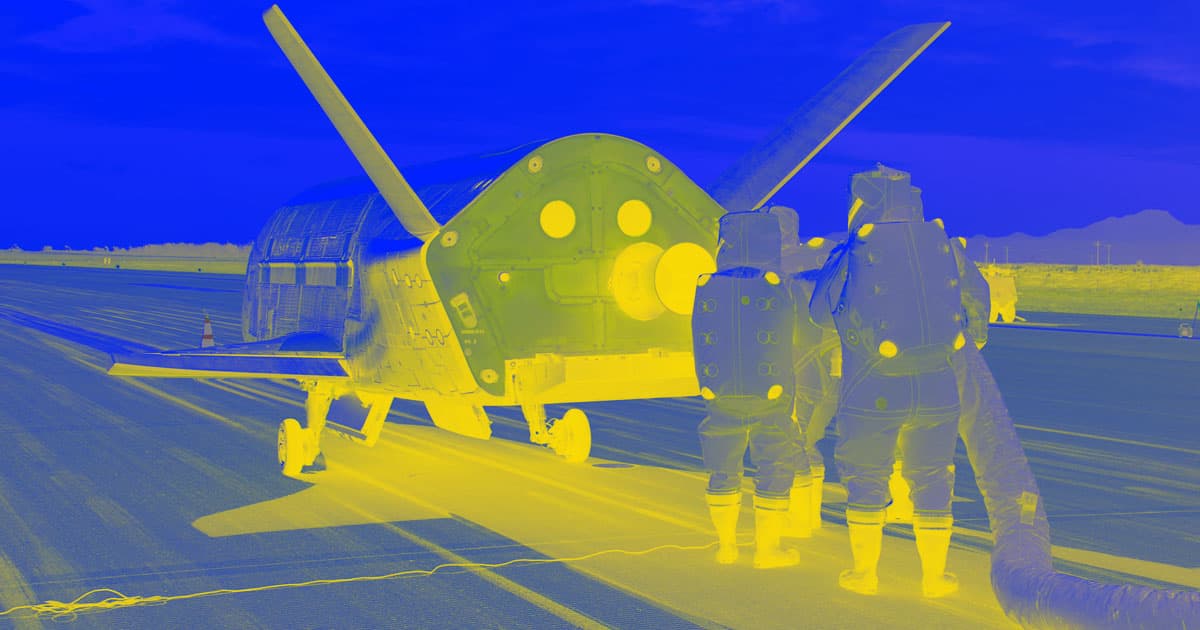 The US has something very mysterious in orbit.

The US has something very mysterious in orbit.

Also known as the Orbital Test Vehicle, the military craft looks like a scaled-down version of NASA’s Space Shuttle and measures just 29 feet long with a wingspan of 15 feet. The craft spotted by Vanderberg is the fifth iteration, launched into space atop a SpaceX Falcon 9 in 2017.

“It is really a small object, even at only 300 kilometers [186 miles] altitude, so don’t expect the detail level of ground-based images of the real space shuttle,” Vandebergh told Space.com. “We can recognize a bit of the nose, payload bay and tail of this mini-shuttle, with even a sign of some smaller detail.”

Details surrounding the mission are extremely sparse. The Air Force squadron responsible for the mission oversees space-based demonstration operations, as well as gathering info on objects flying at high altitudes over Earth, according to Space.com.

The X-37 project began in 1999 and was taken over from NASA by the U.S. Department of Defense in 2004. An earlier version, called the X-37A, completed a test flight attached to the underbelly of California Spaceport Scaled Composites’ White Knight carrier plane in 2005.

Though we still don’t know what the X-37 is doing up there, the episode is a startling reminder of the power of citizen science — even in the age of the militarization of space.

Alt Propulsion
NASA, DARPA, MIT Scientists Met to Discuss “Anti-Gravity” Tech
9. 22. 21
Read More
Can't See the Drones for the Swarms
This Theory Could Explain Many Military UFO Sightings
4. 16. 21
Read More
The Other Left!
A Guy Who Drives NASA’s Mars Rover Is Dishing About the Experience
12. 23. 20
Read More
+Social+Newsletter
TopicsAbout UsContact Us
Copyright ©, Camden Media Inc All Rights Reserved. See our User Agreement, Privacy Policy and Data Use Policy. The material on this site may not be reproduced, distributed, transmitted, cached or otherwise used, except with prior written permission of Futurism. Fonts by Typekit and Monotype.