Actually, "It's Colder than Mars" Could be True Year-Round

You're chilly. We get it. 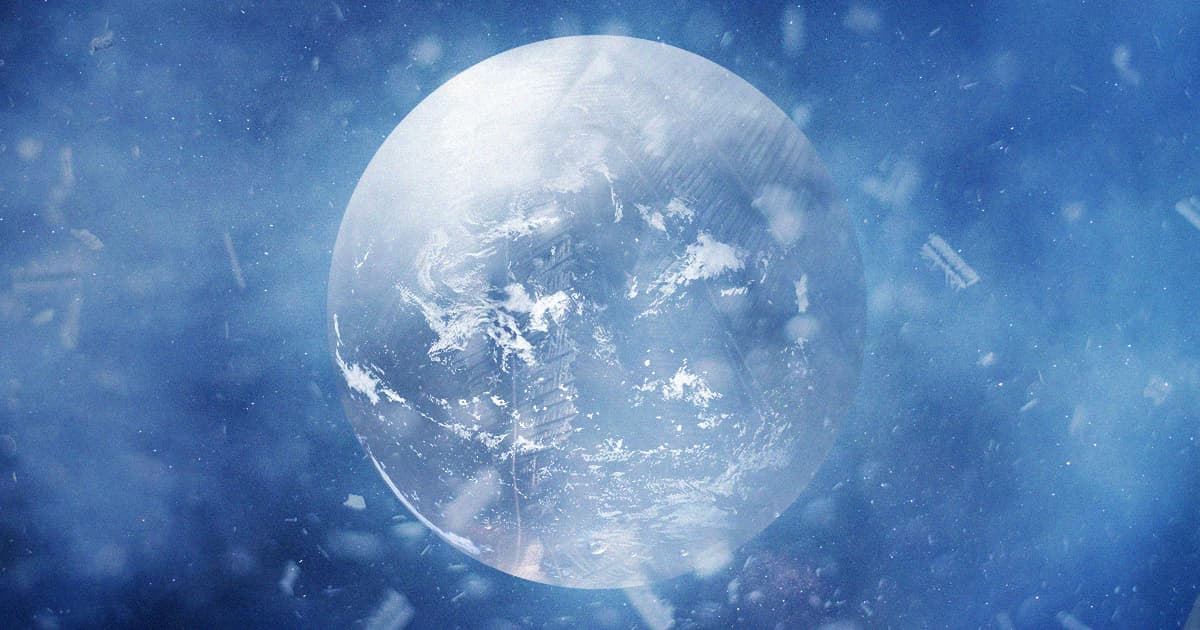 Record-smashing cold temperatures have led to a wave of headlines highlighting how parts of the U.S. are now colder than Mars. In parts of media, this is now a near-yearly ritual: The Atlantic had a story on it in 2017, and even NASA's Curiosity Rover tweeted it a few winters ago.

But what does "colder than Mars" really mean? Does it mean your friends in the Midwest — assuming they survive the Polar Vortex — have conquered their first round of Martian training? Not quite.

It could be spring in New York City and be 42 degrees Fahrenheit (10 degrees Celsius) and we could still say that it's colder than the Red Planet.

Mars has a thin, CO2-rich atmosphere — about 100 times thinner than Earth's. That means the Red Planet isn't able to retain much heat. Which makes it easy to assume it's pretty damn cold all the time. But that's not quite accurate.

According to The National Weather Service, towns across Minnesota and North Dakota plummeted to -60 degrees F (-51 C) or even colder this week. Colder than Mars? Yes. But not the average Martian day.

NASA created this handy chart to help us out.

On an average Mars day, the planet is about -81 degrees F (-60 C) — which yes, is much colder than Minnesota right now. But that's just part of the range of temperatures on the Red Planet. During winter, temperatures near the poles can get down to -195 degrees F (-125 C). A summer day on Mars may get up to 70 degrees F (20 C) near the equator — with the highest temperature shown by NASA at a balmy 86 degrees F (30 C). Which is why we could really say it's colder than Mars on parts of Earth any day of the year.

Still, in an interview with The Atlantic, Michael Mischna, a research scientist at NASA’s Jet Propulsion Laboratory in California, says the comparison is indeed accurate — but with one major difference. Let's say it was 50 degrees F (10 C) on Earth and 50 degrees F (10 C) on the Red Planet. Those two temperatures wouldn't feel the same to the human body, because of Mars' thin atmosphere and lack of water vapor.

"If you were to jump into a pool that was 70 degrees, it would feel a lot colder to your body than standing in air at 70 degrees, and that’s because the water is able to suck the heat out of your body," Mischna said. In other words, without as many water molecules to steal your heat, it wouldn't feel as cold. "Minus 100 degrees on Mars might only feel like minus 30," Mischna said.

So here's the deal: Like any other planet, Mars sees a wide range of temperatures depending on the location on the planet and the time of year. Yes, it has seasons like Earth because of the tilt of its axis. So it's easy to say "it's colder than Mars" – and it could be true. But the reality is as nuanced as environmental variations throughout the cosmos.

READ MORE: It's Colder Than Mars Out There [The Atlantic]

Read This Next
Water Canyon
Scientists Spot Hidden Water in Mars' Grand Canyon
Martian Ammonia
NASA Rover Detects Organic Molecules on the Surface of Mars
Joseph Strikes Again
Experts Shred Paper Claiming to Identify Mushrooms on Mars
Mars Shrooms
Extremely Dubious Research Claims to Spot Fungus Growing on Mars
In Rainbows
NASA Releases Breathtaking Rover Photo of "Rainbow" on Mars
More on Hard Science
Good God
Tuesday on the byte
Huge Cloud of Toxic Yellow Gas Kills 13
zombie star
Tuesday on futurism
Scientists Puzzled by Star That Exploded in Supernova But Somehow Survived
Life on Mars
Jun 21 on the byte
Physicist Says There's a Small Chance You'll Wake Up on Mars Tomorrow Due to Quantum Physics
READ MORE STORIES ABOUT / Hard Science
Keep up.
Subscribe to our daily newsletter to keep in touch with the subjects shaping our future.
+Social+Newsletter
TopicsAbout UsContact Us
Copyright ©, Camden Media Inc All Rights Reserved. See our User Agreement, Privacy Policy and Data Use Policy. The material on this site may not be reproduced, distributed, transmitted, cached or otherwise used, except with prior written permission of Futurism. Fonts by Typekit and Monotype.