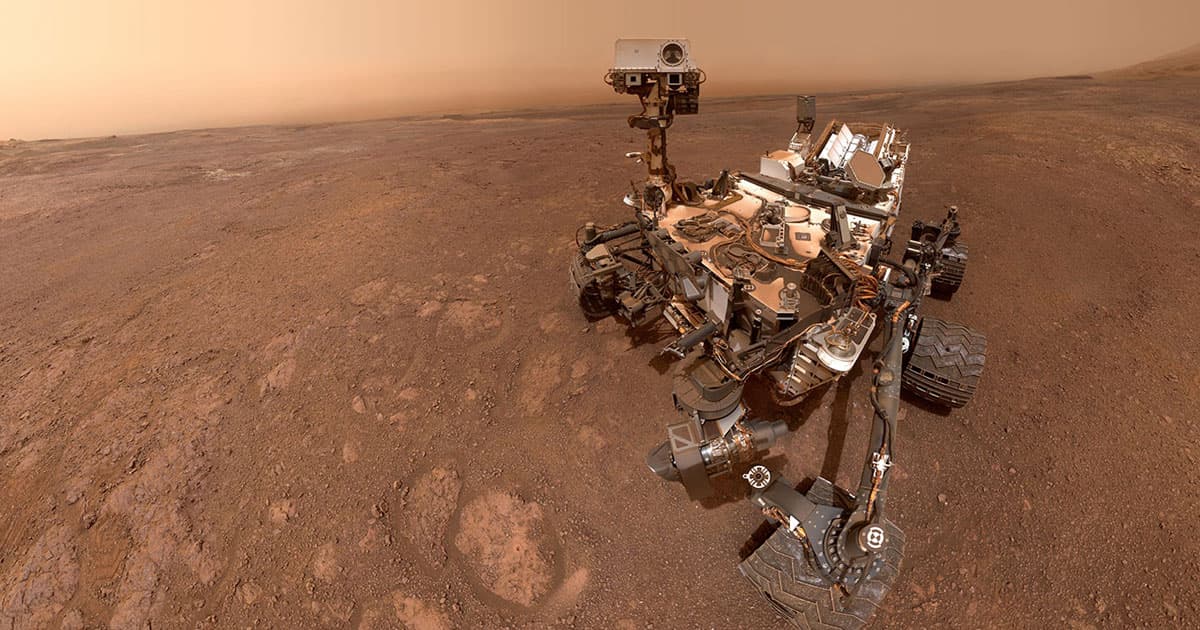 It's probably better than anything you took on vacation.

It's probably better than anything you took on vacation.

NASA's Curiosity rover, which landed on Mars in 2012, has been camping out at Vera Rubin Ridge — a wide ridge that overlooks the Red Planet's Gale crater — since September of 2017.

But it's finally ready to say goodbye and make its way down to a clay region of Mount Sharp, a massive mountain that towers 18,000 ft (5,500 m) over the crater's floor.

To commemorate the moment, Curiosity snapped 57 images that scientists later composited into a selfie — one of Curiosity's much-beloved moves.

The Vera Rubin Ridge was the place where NASA scientists found the first signs of water-like mineral signatures using the Mars Reconnaissance Orbiter.

Curiosity also drilled the floor of the Ridge 19 times to sample the surface.

Mount Sharp's "clay-bearing unit," as NASA's Jet Propulsion Lab calls it, is just south of the Vera Rubin Ridge and will become Curiosity's newest lab. The clay could hold important clues about the history of the Gale crater — scientists suspect it could be a dried up lake.