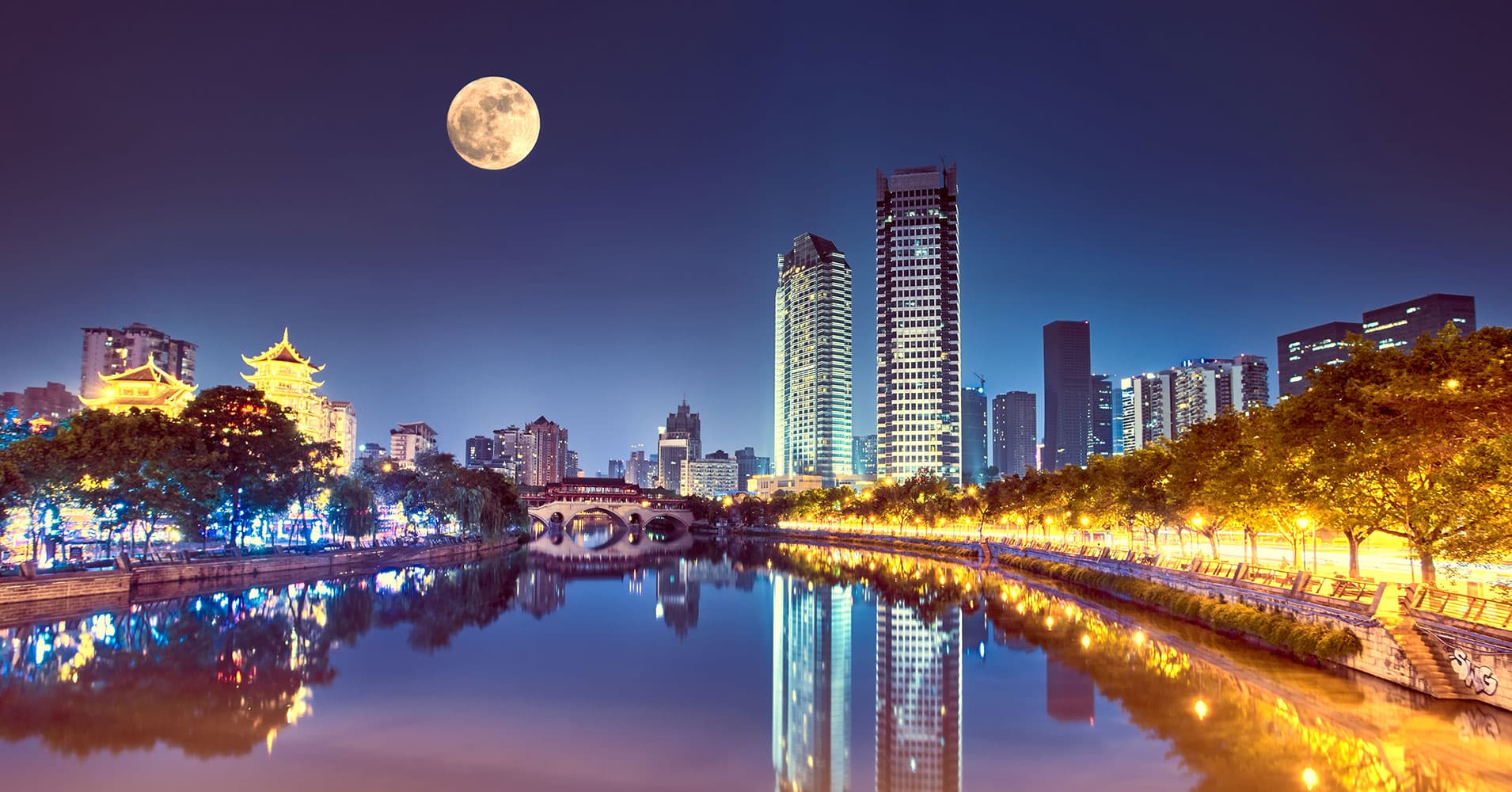 The move could save the city $2.8 billion dollars over five years.

The move could save the city $2.8 billion dollars over five years.

Don’t be surprised if sales of blackout curtains start to skyrocket in Chengdu.

On Tuesday, media platform CIF News reported that the Chinese city plans to launch an illumination satellite into the sky in 2020. This “artificial moon” will be eight times as bright as the Earth’s natural one, according to the report — bright enough to replace all the streetlights currently illuminating the city at night.

The artificial moon isn’t some giant lightbulb in the sky — a coating on the satellite‘s adjustable wings will simply reflect sunlight onto the city.

Technical details on the satellite are scarce, but if it works as expected, the device will cut Chengdu’s energy consumption enough to save the city an estimated 20 billion yuan (approximately $2.8 billion dollars) within five years of its launch, according to the CIF News report.

Wu Chunfeng, chairman of the Aerospace Science and Technology Microelectronics System Research Institute, the private space contractor behind the project, said during an innovation and entrepreneurship event held in Chengdu last week that testing began on the artificial moon years ago.

The institute predicts the artificial moon will be able to illuminate an area between 10 and 80 kilometers (approximately 6 and 50 miles) in diameter and will be ready for launch within two years.

Those concerned that this atmospheric night light will disturb wildlife in Chengdu needn’t be — researcher Kang Weimin told People’s Daily Online the satellite will produce a dusk-like glow that’s dim enough to not affect the city’s animal population.

As for people who can’t sleep in anything but a completely dark room, though, there’s always those blackout curtains.

More on saving energy: Cities’ “Smart” Led Streetlights May Be Secretly Watching Over You