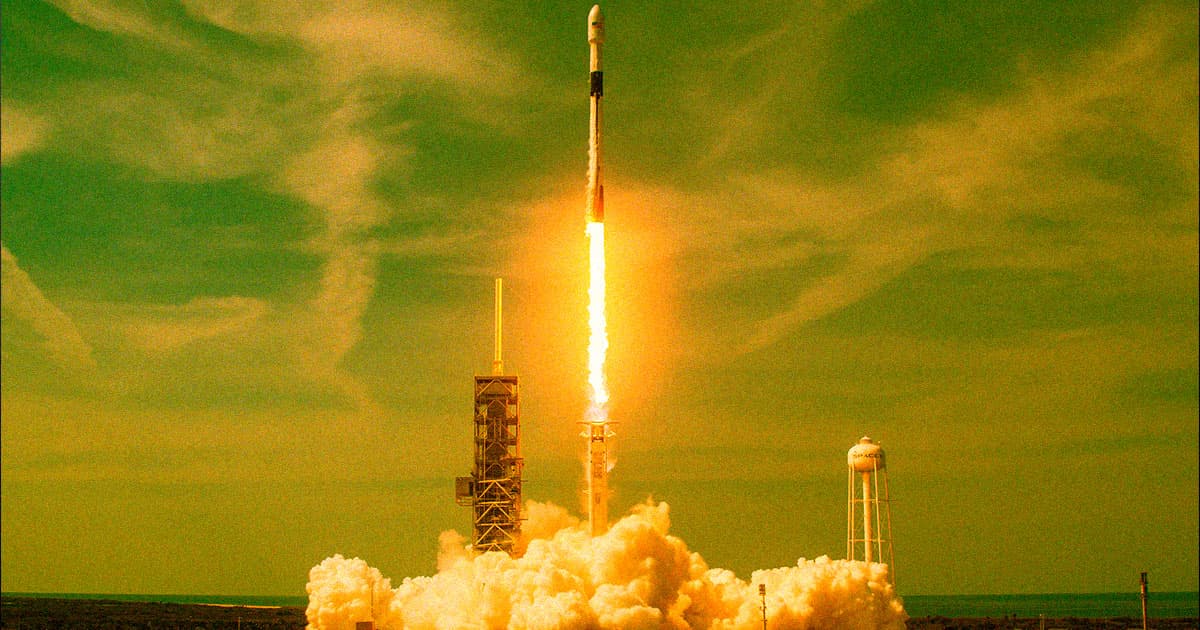 "Will also be important for Mars."

"Will also be important for Mars."

SpaceX is embarking on a bold new adventure: making rocket fuel out of thin air.

"SpaceX is starting a program to take CO2 out of atmosphere & turn it into rocket fuel," CEO Elon Musk tweeted on Monday. "Please join if interested."

Such a process — using in-situ resources to generate fuel — could have great implications during our transition to becoming interplanetary, according to Musk.

"Will also be important for Mars," he added in a follow-up tweet.

It's particularly a pertinent topic for SpaceX's operations, given that its workhorse Falcon 9 rocket emits plenty of CO2 when it launches.

And it's not quite as far fetched as it sounds. Using a new technique called "direct air capture" (DAC), SpaceX could suck in thousands of tons of carbon dioxide to turn it into a source of fuel, Bloomberg reports.

Iceland recently started operations at the world's largest DAC plant, sucking up to 4,400 tons of CO2 a year.

The news comes after Musk announced a $100 million prize to come up with carbon removal technologies earlier this year. The goal is to pull 1,000 tons of CO2 out of the atmosphere annually — and eventually scaling up the operation dramatically.

"Right now we've only got one planet," Musk said at the time. "Even a 0.1 percent chance of disaster — why run that risk? That's crazy!"

Fusion Futility
Elon Musk Slams Fusion, Says Future of Energy Is Wind and Solar
Sep 9
Read More
Coastal Chaos
The Doomsday Glacier Is Hanging on "By Its Fingernails," Scientists Say
Sep 7
Read More
Remember Donald?
Donald Trump Goes on Bizarre Rant Against Electric Cars
Sep 6
Read More
+Social+Newsletter
TopicsAbout UsContact Us
Copyright ©, Camden Media Inc All Rights Reserved. See our User Agreement, Privacy Policy and Data Use Policy. The material on this site may not be reproduced, distributed, transmitted, cached or otherwise used, except with prior written permission of Futurism. Articles may contain affiliate links which enable us to share in the revenue of any purchases made.
Fonts by Typekit and Monotype.