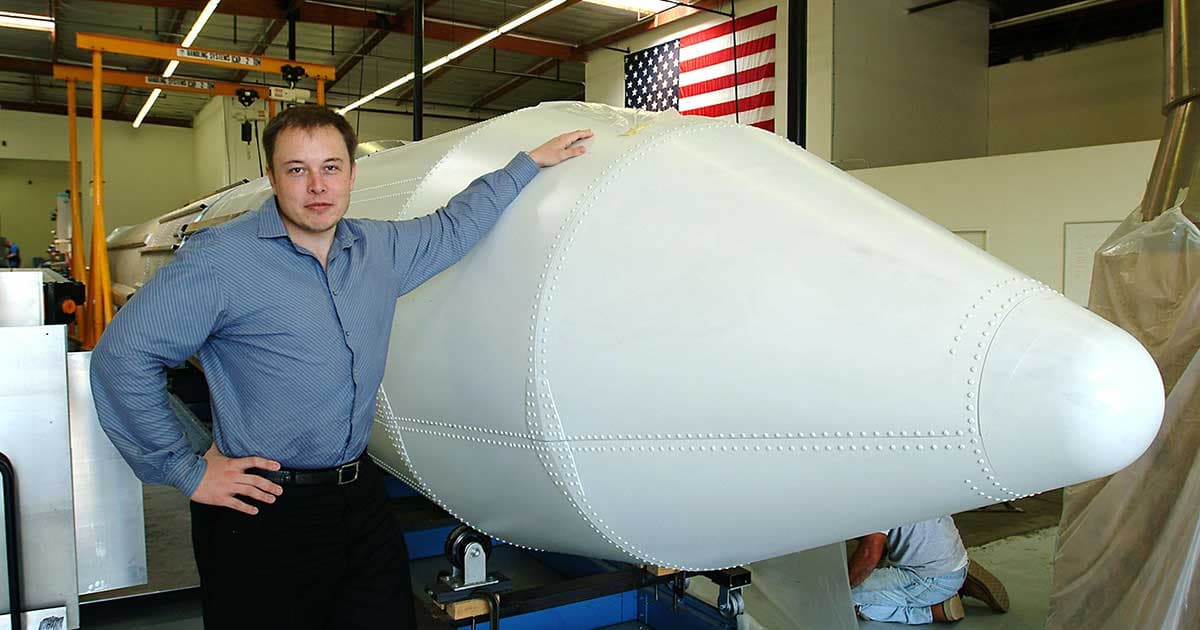 And the rest is history.

And the rest is history.

In one particularly lurid detail, according to Garver's account, Musk was inspired to launch the company after having a Russian engineer spat on his shoes.

It turned out to be a pivotal moment in space exploration history. SpaceX went on to build the largest rocket in the world and establish the biggest satellite constellation, not to mention becoming the first private company to send astronauts to orbit.

SpaceX cofounder Jim Cantrell corroborated the incident, recalling that Musk was treated poorly during their visit to Moscow, an effort to buy space rockets for future missions to Mars.

"The chief designer was getting very agitated as Elon spoke," Cantrell said during a documentary, which first aired in May on British TV network Channel 4. "The chief designer got tired of listening to him and he spit on our shoes."

According to Garver's new book, the Russians may have taken offense to Musk's informal attire, and were taken aback by his "disrupter mentality," leading to the billionaire CEO storming out of the room.

On the flight home, Musk decided to start his own rocket company — and the rest, of course, is history.

Musk has since repeatedly butted heads with the Russian space program, most notably with the head of Roscosmos Dmitry Rogozin.

In 2014, Rogozin famously joked that the US might as well "deliver its astronauts to the ISS by using a trampoline," referring to the fact that until recently, the US had to rely on Russian-built Soyuz spacecraft to deliver astronauts into space, following the retiring of the Space Shuttle program.

But just over two decades after cofounding SpaceX, Musk got the last laugh. The company has since successfully helped NASA and the US end their Soyuz dependency, regularly traveling to the space station in SpaceX's Crew Dragon spacecraft.

"The trampoline is working," Musk joked after SpaceX successfully delivered two NASA astronauts into orbit in May 2020.