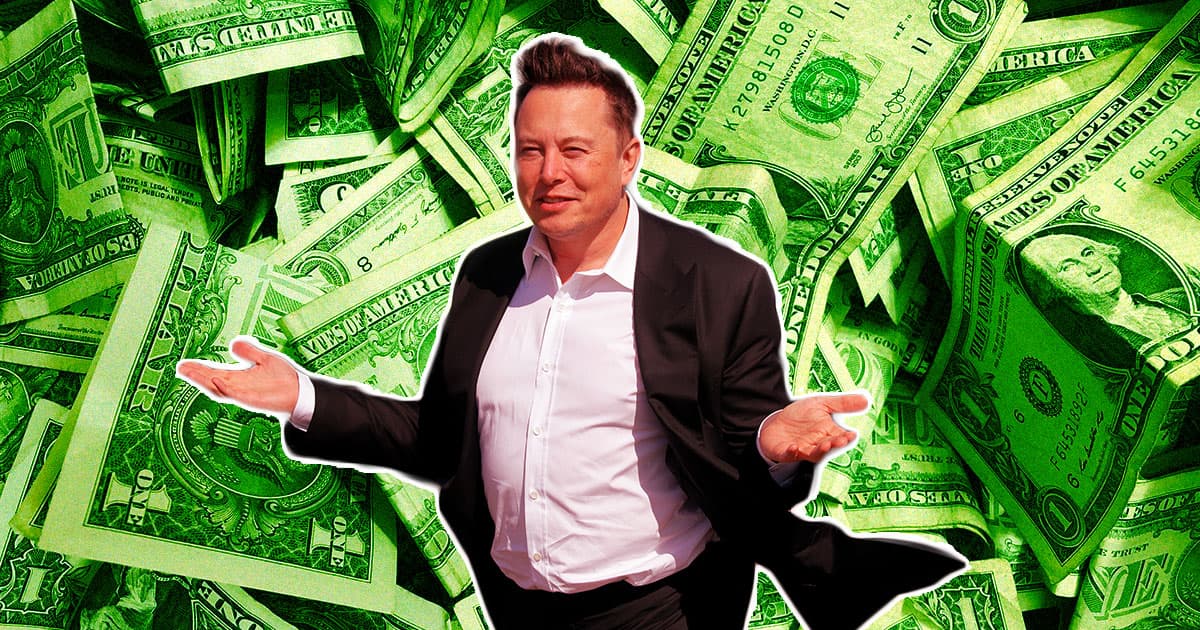 He's just like us... except that he's the richest man on Earth.

He's just like us... except that he's the richest man on Earth.

When tweeting in response to an adoring fanboy, Tesla and SpaceX CEO Elon Musk accidentally made the case for canceling student loan debt.

"I came to the US with no money and graduated with over $100k in debt, despite scholarships and working 2 jobs while at school," Musk wrote.

Naturally, this narrative serves Musk's up-by-his-cyber-bootstraps narrative, and as such, is a repeat of statements he's made in the past.

In late 2019, when rumors that the Musk family owned "emerald mines" in South Africa were circulating, the incredibly-online CEO called the accusation "a pretty awful lie" and fleshed out what is now a familiar backstory: that he paid his way through college and had roughly $100,000 in loan debt to show for it.

"I couldn’t even afford a 2nd PC," Musk added, for some reason.

As with much of his background, the main reason to believe Musk's claim about his student loan debt is that there doesn't appear to be a lot to gain from him lying about it.

Musk having had six figures of loan debt wouldn't cancel out his contemporary wealth, nor does it appear to have impacted his politics at all. But for one shining moment, the man who keeps trolling Bernie Sanders seemed to have gained some class consciousness — and it was almost beautiful.

READ MORE: Elon Musk Brags That He is the "Best At Humility"