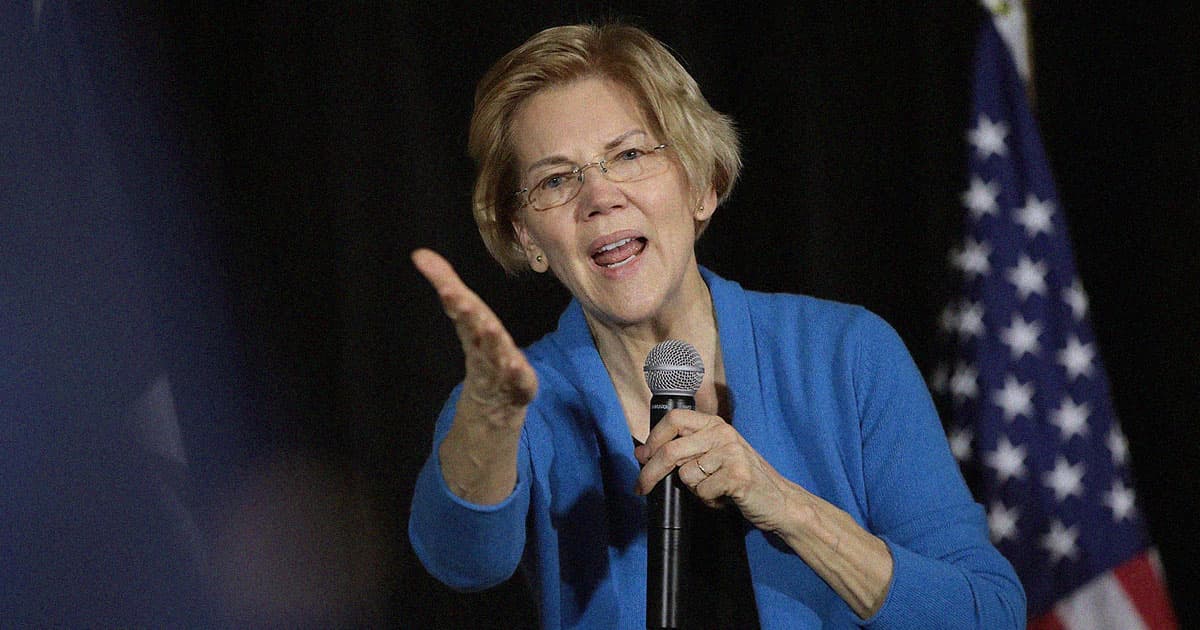 Furious at the Concept of Paying Taxes, Elon Musk Lashes Out at Elizabeth Warren

"Please don’t call the manager on me, Senator Karen."

"Please don’t call the manager on me, Senator Karen."

The world’s richest man had yet another temper tantrum on Twitter yesterday when a US lawmaker had the audacity to *checks notes* suggest that he should actually pay taxes.

On Tuesday, Tesla CEO Elon Musk raged at Senator Elizabeth Warren after she tweeted, "Let’s change the rigged tax code so The Person of the Year will actually pay taxes and stop freeloading off everyone else."

Not one to take a slight from a public figure lightly, the billionaire fired back his own five-tweet broadside.

"Stop projecting!" Musk tweeted, while linking to an article about Warren having misrepresented herself early in her career as having substantial Native American heritage, which she later apologized for. He went on to say that she reminded him of his childhood friend’s "angry Mom" who would "randomly yell at everyone for no reason."

"Please don’t call the manager on me, Senator Karen," he added.

Not yet satisfied, the SpaceX CEO sent two tweets at her again three hours later — all of it suggesting that Warren clearly got underneath his skin.

"And if you opened your eyes for two seconds, you would realize I will pay more taxes than any American in history this year," he added. It should be noted that a ProPublica investigation published this year discovered that Musk paid $0 in federal income tax in 2018 despite being worth $297 billion.

An Insider report also found that Musk doesn’t want the government to touch any of his wealth, despite the fact that he relies on lucrative federal contracts to keep his fledgling aeronautics company afloat and benefits greatly from subsidies to his electric vehicle company Tesla.

It's fair to point out that Warren definitely took the shot at Musk first. He’s within his right to respond to the progressive firebrand’s attack — but it’s hard to interpret his five-tweet replies as anything but defensive to the point of embarrassment.

Between his beef with Senator Bernie Sanders and now with Warren, it’s clear that Musk’s willing to go to eyebrow-raising lengths to fight back against taxes.

More on Musk vs politicians: Elon Musk Fans Are Furious at Him for Being Mean to Bernie Sanders