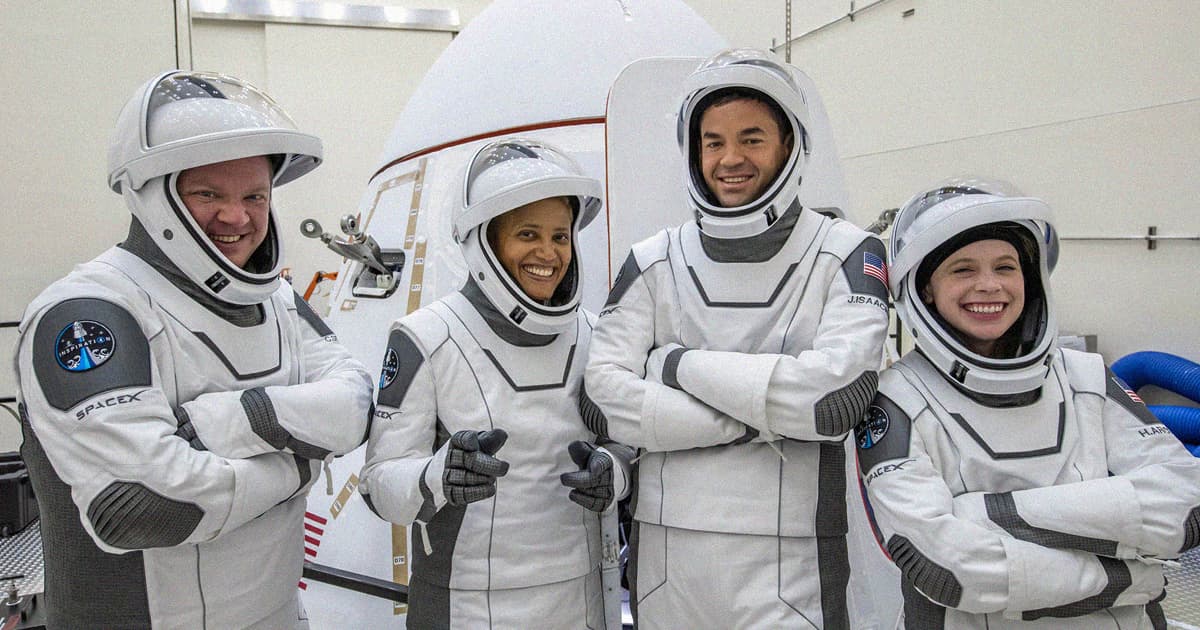 Elon is too busy.

Elon is too busy.

It's set up to be a historic moment: a crew of four civilians are about to rocket into space on board a SpaceX Crew Dragon capsule. The launch, dubbed Inspiration4, could soon mark the first time an all-non-professional team has ever gone for a trip around the Earth.

Interestingly, SpaceX CEO Elon Musk isn't exactly basking in the limelight ahead of Wednesday's launch. According to Inverse, mission lead and billionaire funder of the expedition Jared Isaacman has only spoken with Musk twice, and only "briefly."

"I try not to talk to him too much about the mission or really talk to him at all, for that matter, because he's a big brain, very cerebral guy," Isaacman told Inverse. "He's constantly thinking about how to solve the world's problems, and I don't want to interrupt that thought process."

It's seemingly a polite way of saying that Musk is too busy to talk to the Inspiration4 crew — and that's a shame, considering just how the momentous the occasion is.

"I'm looking forward to when we do [speak] because it's his vision that has gotten me this opportunity along with what Jared has put together," she told Inverse. "Getting that opportunity to show my gratitude and thankfulness is something that's important to me."

Chances are that Musk really is just extremely busy. His space company has actively been constructing a gigantic 400-foot tower that's designed to one day make it to orbit and even Mars — a massive engineering task of unprecedented proportions.

But that doesn't mean he has a couple of minutes to chat with the select few who are willing to put their lives on the line for his business. A little bit of schmoozing could go a long way.

READ MORE: Inspiration4: What the crew's interactions with Elon Reveal About SpaceX [Inverse]

More on the launch: SpaceX Rocket for First All-Tourist Spaceflight Rolls to Launchpad