"These are crazy low numbers by space standards." 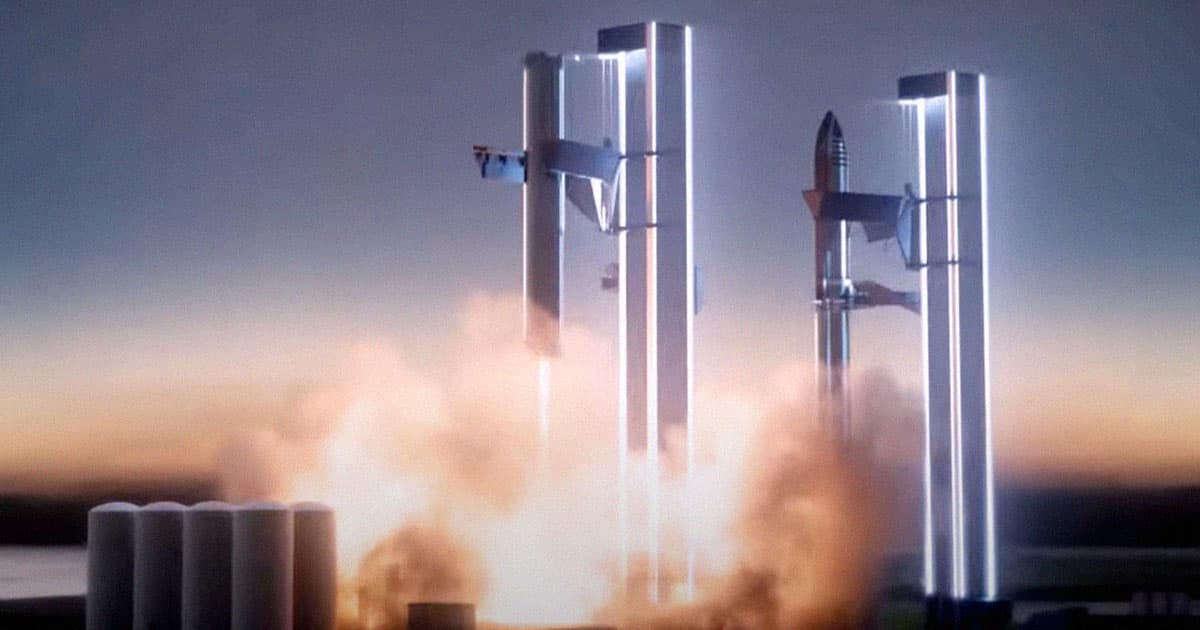 While we anxiously await the first orbital test flight of SpaceX's Starship, CEO Elon Musk tried to keep our — and investors' — spirits up during a presentation on Thursday.

Musk took to the stage to talk about Starship — for the fifth time overall, as The Verge points out — with his space company's latest engineering feat towering behind him: a 390-foot stack made up of the company's latest orbital-class Starship prototype and Super Heavy booster.

While the rocket stack is indeed a sight to behold, Musk did what he does best: make big promises about the future of his companies' plans. [nice]

"These are crazy low numbers by space standards," he added.

If Musk manages to hold true to his word — an astronomical "if" — SpaceX could eventually be sending up to 100 astronauts into space for almost one fiftieth of what it currently costs to send just one astronaut to the International Space Station.

You read that right. A single seat on board a SpaceX Crew Dragon to the space station goes for an estimated $55 million.

At Thursday's event, Musk also rehashed some well covered talking points, claiming that Starship could send around one million tons of material to Mars, enough to establish a self-sustaining city on the Red Planet.

"Starship is capable of doing that," Musk promised at the event. "And I think we should try to do that as soon as we can. The window of opportunity may be open for a long time — and I hope it is — but it may also be open for a short time."

So when will we finally get to see Starship go orbital? The billionaire CEO clearly isn't too sure of that himself.

"I feel, at this point, highly confident that we'll get to orbit this year," he told the crowd.

Of course, Musk is extremely prone to making unrealistic promises about things happening in the near future.

Musk also said that he he's hopeful SpaceX will receive regulatory approval to launch by March.

The company already managed to send an earlier prototype of its Starship, dubbed SN15, to an altitude of several hundred feet — twice.

But taking the behemoth to orbit is a far larger and riskier undertaking. A lot more is at stake for the company, as there are far more moving parts — and rocket engines — involved this time around.