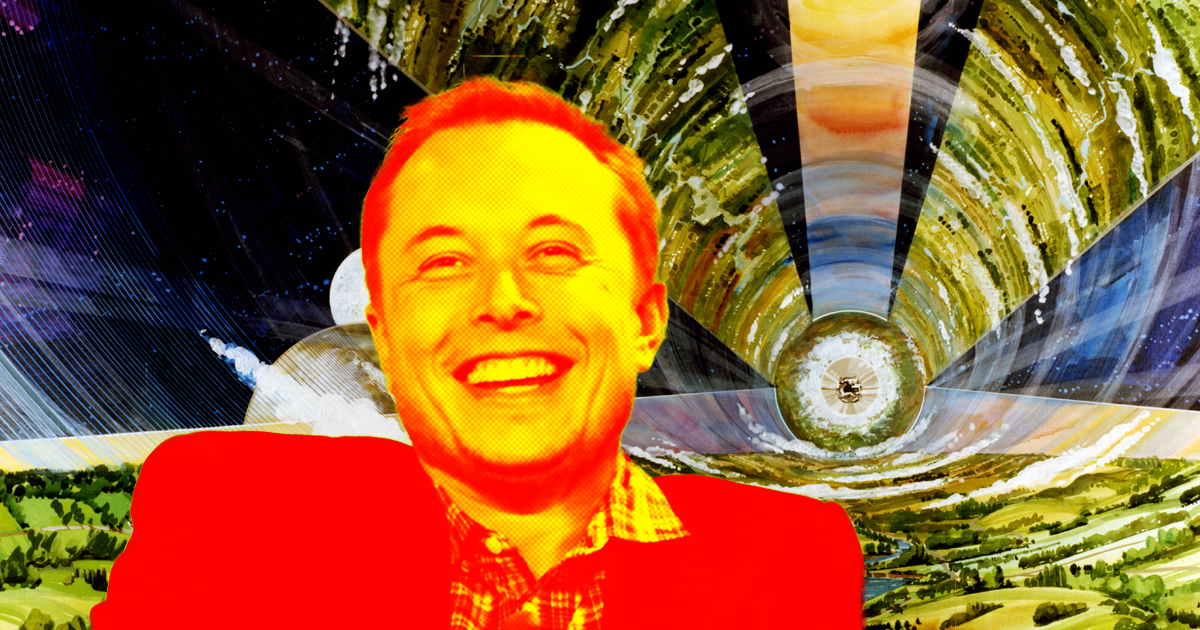 Amazon founder Jeff Bezos has become increasingly vocal about the idea that humans will eventually live in "giant space colonies" — an idea that's been widely mocked by critics who've pointed out that humans are doing a pretty bad job taking care of their first space habitat, the Earth.

Makes no sense. In order to grow the colony, you’d have to transport vast amounts of mass from planets/moons/asteroids. Would be like trying to build the USA in the middle of the Atlantic Ocean!

On Thursday, Musk took to Twitter to opine that Bezos' idea "makes no sense." The gist of his critique is that space colonies — Bezos favors a design called an "O'Neill cylinder," which rotates in order to produce artificial gravity — would require extraordinary quantities of materials.

In theory, the fixings for a giant space habitat could be dragged up the gravity well of a planet, like the Earth, but with today's launch technology, that would be incredibly inefficient.

More likely is an idea Musk alluded to in his tweet: sourcing materials for a space colony from asteroids that have far less gravitational pull than planets — or even building a space station inside an asteroid.

More on space habitats: The Benefits of Colonizing Space: Space Habitats and The O’Neill Cylinder

Shot Well
Head of NASA Relieved to Hear Elon Musk Isn't REALLY Running SpaceX
12. 12. 22
Read More
Overview Effect
William Shatner Says His Space Trip Left Him With a Feeling of Terrible Grief
10. 11. 22
Read More
Grain of Salt
There's a Huge Problem With Elon Musk's Promise to Bring Starlink to Iran
9. 27. 22
Read More
+Social+Newsletter
TopicsAbout UsContact Us
Copyright ©, Camden Media Inc All Rights Reserved. See our User Agreement, Privacy Policy and Data Use Policy. The material on this site may not be reproduced, distributed, transmitted, cached or otherwise used, except with prior written permission of Futurism. Articles may contain affiliate links which enable us to share in the revenue of any purchases made.
Fonts by Typekit and Monotype.