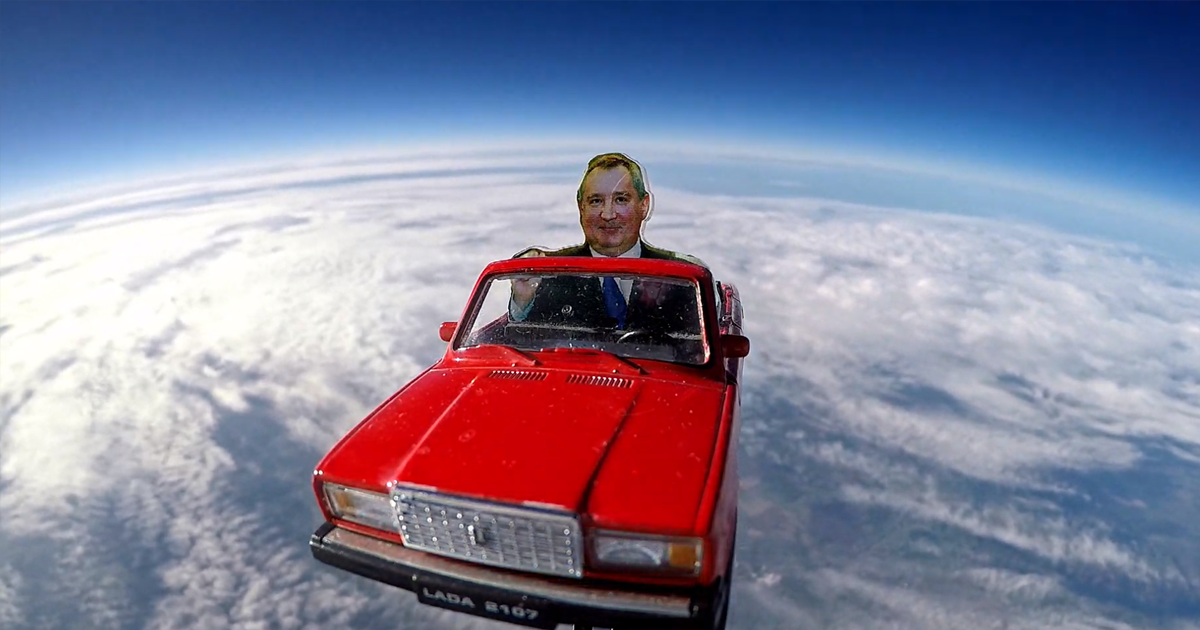 And they put a cutout of Roscosmos' director-general in the driver's seat.

And they put a cutout of Roscosmos' director-general in the driver's seat.

In February 2018, SpaceX launched its Falcon Heavy for the first time — and at the behest of CEO Elon Musk, the massive rocket's payload was a cherry-red Tesla Roadster.

It appears that the stunt made a lasting impression on a team of Russian scientists, who've now responded by sending their own red car into space — but the details of their project make it seem more like a mockery of Musk than an homage.

While SpaceX sent a full-sized car into orbit with a mannequin it dubbed "Starman" behind the wheel, the team from the Tomsk State University used a toy car for their mission.

And not just any toy car, either.

It was a replica of the red Zhiguli owned by Dmitry Rogozin, who serves as the director-general of Russia's Roscosmos space agency — when he isn't trash-talking Musk.

As if the car itself weren't enough tea, the scientists even put a tiny cutout of a smiling Rogozin in the driver's seat before an automatic stratosat sent it 150 kilometers (93 miles) into the atmosphere, according to The Moscow Times.

Unlike Starman, however, the Rogozin replica has returned to Earth — the car landed an estimated 2,000 kilometers (1,242 miles) away from the launch site after about 16 hours of flight.