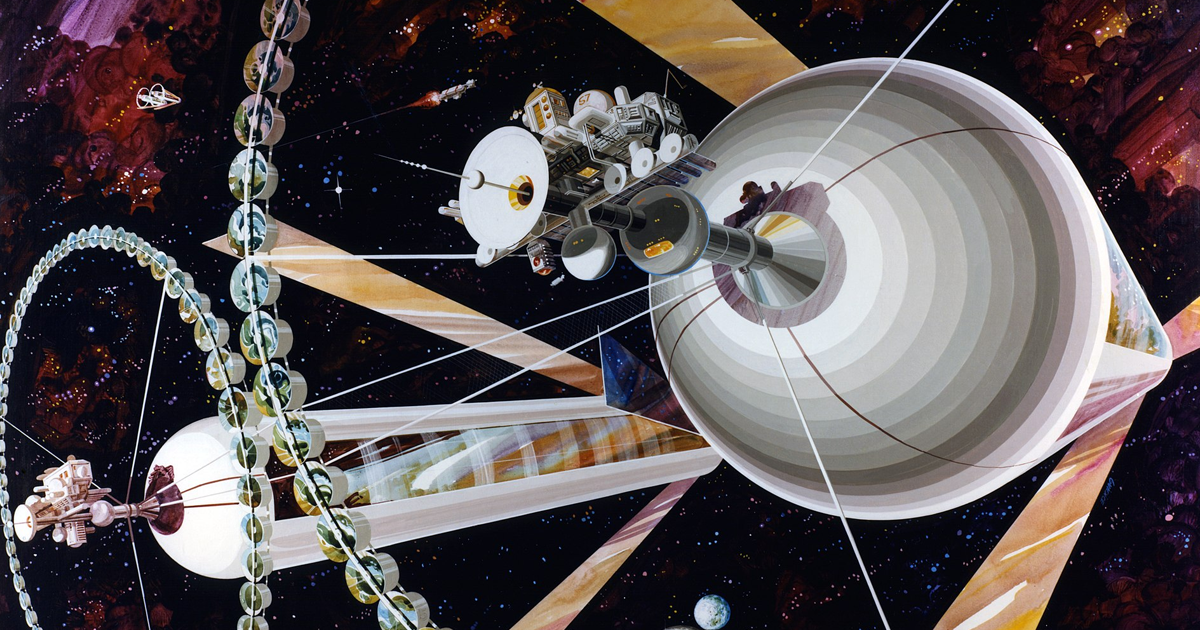 "Very few people are going to want to leave this planet permanently — it's just too amazing."

"Very few people are going to want to leave this planet permanently — it's just too amazing."

Amazon CEO Jeff Bezos thinks that in the future humanity will live in "giant space colonies," rather than settling on the surface of planets, according to an interview with Space News senior staff writer Jeff Foust last week.

The concept is pretty simple, according to Bezos: travel to other planets requires a lot of fuel and energy.

"The space colonies we'll build will have many advantages," he said. "The primary one is that they'll be close to Earth."

One Step at a Time

But what happens to our beloved planet once most of us have moved to these space colonies? Bezos thinks heavy industry — think mining and resource extraction — will move elsewhere in the Solar System.

"Ultimately what will happen, is this planet will be zoned residential and light industry," he said. "This is the gem of the Solar System. Why would we do heavy industry here? It's nonsense."

Bezos also referenced the work of physicist Gerard O'Neill, who came up with the idea of a cylinder-shaped space settlement design known as an "O'Neill cylinder, " in which two counter-rotating cylinders would provide gravity for human settlers while mitigating gyroscopic effects.

Similar space colonies have been depicted in popular sci-fi movies including "2001: A Space Odyssey" (1968).

Bezos and his team at Blue Origin are hard at work providing humanity with a transportation option to get into space. And they have some ambitious plans: to land a robotic space cargo carrier on the Moon by 2023.

But it's not a race. After all, Earth is a pretty great place.

"Very few people are going to want to leave this planet permanently — it's just too amazing," Bezos said.