Neil deGrasse Tyson: Elon Musk "Will Transform Civilization As We Know It"

The eccentric SpaceX CEO gets some flak — but not from Neil deGrasse Tyson. 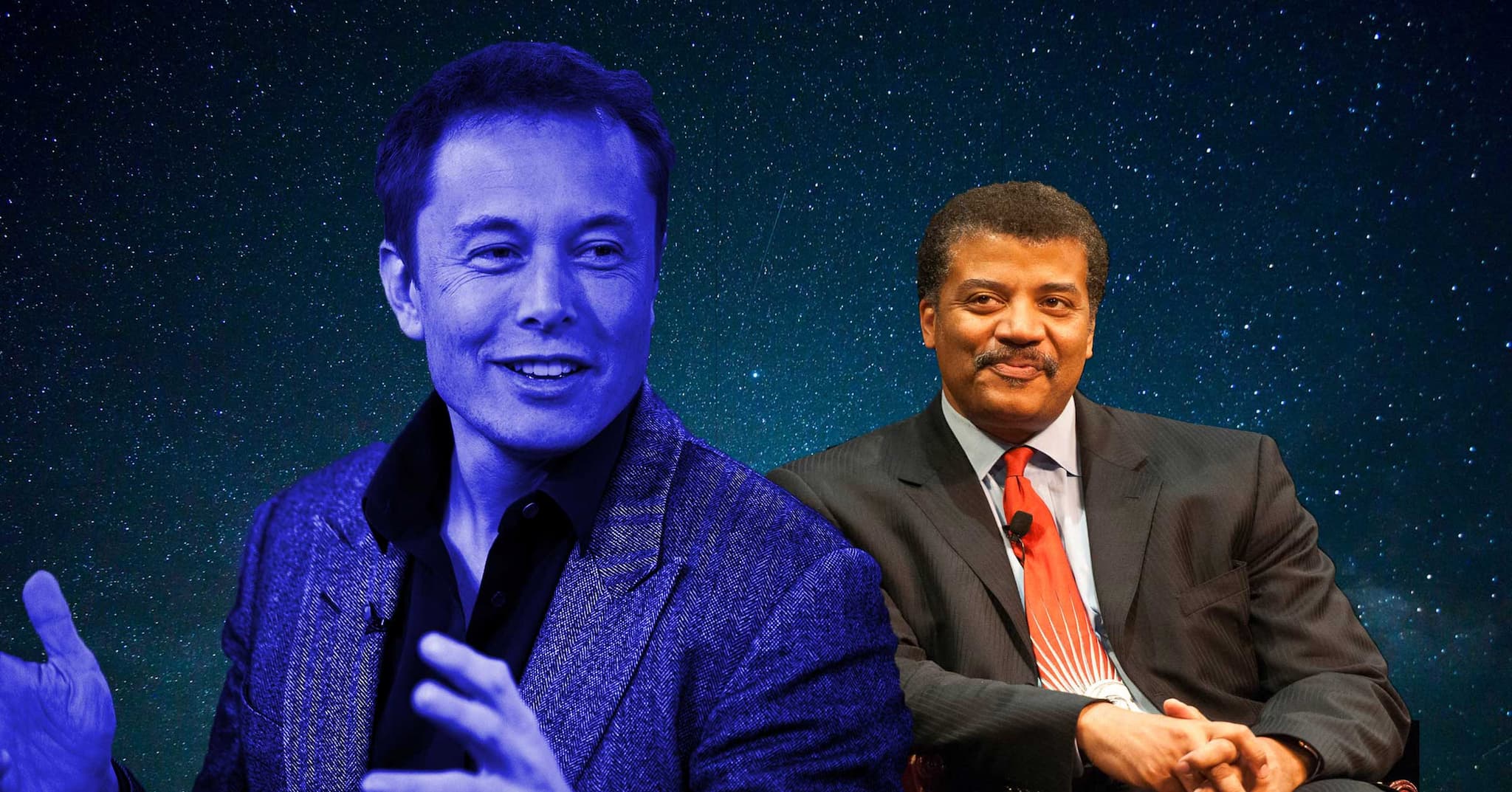 It's no secret that Neil deGrasse Tyson is an advocate for space exploration. So it should come to no surprise that he's a big fan of one of spacetech's most public figures.

In an interview with CNBC Make It, Tyson said he thought Elon Musk was going to have a bigger influence on society, in the long run, than other tech personalities like Jeff Bezos, Steve Jobs, and Mark Zuckerberg.

Musk "is not simply giving us the next app that will be awesome on our smartphone," like Steve Jobs or other tech CEOs, Tyson said. "No, he is thinking about society, culture, how we interact, what forces need to be in play to take civilization into the next century."

He even went on to say that Musk "will transform civilization as we know it."

Tyson is far more concerned with how humanity will fare once it's able to leave Earth than the consumer technology sector or social media, with a futurist's eye toward humanity's long-term outlook.

And as an astrophysicist himself, space exploration is close to his heart. Perhaps one day he'll be able to explore it himself aboard a SpaceX capsule.

Read This Next
Shot Well
Head of NASA Relieved to Hear Elon Musk Isn't REALLY Running SpaceX
Grain of Salt
There's a Huge Problem With Elon Musk's Promise to Bring Starlink to Iran
Sluggo Mode
SpaceX Has a Major Problem With Its Starlink Internet Connections
Classified
Here's What the Former Head of NASA Has to Say About the Moon Mission Delay
Futurism
New Development Is Extremely Bad News for SpaceX
More on Off World
Drama Bomb
Wednesday on the byte
European Space Agency Halts Plans to Send Astronauts to Chinese Space Station
Futurism
Wednesday on the byte
Asteroid Mining Startup About to Launch First Mission
Carry On, Wayward...
Wednesday on the byte
NASA Says Lucy Spacecraft Will Forge Ahead With Busted Solar Array
READ MORE STORIES ABOUT / Off World
Keep up.
Subscribe to our daily newsletter to keep in touch with the subjects shaping our future.
+Social+Newsletter
TopicsAbout UsContact Us
Copyright ©, Camden Media Inc All Rights Reserved. See our User Agreement, Privacy Policy and Data Use Policy. The material on this site may not be reproduced, distributed, transmitted, cached or otherwise used, except with prior written permission of Futurism. Articles may contain affiliate links which enable us to share in the revenue of any purchases made.
Fonts by Typekit and Monotype.