The Benefits of Colonizing Space: Space Habitats and The O'Neill Cylinder 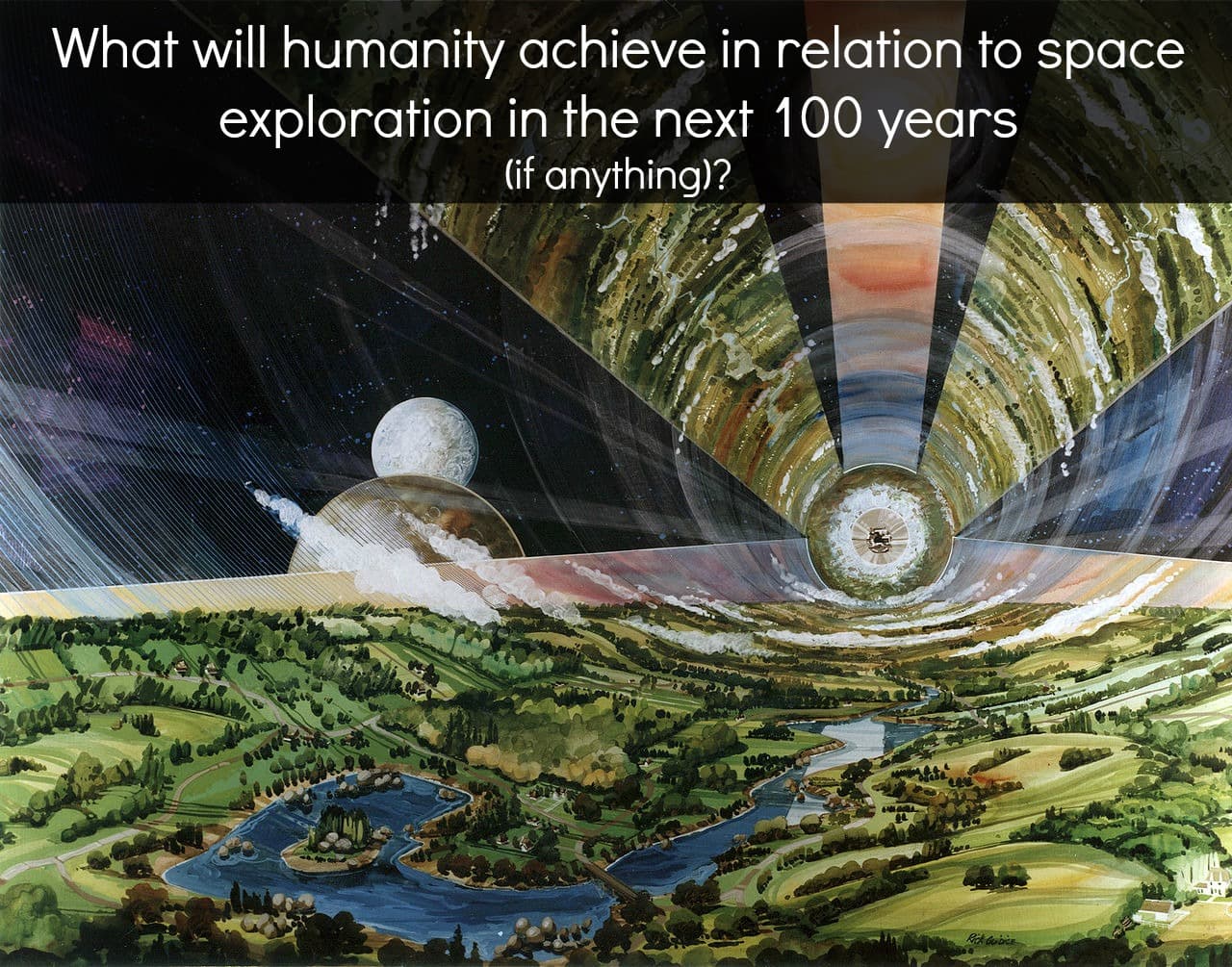 Many argue that the world is in a state of crisis and that the human race is the cause. As a species, we are approaching an important turning point in our history, and if we make the wrong decisions we might be facing a future of deprivation, over population, hunger, and instability. Ultimately, many believe that we will eventually be forced to colonize space. Last year, the 100 Starship Symposium set on course a project to design and build an economical and practical spacecraft for interstellar travel.

But with the very immediate worries about over population, it might not be a good idea to wait for interstellar travel and the colonization of other worlds. Fortunately, there are also many suggestions in place for large space structures designed as places for people to live in their millions, much like a city is on Earth. Of course, building a space habitat comes with thousands of challenges, including: construction in space, recreating a livable atmosphere, recycling waste, producing artificial gravity, transporting food and materials to the habitat, and convincing people such a venture is worth it.

There's no strict definition for a 'space habitat', but it's generally agreed to be a permanent human living facility on a celestial body such as 'Mars One' (extra-terrestrial planets, moons, or in a spaceship orbiting the Earth). We may have no choice but to build one of these in the future, be it initiated as a matter of survival or an undeniable demand because of our desire to explore and gain new knowledge by expanding in space. Ultimately, there are a number of incentives to building such a habitat.

For governmental bodies and world leaders faced with a huge and unsustainable population, the concept of a space habitat would be attractive. Using the materials available in the Solar System, there is the potential to build enough surface area within space habitats to possibly house billions and even trillions of people. Populations would have the space to expand sustainably without destroying any current ecosystems, as well as relieving the pressure off Earth to provide resources. The planetary population could be stabilized and supported with the extra space to inhabit and develop agricultural plantations for food.

The expansion into space also offers up a wealth of privatized opportunities, such as access to energy and other interplanetary resources. On Earth, utilizing the Sun's energy via solar cells is a disappointingly inefficient process with unavoidable problems associated with the atmosphere and night. In space, solar panels would have access to nearly continuous light from the Sun, and in Earth's orbit this would give us 1400 watts of power per square meter (with 100% efficiency). This abundance of energy would mean that we could travel throughout much of the Solar System without a terribly significant drop in power.

Material resources would also be in abundance throughout the entire Solar System (especially if you include mining opportunities on Mars, Luna, and other moons). Asteroids contain almost all of the stable elements in the periodic table, and without gravity, extracting and transporting them for our uses could be done with ease. NASA is working on a project where one could manufacture fuel, building materials, water, and oxygen just from resources found the Moon. The shift from Earth based manufacturing and plantation to industries in space may not just become feasible, but incredibly economically beneficial.

So now that we've laid down some reasons as to why organisations may want to unite and build a space habitat, I want to introduce you to the O'Neill cylinder. My personal favourite suggestion is the O'Neill cylinder, a space settlement design proposed by Gerard K. O'Neill nearly 40 years ago, in 1976, when he published his book 'The High Frontier: Human Colonies in Space'. Gerard K. O'Neill was a lecturer at Princeton University, as well as a physicist and space activist. He designed and built the first mass driver prototype, and he developed new concepts to explore particle physics at higher energies than what had ever been possible (he was quite an awesome guy). But his lasting legacy was based in his work on space colonization. He founded the Space Studies Institute, an organisation devoted to research into this field.

The design for his cylinder was spawned from a task that he set a group of physics and architectural students. The goal was to invent large structures that could be used for long term human habitation, and the results inspired the idea of the cylinder. The title is a little misleading, because it is actually two cylinders that rotate on bearings in opposing directions (to cancel gyroscopic effects). Each one would be 20 miles long and 8km in diameter, with 6 stripes along its length (3 windows and 3 habitable surfaces). Industrial processes and recreational facilities were envisaged to be on the central axis where it would effectively be a zero-gravity zone.

One difference between a planetary/moon-based space habitat and a man-made structure is the need for artificial gravity, and the O'Neill cylinder does this in a beautiful manipulation of basic Newtonian physics. As the two colossal cylinders rotate on their axis it utilizes the centripetal force on any object on the inner surface to create the appearance of gravity! Using the dimensions of the cylinder, the equation a=v²/r and the acceleration due to gravity on Earth (9.81m/s²), we can deduce that the cylinder will only need to rotate around 28 times every hour in order to simulate an equal force (though about 40 times is what the plans suggest).

The next box on the check list for a planetary habitat is maintaining an atmosphere with a composition and pressure that is similar to that of Earth's. The cylinder is designed to have a carefully controlled ratio of gases much the same as Earth, but the pressure will be half of that at sea level. This will create a minor difference to how we breathe, but the advantages are the need for less gas and less of a requirement for thick walls. It also thought that the habitat will be able to generate its own micro-climate and weather systems that we could control using mirrors and by changing the ratios of gases in the cylinder.

Habitats also have to deal with a variety of problems that come as a consequence of living in space. With the colony situated in a vacuum the cylinder essentially turns into a giant thermos flask! O'Neill's design to overcome this issue uses a series of mirrors hinged to each of the 3 windows. They are able to direct sunlight into the cylinder to simulate day time and warm the air, and turn away at 'night' so that the windows look out onto the blackness of space. This period of 'night' would allow heat in infrastructure, and that produced biologically, to radiate out just as the Earth's atmosphere does (at night time too).

Another serious issue is that of small meteoroids or even man-made space debris. Radar systems based all around the outer skin of the cylinders will continuously map the region around the habitat to locate possible dangers. It was predicted that small scale collisions are inevitable; so to counteract the effect the windows would be built up of small panes built around a strong steel frame. The loss of gas would be so insignificant compared to the volume of the cylinder that repair jobs would not be an emergency. Though much larger pieces of rock would be a threat to the habitat, and methods of deflection or vaporization would be required.

Stephen Hawking said that he has predicted the extinction of the human race within the next thousand years, unless we build habitats in space or on other planets/moons in the next two hundred. That's quite a statement, and with the current economic problems facing many developed countries around the world, it is highly unlikely that any big projects such as an O'Neill cylinder will be started soon. But with pioneers such as SpaceX and Mars One, what do you think the human race will do in the next 100 years?