Scientists Want to Build a Space Station Inside an Asteroid

Asteroid miners would be able to harvest the asteroid from the inside out. 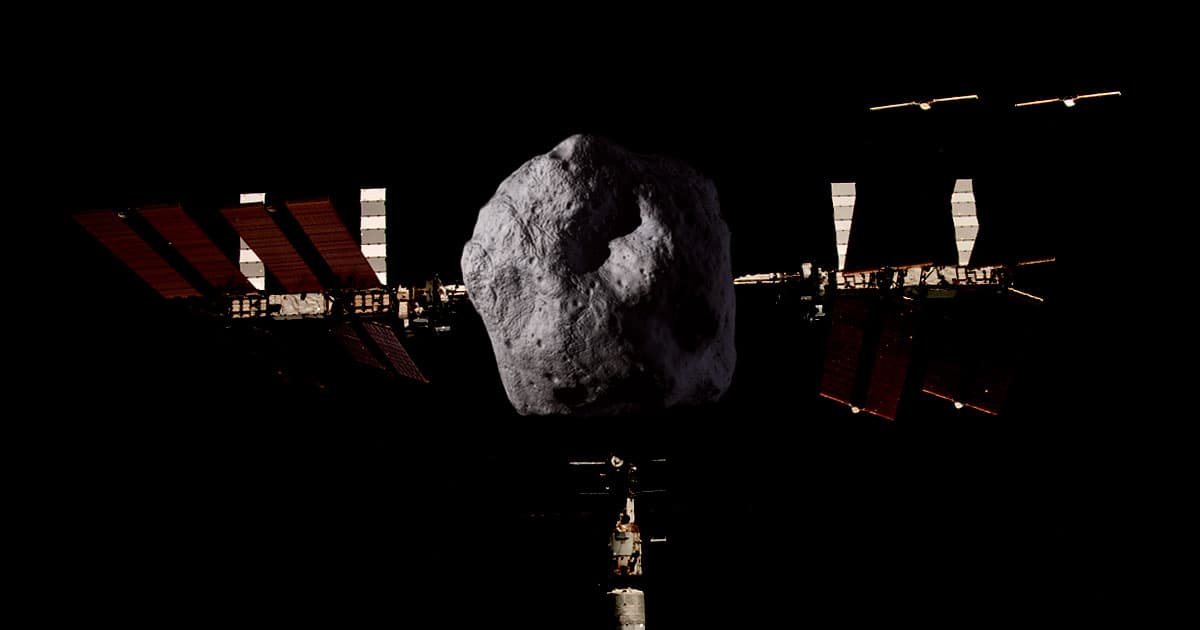 We Have a Problem

Many space visionaries want to mine asteroids. But drilling in microgravity is hard, because exerting force on an asteroid will push you away from it.

That’s what an inspired a far-out idea from scientists from University of Vienna: turning an asteroid into a space station and mining it from the inside out, according to New Scientist.

The best type of asteroid to build a space station inside would be made of solid rock and rotating several times per minute, according the Viennese scientists’ research, which was published in the preprint server ArXiv in December. The idea is that it would provide enough centrifugal force to let space miners chisel away at the asteroid from the center outward.

“If we find an asteroid that’s stable enough, we might not need these aluminium walls or anything, you might just be able to use the entire asteroid as a space station,” Thomas Maindl, one of the scientists who worked on the research, told New Scientist.

Questions remain. Would digging a tunnel to place station inside an asteroid weaken it to the point that the spinning space rock rips itself apart? Would it stop spinning altogether as miners probe and dig? And if it’s so hard to drill into an asteroid from the outside, wouldn’t hollowing it out in the first place pose the same problems?

“The border between science and science fiction here is sort of blurry,” Maindl told New Scientist. “My gut feeling is that it will be at least 20 years before any asteroid mining happens, let alone something like this.”

READ MORE: Here’s how we could turn an asteroid into a space station [New Scientist]

More on asteroid landings: Here are the First Photos Japan’s Robot Landers Sent Back From an Asteroid

Read This Next
H-ISS-tory
Will Archeologists Learn Anything Useful In New Space Station “Dig”?
Close Encounters
We Need to Talk About Gay Sex in Space
Space Junk
ISS Astronauts Shelter in Escape Vehicles as Mysterious Debris Threatens Station
Lunar Toil
The Moon Has Enough Oxygen Buried Beneath Its Surface to Sustain Billions of People
Off Course
Richard Branson’s Rocket Went Way Off Course During Spaceflight
More on Off World
Shake It Off
Yesterday on the byte
NASA’s Mars Rover Successfully Shakes Off Obstructing Pebbles
Don't Look Up
Yesterday on futurism
SpaceX Satellites Disrupting Ability to Spot Killer Asteroids, Scientists Say
Tonga Starlink
Yesterday on the byte
Elon Musk Offers Starlink Internet at Volcano Disaster Site, Then Hesitates
READ MORE STORIES ABOUT / Off World
Keep up.
Subscribe to our daily newsletter to keep in touch with the subjects shaping our future.