Extreme Weather Is the Biggest Risk for Humanity in 2018, Say World Leaders

In this year's edition of the landmark report compiled by the World Economic Forum, weapons of mass destruction come after the threat of climate change. 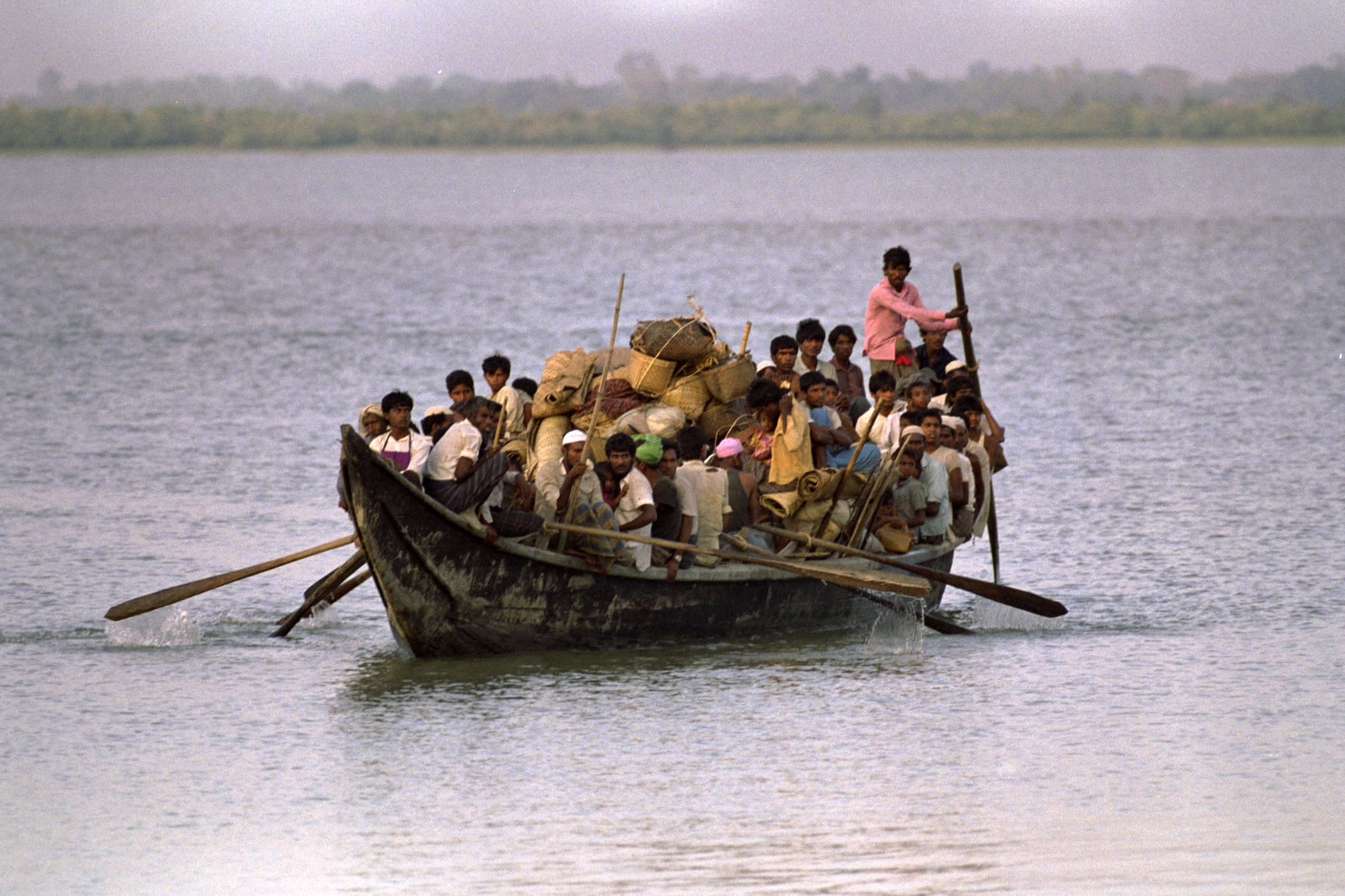 Extreme weather events are the most likely and most severe threat facing humanity in 2018, according to the new Global Risks Report 2018 of the World Economic Forum (WEF).

Every year, the report surveys a pool of 1000 experts and decision makers about the major risks the world will face in the coming months. 2018, they agree, will be dominated by heightened political risks, that could spill over into open conflict between major powers, and by failure to address climate change.

The report assesses the severity of each global risk according to its likelihood and potential impacts. Extreme weather and natural disasters score highly in both the categories.

Other threats are more likely to become reality but their impacts are expected to be limited. For instance, illicit trade is said to be more likely than the baseline average, but will ultimately have a less pronounced impact. On the other hand, weapons of mass destruction would have a catastrophic effect if deployed, but that scenario is thought to be relatively unlikely to take place.

Environmental risks have grown more pronounced over the course of the thirteen years that the WEF has issued its Global Risks Report, and the likes of 2017's destructive hurricane season, extreme temperatures, and heavy rainfall are said to have contributed to their prominent position in the 2018 report.

The report does indicate that we're beginning to move on from the effects of the global financial crisis of 2007-8. Economic issues are said to be less of a pressing concern than environmental factors, although this doesn't mean that there's any room for complacency.

"A widening economic recovery presents us with an opportunity that we cannot afford to squander, to tackle the fractures that we have allowed to weaken the world’s institutions, societies and environment," said World Economic Forum founder and executive chairman Professor Klaus Schwab in a press release. "We must take seriously the risk of a global systems breakdown. Together we have the resources and the new scientific and technological knowledge to prevent this."

However, while economic issues seem less urgent, there are risks associated with the possibility of a new crisis emerging. While more than half of the countries included in the report have seen an increase in income equality over the past 30 years, inequality still remains a source of "chronic economic problems," the report says.

One of the key features of the WEF's analysis is that it doesn't just list a series of potential threats to humanity; it shows how they are all interconnected. The strong message is that each potential shock, whether it's environmental, financial or social, should be tackled as part of a complex system and never in isolation.

Take climate change for example – it's no secret that we need to address its impacts as soon as possible. However, transitioning to a more environmentally secure state of affairs with a reduced carbon output might have unforeseen social and economic effects, as the energy industry would be disrupted in the short term. The report's Global Risks Interconnections Map outlines some of the links between seemingly discrete problems.

Overall, the picture is not rosy – of the 1000 survey's respondents only seven percent said that risks would decline in 2018, whereas 59 percent predicted an increase. 93 percent stated an expectation that political or economic confrontations between major powers would get worse, and almost 80 percent expected to see a greater risk of war between major powers.

While ultimately the report captures perceptions rather than offering predictions based on scientific models, it will inform high level debates and strategic policy decisions in 2018.

Read This Next
Sundowned
Mexico Bans Startup From Future Solar Geoengineering Experiments
Knew It All Along
Exxon Scientists Knew About Global Warming for Decades While Company Denied It
Futurism
Stanford Scientists Warn That Civilization as We Know It Will End in "Next Few Decades"
Fusion vs Fiction
Gloomy Physicists Say Nuclear Fusion Breakthrough Is Too Late to Save Us
Sun Shield
Scientists Increasingly Calling to Dim the Sun
More on Earth & Energy
Rock Battery
4:31 PM on the byte
Researchers Successfully Turn Abandoned Oil Well Into Giant Geothermal Battery
Do The Worm
Yesterday on the byte
Scientists Name "Funky Worm" Amphibian After a Weird 70s Funk Song
Cow Chow
Thursday on the byte
Bill Gates Gives $12 Million to Flatulent Australian Cows
READ MORE STORIES ABOUT / Earth & Energy
Keep up.
Subscribe to our daily newsletter to keep in touch with the subjects shaping our future.
+Social+Newsletter
TopicsAbout UsContact Us
Copyright ©, Camden Media Inc All Rights Reserved. See our User Agreement, Privacy Policy and Data Use Policy. The material on this site may not be reproduced, distributed, transmitted, cached or otherwise used, except with prior written permission of Futurism. Articles may contain affiliate links which enable us to share in the revenue of any purchases made.
Fonts by Typekit and Monotype.