When the *scientists* are freaking out, you know things are really bad. 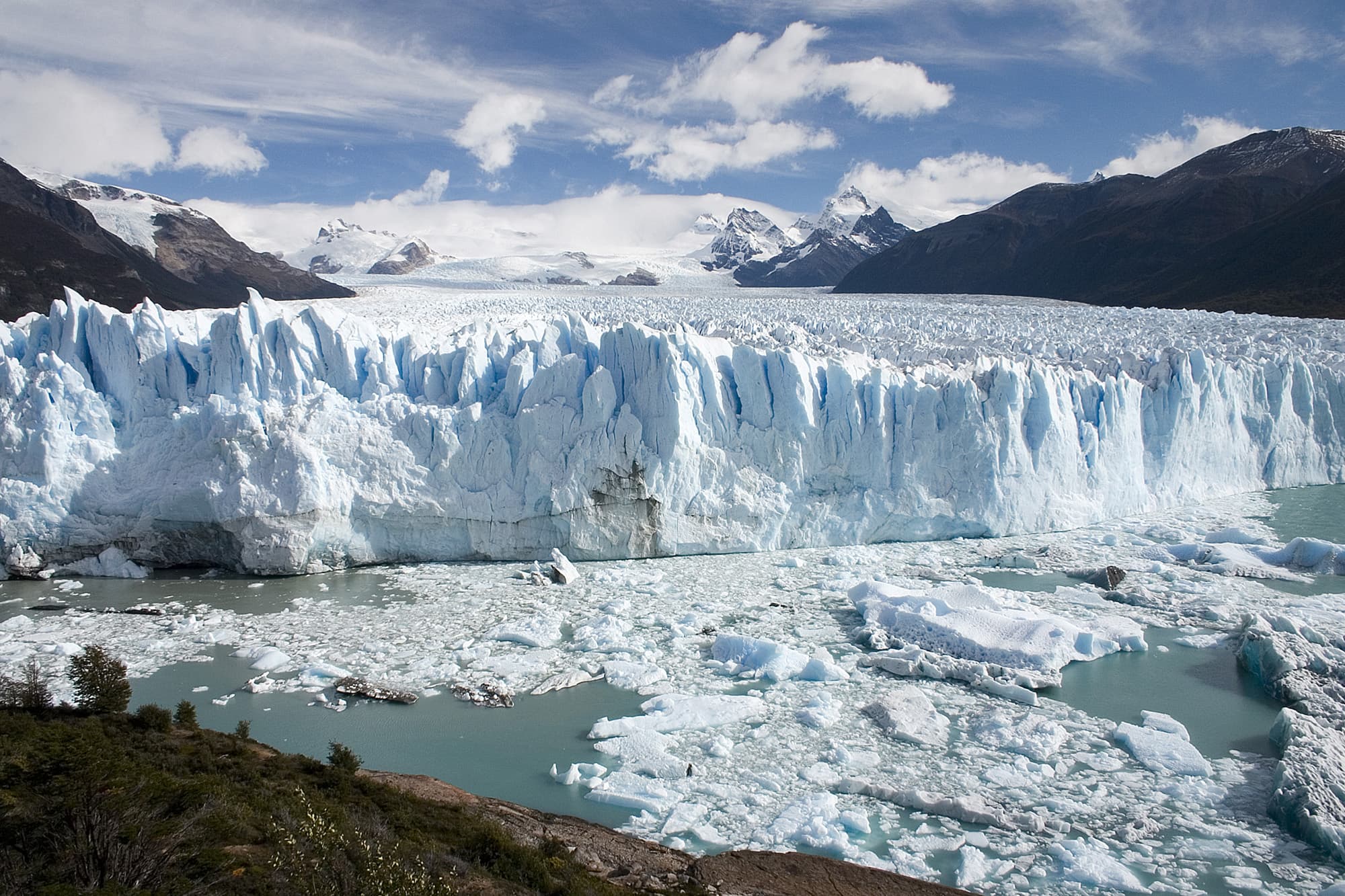 Some reasons you should be worried about the planet's glaciers:

Conclusion: time is running out for the world's glaciers.

Most of us don't worry too much about that. Climate plans are unlikely to shift our mindsets dramatically at the polls. And that means climate action slowly slips through the cracks, until a catastrophic event, likely fueled by global warming, reminds us of what's at stake.

Scientists, on the other hand, have known about this for a while, and they're really worried. They freaked out. And now even scientists, arguably the most cautious group of people on the planet, are suggesting some crazy last-ditch solutions.

The first of the cockamamy, desperate schemes: a wall 100 meters (330 feet) high, built across the 5-kilometer (62-mile) fjord in front of Greenland's Jakobshavn glacier. Its purpose: to block warm water from reaching the sea.

There are other proposals laid out in a Nature article that advocates for extreme interventions intended to save the polar ice caps. One would involve creating an archipelago of artificial islands to support the most vulnerable glaciers in West Antarctica to stop warmer waters from circulating. Another: pump cooled brine under the Pine Island Glacier in Antarctica to slow down ice melt from below.

The authors, from China, Finland and the U.S., acknowledge that all these projects would cost billions of dollars and disrupt the environment in ways we can't fully predict.

But plans like these are becoming not only necessary, but economically competitive — not acting on the climate will be even more expensive. "Without coastal protection, the global cost of damages could reach US$50 trillion a year," the researchers write.

"We understand the hesitancy to interfere with glaciers — as glaciologists, we know the pristine beauty of these places," the authors continue. "But we have also stood on ice shelves that are now open ocean. If the world does nothing, ice sheets will keep shrinking and the losses will accelerate." And even if "greenhouse gas emissions are slashed, which looks unlikely, it would take decades for the climate to stabilize."

Statements like these are especially notable because scientists are usually so careful in their statements. The UN Intergovernmental Panel on Climate Change (IPCC), for example, is under constant scrutiny for its cautious attitude to communicating climate risks. And those who spread scary messages are blamed for failing to convey the nuances of global warming.

But we're past the point where we can afford to be uncompromising. When a group of nature-loving glaciologists seriously suggests schemes usually relegated to characters like Wile E. Coyote, it's probably time we pay attention. After all, they write, "the greatest risk is doing nothing."

Read This Next
Sundowned
Mexico Bans Startup From Future Solar Geoengineering Experiments
Knew It All Along
Exxon Scientists Knew About Global Warming for Decades While Company Denied It
Dim Sun for Breakfast
Startup Says It's Started Releasing Chemical Into Atmosphere to Dim Sun
Futurism
Stanford Scientists Warn That Civilization as We Know It Will End in "Next Few Decades"
Fusion vs Fiction
Gloomy Physicists Say Nuclear Fusion Breakthrough Is Too Late to Save Us
More on Earth & Energy
Stem Ware
Yesterday on the byte
Scientists Discover World's Oldest Preserved Vertebrate Brain
From Bad to Worse
Thursday on the byte
Global Warming Is Worse Than We Thought, AI Tells Scientists
RIP Fred
Thursday on the byte
Instead of Predicting Length of Winter, Groundhog Simply Dies
READ MORE STORIES ABOUT / Earth & Energy
Keep up.
Subscribe to our daily newsletter to keep in touch with the subjects shaping our future.
+Social+Newsletter
TopicsAbout UsContact Us
Copyright ©, Camden Media Inc All Rights Reserved. See our User Agreement, Privacy Policy and Data Use Policy. The material on this site may not be reproduced, distributed, transmitted, cached or otherwise used, except with prior written permission of Futurism. Articles may contain affiliate links which enable us to share in the revenue of any purchases made.
Fonts by Typekit and Monotype.