For Coastal Communities, the 1.5C Climate Goal Is a Matter of Life or Death

There's much to be done in so little time. 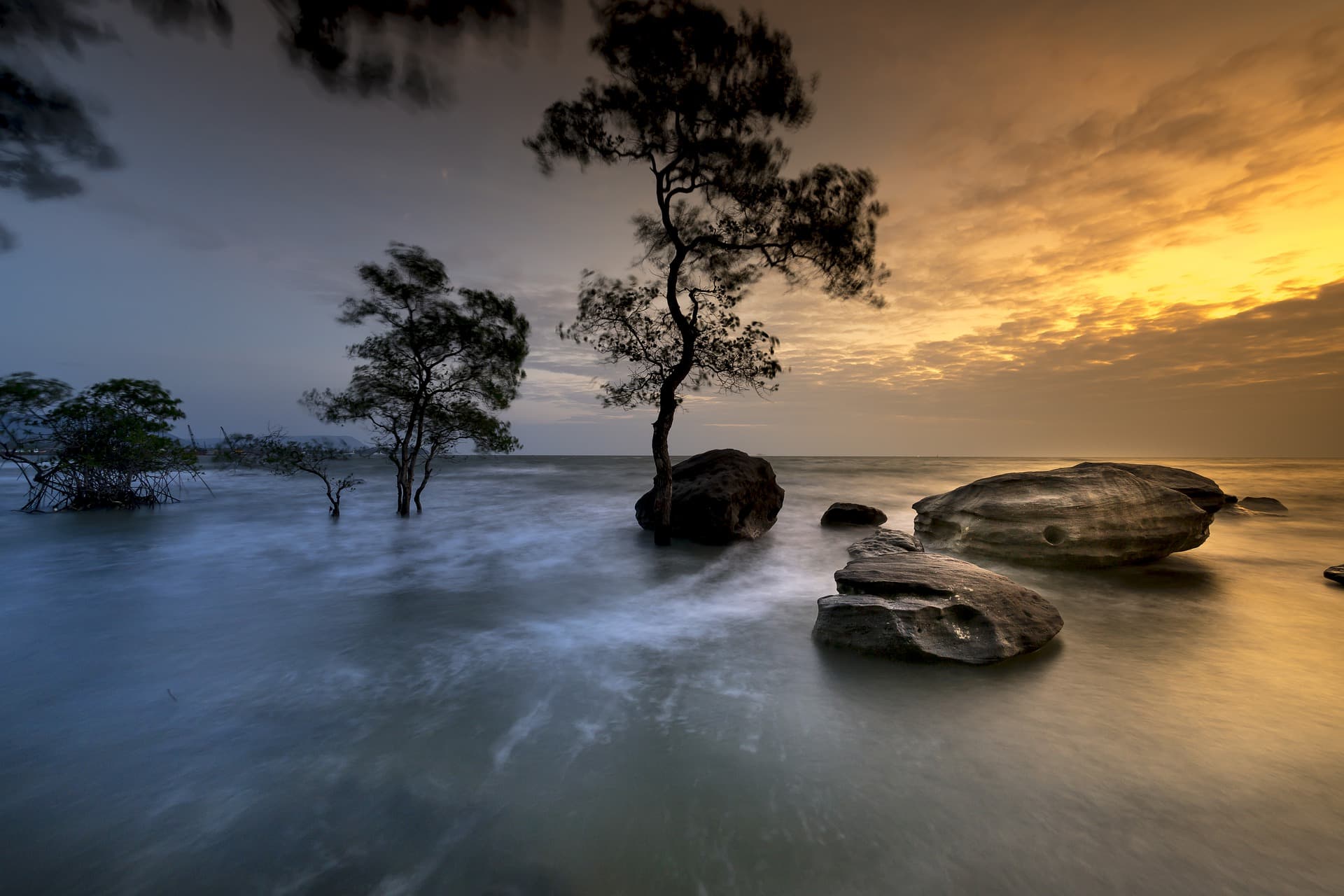 Coastal communities all over the world are already facing the double whammy of sea level rise and extreme weather events that in some cases are threatening the very existence of entire island states. Now a new study adds weight to the argument that for the sake of these communities we need to ramp up efforts and achieve what many think almost impossible, keeping global warming below 1.5° C (2.7° F).

A team from Tufts University, Rutgers University, and the Potsdam Institute for Climate Impact Research in Germany found that if countries managed to stabilize global temperatures within this threshold by 2150, the impact of sea level rise would be significantly reduced. The global average sea level would be about 17.7 centimeters (7 inches) less than under a 2° C scenario (3.6° F), which is conventionally considered more achievable. The paper is published in the journal Environmental Research Letters and will be included in the landmark special report by the Intergovernmental Panel on Climate Change on the 1.5° C goal, which will collate the available literature on the topic.

With ratification from over 170 countries, the historic Paris Climate Agreement has been in force since November 2016. Its goals are quite clear: to keep global temperature rise to "well below 2 degrees Celsius above pre-industrial levels and to pursue efforts to limit the temperature increase even further to 1.5."

“Some people might argue there will be no sizable difference between the two targets, so we should aim for the higher one, because it’s easier,” lead author Klaus Bittermann, a postdoctoral student in the Department of Earth and Ocean Sciences at Tufts, said in a United Nations report.

“Those differences turn out to be significant," Bittermann added. "For example, salt marshes and mangroves can be drowned if the local rate of relative sea-level rise exceeds their ecological ability” for adaptation.

Limiting global average temperatures to well below 2° C — or, even better, to 1.5° C — requires a tremendous amount of effort on the part of the nations that signed the Paris deal. These include various programs that cut down on fossil fuel consumption in favor of renewable energy sources, as well as plans that favor more environmentally efficient means of transportation.

Already, a number of countries have put sweeping programs to this effect. Yet, some worry that reaching the Paris agreement's goals would be impossible, with one study arguing that the probability is only 5 percent. In a comment piece published in Nature Geoscience, Kevin Anderson, chair of energy and climate change at the University of Manchester in the U.K., says that the 2° C goal is only achievable through mass deployment of negative emission technologies such as carbon capture and storage. These technologies are still in their infancy and nowhere near ready to be rolled out at scale.

Still, others remain hopeful, especially since global emissions have stabilized in the past three years and because carbon emissions have now "decoupled" from economic growth in some countries. That means that lowering carbon emissions no longer affects a country's prosperity. It's doable, but it won't be easy.

Nevertheless, the survival of coastal communities depends on not only reaching but overshooting the Paris deal's goals.

"To those who want to know what the difference from a global sea level point of view is if you lower the temperature by just another 0.5° C, I think that our paper provides a very clear answer, and I think it is a difference that is worth fighting for," Bittermann said.

Read This Next
Sundowned
Mexico Bans Startup From Future Solar Geoengineering Experiments
Knew It All Along
Exxon Scientists Knew About Global Warming for Decades While Company Denied It
Hidden City
NYC's Greenery Eats Up All the CO2 From Its Cars, Trucks and Buses "And Then Some"
Futurism
Stanford Scientists Warn That Civilization as We Know It Will End in "Next Few Decades"
Fusion vs Fiction
Gloomy Physicists Say Nuclear Fusion Breakthrough Is Too Late to Save Us
More on Earth & Energy
Dishonorable Disc...
9:47 PM on the byte
Scientists Alarmed by Video of Deep Sea Mining Company Spewing Waste Into Ocean
Save Yourselves
Yesterday on the byte
Furious Marsupial So Thirsty For Sex That It’s Dying, Scientists Warn
Stem Ware
Feb 3 on the byte
Scientists Discover World's Oldest Preserved Vertebrate Brain
READ MORE STORIES ABOUT / Earth & Energy
Keep up.
Subscribe to our daily newsletter to keep in touch with the subjects shaping our future.
+Social+Newsletter
TopicsAbout UsContact Us
Copyright ©, Camden Media Inc All Rights Reserved. See our User Agreement, Privacy Policy and Data Use Policy. The material on this site may not be reproduced, distributed, transmitted, cached or otherwise used, except with prior written permission of Futurism. Articles may contain affiliate links which enable us to share in the revenue of any purchases made.
Fonts by Typekit and Monotype.