This is the thinnest the ice has been in over 1,500 years. 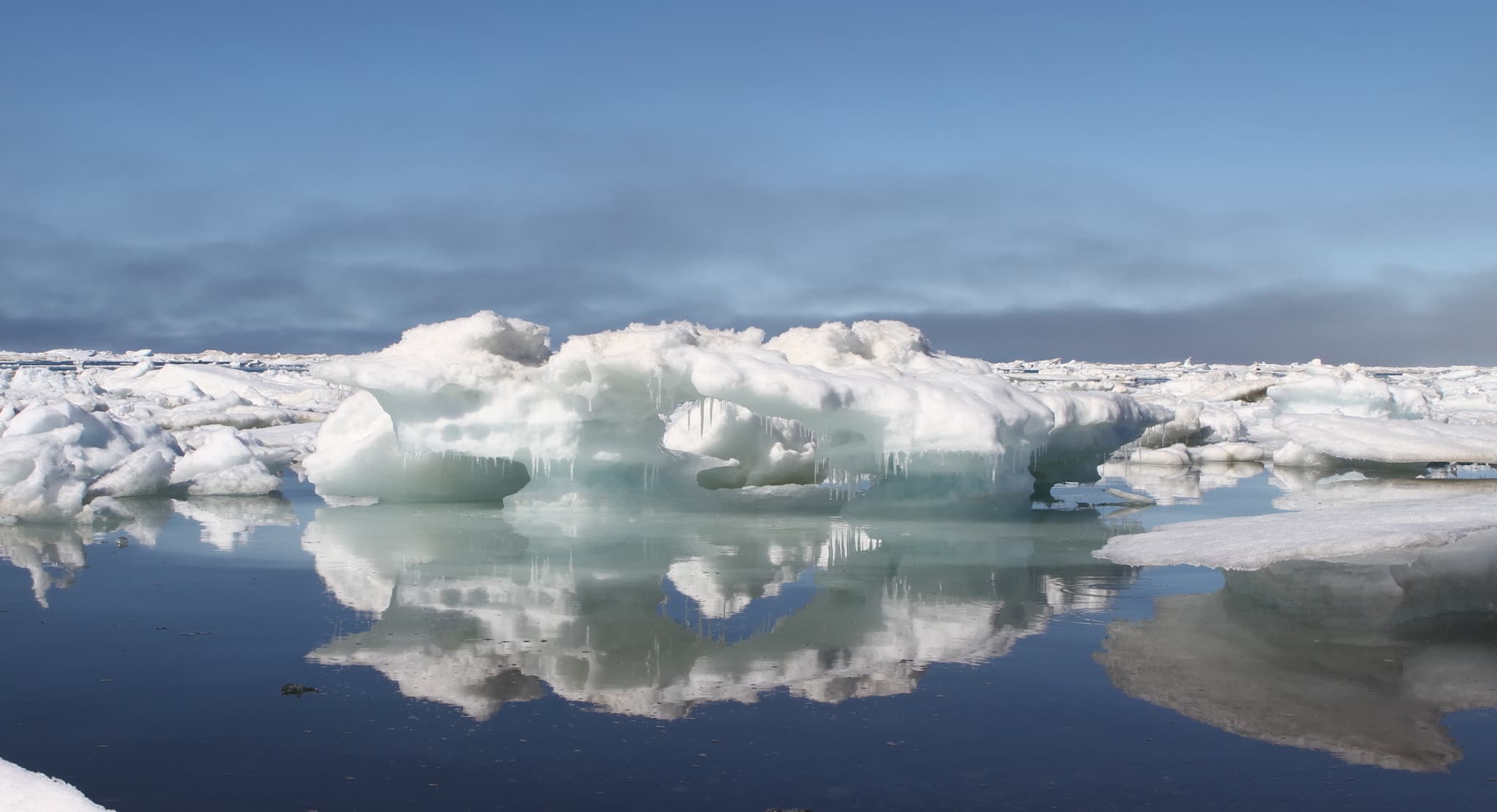 Arctic air temperatures are increasing at a "phenomenal rate" – double the rate of global temperatures, according to the 2017 edition of the National Oceanic and Atmospheric Administration's (NOAA) arctic report card. "The sea ice is melting, the Greenland ice sheet is thinning and when we put all those signs together, those things are going to have a big impact for people living all around the world, not just in the Arctic," Jeremy Mathis, director of NOAA's Arctic research branch and co-author of the report, told Futurism. The report's bottom line: the Arctic is warming twice as fast as the rest of the world.

Among the expected impacts, Mathis mentioned rising seas that will flood coastal settlements all over the world, as well as changes in global atmospheric patterns that will increase the frequency of extreme events.

The Arctic Is Warming Twice As Fast

The report highlights physical and biological changes to the arctic region and its fragile ecosystem. Findings show that temperatures in 2017 have been relatively cool, contributing to a slowing of the summer ice sea loss, and a below-average shrinking of the Greenland ice sheet. But when taken in context, this year's observations indicate that Arctic air temperatures are warming at double the rate of the global temperature increase.

By reconstructing the state of prehistoric Arctic ice using ice cores and fossils in the place of temperature measurement, NOAA scientists discovered that such a rapid decline in the ice surface area hasn't been seen in the last 1,500 years.

"We looked at data from satellites that are orbiting the Earth, to information collected by ships and airplanes that go into the Arctic and work at certain times of the year, all the way to local residents," Mathis said. But despite having a full suite of instruments and sensors, changes are happening so fast compared to a decade ago that scientists will need to boost their research capabilities. "We need more observations to get a better idea of what the Arctic is going to look like going forward, because there is not going to be a new normal. It's going to change every single year," he said.

Past the Tipping Point

"Unfortunately, in terms of prior emissions we have locked-in a certain temperature" Brenda Ekwurzel, a senior climate scientist with the Union of Concerned Scientists told Futurism. "The question is whether we can slow the pace of that change by reducing emissions," she said.

The current state of the Arctic is "the strongest indicator we have for doubling down on nationally determined contributions within the Paris Agreement, which entered into force recently," Ekwurzel said.

Currently, the pledges made under the Paris Agreement up to 2030 get us only a third of the way to keep global warming below 2°C. The UN Emissions Gap report from 2017 estimates that even if those commitments were honored in full, by 2100 the planet would likely be 3°C hotter. And even if countries ratcheted up their plans and met the 2°C threshold, Ekwurzel said this "would mean a likely 5°C temperature increase for the Arctic region."

"Looking at the pace of change, it makes it more important for countries to increase their ambitions," she concluded.

Read This Next
Sundowned
Mexico Bans Startup From Future Solar Geoengineering Experiments
Knew It All Along
Exxon Scientists Knew About Global Warming for Decades While Company Denied It
Futurism
Stanford Scientists Warn That Civilization as We Know It Will End in "Next Few Decades"
Fusion vs Fiction
Gloomy Physicists Say Nuclear Fusion Breakthrough Is Too Late to Save Us
Sun Shield
Scientists Increasingly Calling to Dim the Sun
More on Earth & Energy
Do The Worm
9:18 PM on the byte
Scientists Name "Funky Worm" Amphibian After a Weird 70's Funk Song
Cow Chow
Yesterday on the byte
Bill Gates Gives $12 Million to Flatulent Australian Cows
Dye in the Water
Yesterday on the byte
Scientists Dye Chunks of Ocean Water Pink for Head-Turning Coastal Experiment
READ MORE STORIES ABOUT / Earth & Energy
Keep up.
Subscribe to our daily newsletter to keep in touch with the subjects shaping our future.
+Social+Newsletter
TopicsAbout UsContact Us
Copyright ©, Camden Media Inc All Rights Reserved. See our User Agreement, Privacy Policy and Data Use Policy. The material on this site may not be reproduced, distributed, transmitted, cached or otherwise used, except with prior written permission of Futurism. Articles may contain affiliate links which enable us to share in the revenue of any purchases made.
Fonts by Typekit and Monotype.