There Are No Legitimate Arguments Against Human-Caused Climate Change

"It must be made clear that there are facts that are not subject to opinion." 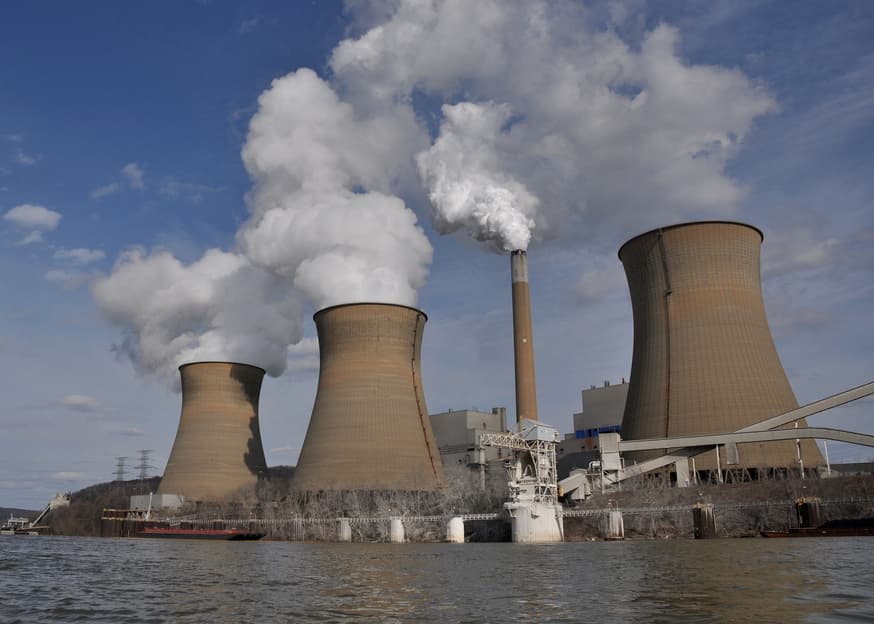 Climate change denial has made numerous headlines in recent weeks. David Rose stated in The Daily Mail that there has been a global warming hiatus covered up by dubious science, Bret Stephens criticized the certitude of evidence in The New York Times, and Trump is rapidly making decisions based on his belief that humans have not impacted climate change.

David Rose’s claim in The Daily Mail that "we now know that [there is a climate change hiatus] for a fact" is based on "the bravery of a whistleblower" who purportedly revealed that the data from a 2015 NOAA Study is flawed due to it being adjusted upwards.

This claim is debunked in two ways. Firstly, this manipulation is reasonable due to the history of the methods used to measure sea temperatures. Up until fairly recently, ships have been used to measure water temperatures, but their results are skewed by the engine room warming the water. The reason for the adjustment was so that the new and superior data taken from buoys and floats could be compared to the figures gathered from these ships.

Secondly, John Abraham pointed out in The Guardian that Rose's whistleblower never worked on data, and highlighted that Rose did not mention that the study had been independently verified.

Donald Trump has insisted throughout his campaign that climate change is not caused by humans, and more specifically that CO2 does not cause global warming, a claim which has been bolstered by Scott Pruitt, Administrator of the Environmental Protection Agency, since he arrived in the White House.

This has also been disproved by numerous studies and a deluge of research, as is shown by the composite of figures on skepticalscience.com (a website that is highly worth looking through on other climate change related topics):

"CO2 and other greenhouse gases keep the Earth’s surface 33°Celsius (59.4°F) warmer than it would be without them. We have added 42% more CO2, and temperatures have gone up [...] According to an ongoing temperature analysis conducted by scientists at NASA’s Goddard Institute for Space Studies (GISS)…the average global temperature on Earth has increased by about 0.8°Celsius (1.4°Fahrenheit) since 1880. Two-thirds of the warming has occurred since 1975, at a rate of roughly 0.15-0.20°C per decade."

So What's To Be Done?

In order to slow climate change, action can be taken on two fronts: challenging claims such as the examples presented above and developing international systems to combat climate change.

The response to Bret Stephens's article was vitriolic but it was logical, justified, and supported by facts. While we must fight in the same arena, it is crucial that we use weapons other than undermining truth, manipulating the public through disinformation, and cherry-picking facts. A group of climate scientists responded perfectly by penning an open letter in response, which culminated with the line "it must be made clear that there are facts that are not subject to opinion." These facts must be made known.

Of late, there have been huge successes in combating climate change on an international level. The importance of the Paris Agreement, which aims to implement a "global action plan to put the world on track to avoid dangerous climate change," has been verbally reasserted by China. The BBC reports that President of China Xi Jinping told the newly-elected President of France Emmanuel Macron that China and France "should protect the achievements of global governance, including the Paris agreement."

In addition to this, a London School of Economics (LSE) study has found that 1200 laws designed to decrease the pace of climate change have been adopted in 164 countries — these include 47 implemented by the Paris Agreement. Patricia Espinosa optimistically stated at an international meeting on climate change in Bonn, Germany that now “most countries have a legal basis on which future action can be built.”

Read This Next
Sun Shield
Scientists Increasingly Calling to Dim the Sun
Coastal Chaos
The Doomsday Glacier Is Hanging on "By Its Fingernails," Scientists Say
Remember Donald?
Donald Trump Goes on Bizarre Rant Against Electric Cars
Dry Dock
The Top 13 Wildest Objects That Terrible Droughts Have Revealed
Harambe 2.0
Freya the Boat-Climbing Walrus Euthanized Because of Stupid Humans
More on Earth & Energy
Going Hydrogen
Dec 2 on the byte
Airbus to Strap Hydrogen Fuel Cell Engine to Massive Superjumbo Jet
Wolfenstein
Dec 1 on the byte
A Brain Parasite Is Making Wolves Into Pack Leaders, Scientists Say
LED Down the Wron...
Dec 1 on the byte
Defective LED Streetlights Are Turning the Night Purple
READ MORE STORIES ABOUT / Earth & Energy
Keep up.
Subscribe to our daily newsletter to keep in touch with the subjects shaping our future.
+Social+Newsletter
TopicsAbout UsContact Us
Copyright ©, Camden Media Inc All Rights Reserved. See our User Agreement, Privacy Policy and Data Use Policy. The material on this site may not be reproduced, distributed, transmitted, cached or otherwise used, except with prior written permission of Futurism. Articles may contain affiliate links which enable us to share in the revenue of any purchases made.
Fonts by Typekit and Monotype.