Exclusive: Conclusive Proof That We Need to Take Immediate Action Against Climate Change

"Fight like your world depends on it. Because it does." 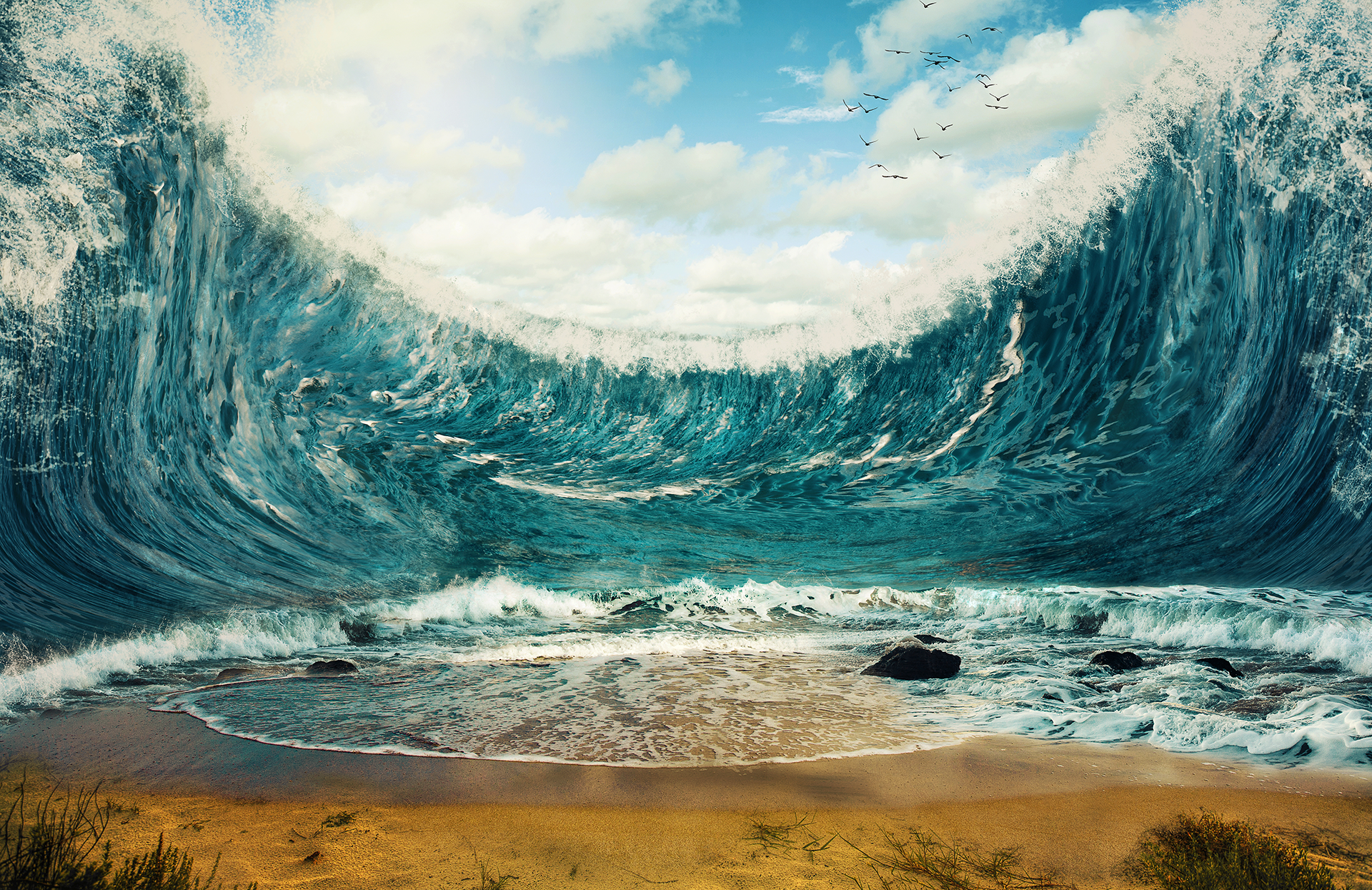 Vital Signs of a Warming World

Melting glaciers. Rising seas. Extreme weather events. Perhaps there are no melting ice caps in your backyard. Perhaps the ocean you swim in seems the same as always. Perhaps you haven't found yourself caught up in the aftermath of a devastating hurricane.

But elsewhere in the world, people cannot say the same.

In our attempt to encourage action, we warn of the effects that global warming will have on the lives of our children and our children's children, thinking those disasters are deferred. But the irrefutable truth, whether you have personally witnessed it or not, is this: Climate change is already transforming the lives of millions worldwide.

But there is a barrier to repairing this harm. Though it has become increasingly difficult to deny the existence of climate change and its impact, denialists continue to find a way. But in one place on Earth—the place that is the epicenter of the real-time, real-world impact of climate change—denial is not an option.

According to the 2015 Global Climate Risk Index, the Philippines (the southeast Asian country made up of more than 7,000 islands) is one of the places the most affected by climate change — particularly when it comes to extreme weather.

Typhoons, hurricanes, and tropical storms form over oceans, drawing their strength from the water's temperature. Global warming has caused the surface temperature of ocean waters to increase, and warmer waters contribute to stronger storm systems. Given its location, the Philippines has not been a stranger to these meteorologic phenomena, but in recent years the storms have been getting more intense—and so too has the damage left in their wake.

The risk that people living in this region face is one of the central points of Former Vice President Al Gore's new documentary, An Inconvenient Sequal: Truth to Power.

Hurricane Katrina was still reverberating at the forefront of our collective consciousness when An Inconvenient Truth came out in 2006. Fast-forward seven years. On November 8, 2013, the Philippines was ravaged by the strongest storm in modern history. In the new documentary, we see the devastating impact of 2013’s Typhoon Haiyan: We see a young Filipino cry as he recalls the fear and terror and loved ones lost. We see another describe how he had to break through the ceiling of his home so that he and his family could escape drowning.

But there are many, many more people who were there. And they, too, have stories to tell.

Futurism's team is made up of writers, editors, and creators from many parts of the world. Several members of our staff live and work in the Philippines. We turned to them to go beyond the film and to understand what the people that we know and work with—the people that we call friends—have experienced as a result of our warming world.

Their observations and experiences give us a glimpse into what the future of the cities and towns we live in will be...if we fail to take action.

June Javelosa pointed out that the weather extremes in the Philippines — particularly, flooding — have long been seen as an inevitable part of life in the country: "I don’t think a year has passed that I don’t get stuck in my car because the highways are waist-deep in floodwater."

June adds that, for a long time, these incidents were seen as more of an infrastructure or urban planning issue rather than an overly concerning weather pattern. Of course, that was before Typhoon Haiyan—the "super typhoon" that hit the region in 2013. "I think that’s when the public began to realize just how defenseless we were to climate change," June states, adding that, "the death, loss of livelihood, food insecurity experienced in provinces where Haiyan hit the hardest...that made it clear that the government was ill-equipped to protect or even prepare the Philippines for climate change."

She concludes by that, at this point, extreme weather events in the Philippines seem all too natural: "Most just see it as nothing more than a nuisance."

In 2014, just one year after Haiyan, Typhoon Glenda hit. Joi Paras was living in the region that saw the highest death toll, and she remembers the experience quite vividly.

By 6 a.m., our livingroom was taking in water from the opening under our front door. The water spread out into the dining room. I had to move furniture and remove rugs by myself. My two brothers had to stay upstairs mopping up my room. Our staircase was flooded by rain water coming from the windows (that don’t open). It looked like we had an indoor waterfall. I told them not to go down for fear that they might slip and fall. I had to bring some bread up to them as a snack.

We did not have electricity for 2 weeks. My dad decided to buy a gas generator so that we could have power. We could not store food, and it was difficult because my mom only ate fish and no meat. My son was covered in mosquito bites. We had to camp out in the living room where it was cooler at night.

Joi also noted that, in rural areas, the aftermath of a natural disaster can be particularly devastating if supplies—or vital messages—are not received. "There are also a lot of people who refuse to leave their homes despite being warned," she said, adding that many feel as though leaving really isn't a viable option: "When they leave their homes, you can be sure that they will return to an empty and robbed house."

Dom Galeon says that he feels a lot of people in the Philippines are "honest-to-goodness believers in climate change," because, while flooding and typhoons are part of the country's normal weather patterns, these patterns have become atypical over the last several decades.

The typhoon was locally called "Ondoy." Its international name was "Ketsana." It hit the Philippines in September of 2009. Back then, I was living in a house that had an elevated first level. It was high enough to allow for a garage below. When the typhoon hit, the flood rose very fast, and even reached the elevated first floor. The garage was flooded, of course. Water inside the house was almost knee deep. We had to move stuff to the second floor. It was really bad.

When the typhoon passed, it took as a whole day of cleaning to get things back. Then I joined my university's volunteer drive to help in areas that were badly hit. I remember cleaning mud from a house that was flooded to the ceiling. That family lost so many things...

Many of the most pressing issues in science today contain a lot of missing pieces and are rife with unanswered questions. As technology advances, we hope that it will continue to guide us as we attempt to unravel the mysteries of the universe and help give us the clarity we need to devise solutions.

Climate change, however, is not an ambiguous issue: The answers to the most basic of questions are all right in front of us. We know the who, what, where, when, why, and how — but in accepting the answers, we must accept our own complicity and shoulder the blame.

We, as the who, will never be fully absolved of our role in climate change. But as we helped to create global warming, so can we help determine how this issue—indeed, if this issue—is solved.

Mary Ann Lucille Sering, secretary of the Philippines climate change commission, is one of the voices leading the charge. "We hope that the Philippine experience, no matter how difficult, can help unite all nations to take more concrete actions on climate change,” Sering said back in 2014 after Typhoon Hagupit swept through the same path that Haiyan had devastated the year before.

In the U.S., Former Vice President Al Gore became a force in the climate change conversation when he released An Inconvenient Truth in 2006. The sequel, like its predecessor, takes on some of the larger sociopolitical factors influencing the climate change fight, and it comes just weeks after President Donald Trump withdrew the U.S. from the Paris Climate Agreement.

Whether we live in a region where the real-life effects of climate change are being felt, or we're just watching them play out from afar, our task clear...as the closing credits roll: "Fight like your world depends on it. Because it does."