Is Pollution Artificially Shielding Us From Climate Change?

A cleaner atmosphere might lead to a warmer planet. 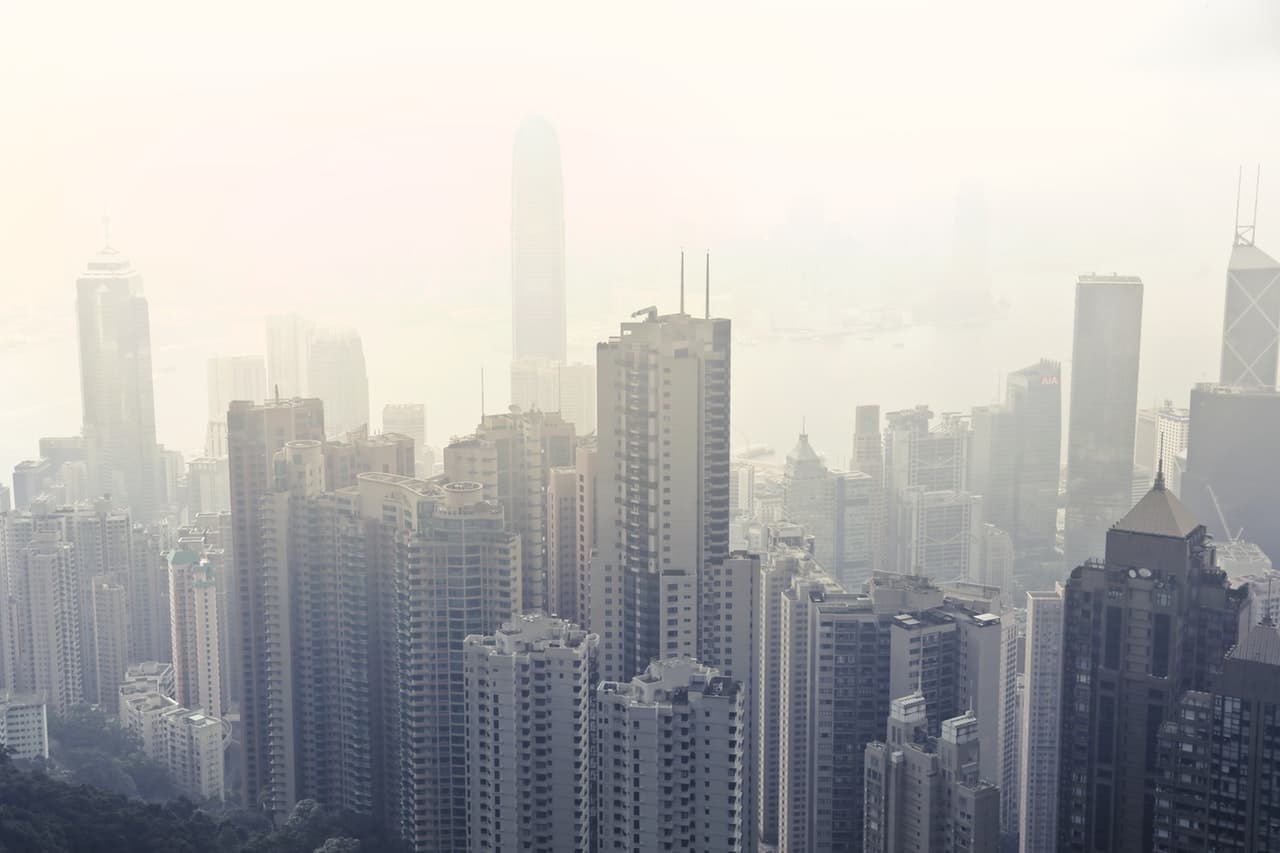 Pollution and climate change both threaten our health as individuals and our survival as a species. Their mutual relationship may seem straightforward: since the industrial revolution, thick smoke belching from chimneys and cars has contributed to both warming the planet and clouding our streets in equal measure.

Now a new study, published in the journal Geophysical Letters, offers a different interpretation, suggesting that removing pollution from the atmosphere could significantly exacerbate climate change.

The team, led by climate scientist Bjørn Samset from the CICERO Center for International Climate Research in Norway, found that removing the tiny polluting particles caused by industrial activity could result in "a global mean surface heating between 0.5 and 1.1°C," as well as a 2.0 to 4.6 percent rise in precipitation.

"This kind of air pollution, mainly in the form of sulfate particles, basically acts as miniature mirrors in the air. They reflect back some of the sunlight, cooling the Earth just like you can cool yourself by walking into the shade," Samset told Futurism. "If we remove that, to clean up our air and reduce mortality due to respiratory and lung disease, we'll also be giving global warming a boost, unfortunately."

Carl-Friedrich Schleussner, one of the authors of the study who heads the Climate Science and Impacts division at Climate Analytics — a Berlin-based non-profit climate science and policy institute — said that while the warming impact of removing aerosols isn't a new discovery, this study quantifies it for the first time.

For instance, he said, regions such as East Asia that are currently extremely polluted would likely experience severe consequences when anthropogenic aerosols are removed. "Our main finding is that there will be very strong regional effects," Schleussner told Futurism. In East Asia, the impact of an accelerated climate change could lead to increased precipitation and extreme weather events.

By no means do the researchers suggest that we leave these pollutants be. But they want to get across the message that we are not going to curb climate change by combating air pollution alone.

Air pollution has spiraled into a public health crisis in megacities such as Beijing, London or New Delhi, and it needs to be addressed urgently. At the same time, as nations work together under the Paris Agreement to meet their respective emission targets, understanding the relationship between aerosol reduction and global warming becomes strategically important, the researchers say.

"The reason why the aerosol issue has become critical now, is that we've decided to seriously try for at most two degrees of global warming," Samset explained. "If aerosol cleanup led to half a degree of warming or more, then we would have less room for greenhouse gases. We won't be able to completely eliminate air pollution, so it's very relevant to know just how sensitive the climate is to such cleanup."

However Mark Z. Jacobson, Stanford University professor of civil and environmental engineering and director of Stanford's Atmosphere/Energy Program believes that a solution is already there. He told Futurism that "the best strategy from a health and climate perspective is to transition [to 100 percent clean energy] to eliminate greenhouse gases and all aerosol particles simultaneously."

Jacobson, who wasn't part of the study, also observed that it's possible to reduce emissions selectively and "such targeted reductions would not only slow global warming but also improve human health," as a Stanford study suggested.

In general, he believes that no sound climate change policy would focus solely on aerosol reduction. "The most likely policies going forward will result in a transition of all energy from combustion to electricity provided by clean, renewable energy," he explained.

Answering Jacobson's objections, Samset explained that while a balanced solution is the best way forward, it's highly probable that it won't occur in a controlled way. "Air pollution will be reduced — and is, in fact, already being strongly reduced — for health reasons, and we'll just have to deal with the consequences of that," he said.

While questions over the implementation of anti-pollution policies remain open, speeding up emission reduction is paramount, Samset said. "If we're serious about mitigating climate change, we need to also reduce greenhouse gas emissions very rapidly. A very well-known point by now, of course, but here's yet another reason to put force behind it."

Read This Next
Sundowned
Mexico Bans Startup From Future Solar Geoengineering Experiments
Knew It All Along
Exxon Scientists Knew About Global Warming for Decades While Company Denied It
Futurism
Stanford Scientists Warn That Civilization as We Know It Will End in "Next Few Decades"
Fusion vs Fiction
Gloomy Physicists Say Nuclear Fusion Breakthrough Is Too Late to Save Us
Sun Shield
Scientists Increasingly Calling to Dim the Sun
More on Earth & Energy
Doomscrolling
Yesterday on the byte
Scientists Say We're Closer to Nuclear Armageddon Than Any Other Point in History
Putting a Spin on It
Yesterday on the byte
Earth's Core Appears to Have Stopped Spinning, Scientists Say
Naurrrrrrrrr!
Jan 21 on the byte
Authorities Euthanize World’s Largest Toad
READ MORE STORIES ABOUT / Earth & Energy
Keep up.
Subscribe to our daily newsletter to keep in touch with the subjects shaping our future.
+Social+Newsletter
TopicsAbout UsContact Us
Copyright ©, Camden Media Inc All Rights Reserved. See our User Agreement, Privacy Policy and Data Use Policy. The material on this site may not be reproduced, distributed, transmitted, cached or otherwise used, except with prior written permission of Futurism. Articles may contain affiliate links which enable us to share in the revenue of any purchases made.
Fonts by Typekit and Monotype.